Could the Coronavirus Become a Global Plague? 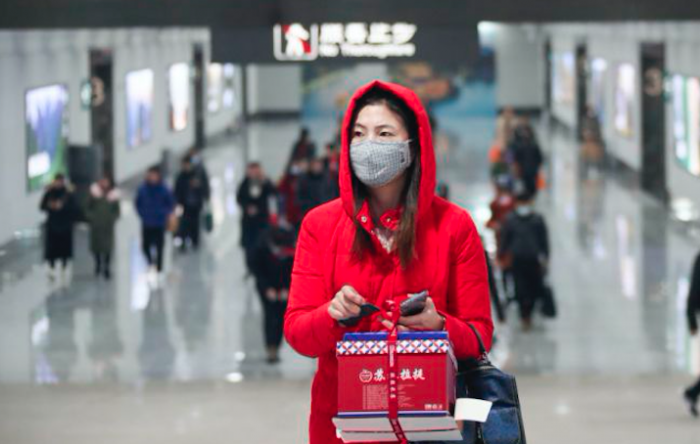 Since bursting on the scene roughly a week ago, the Coronavirus has gone from being an obscure disease in a single Chinese province to what is likely to become the most deadly pandemic in recent history.

It is possible it will become the first pandemic to truly go global in a world whose capacity to deal with it has been severely degraded. And yet, every step of the way, both the general public and official authorities have met it with denial, distraction, and minimization.

There were two figures everyone should have followed closely from the start: rates of recovery and rates of transmission—and neither have been promising. In just the last week, since reports of the virus began appearing in the news, rates of infection have already matched those of the worst recent pandemics; and the end is nowhere in sight, with graphs of its spread fast approaching a cliff face.

Meanwhile, the number of reported deaths at the time of publishing surpasses the number of recoveries, standing at 213 to 187. It is possible that in coming weeks, most individuals infected with the disease will make a full recovery, but it is also possible death rates will continue to surpass recovery rates, as the numbers of victims, worn down and dying, steadily mount, while health systems are swamped.

If the ratio of deaths to recoveries stays roughly proportionate, and not a single new person is infected, we will see about four times the deaths from SARS, the most deadly recent pandemic to date. But far from the virus having been contained, several new countries are discovering infections each day. And it is now clear the virus is spreading from people who show no symptoms, radically complicating detection. Hence, it is quite possible we will see tens if not hundreds of millions of deaths.

The problem is that there are few reports on the course of illness, and they are all anecdotal. The rates of infection have been difficult to measure, while the numbers coming out of China have been unreliable. For the government has a lockdown on news and the internet and may be just as concerned with the state of its economy as it is with the spread of the disease.

An authoritarian state with little sense of international responsibility, and a reputation for holding back information, is the last place anyone should go for information. Yet, this is precisely where international health and news agencies have been getting all too much of their news. A severely underfunded World Health Organization has repeatedly failed to predict the spread of the disease. And they have been almost lackadaisical in their response, meeting with skepticism the initial reports of both its spread without symptoms and from humans-to-humans, which they subsequently accepted.

If China’s numbers cannot be trusted, Japan’s are more reliable and vastly more alarming. Out of 206 citizens recently evacuated from Wuhan, three were found to be carrying the virus, two of which were asymptomatic. But if this is any indication of the overall rate of infection, then roughly 750,000 of the 50 million people under quarantine are now carrying the virus. Figures like these would be stunning, but they are in accord with some public health experts and medics on the ground.

Several days ago, when China was reporting an infection rate half that of today, a nurse in Wuhan leaked a video estimating that 90,000 people in the region already had the virus. That same day, professor Neil Fergusson, a public health expert at London Imperial College, estimated that about 100,000 people probably had it. But if their estimates prove correct, and the infection rate has roughly doubled since that time, as it has in official statistics, this would leave a couple hundred thousand people with the virus in Wuhan alone.

Professor Fergusson warned that the virus could get as bad as the Spanish Influenza, which following the First World War killed three to five percent of the world’s population. Estimates of the death toll range from 50 to 100 million. But if four percent of the world’s population were to die of the disease today, the death toll would amount to a jaw-dropping 312 million.

If numbers like these are close to accurate, the social fabric would be shredded everywhere, as martial law is declared across the world. There would be runs on grocery stores and banks, as commerce ceased along with consumption. And food-insecure countries would likely starve. Meanwhile, the methane released from almost 40 times the number of people killed in the Holocaust, whose bloated bodies have been left to rot in the streets, would become a disturbing new source of greenhouse gas emissions.

At least that is what some of the experts would be telling us if they took their own projections seriously enough to think through their consequences. The problem is that, as usual with major catastrophes, denial is rife and few people are thinking through worst-case scenarios.

It is possible a perfect epistemological storm is rendering invisible what may turn out to be a plague of global proportions. Rightwing nationalism is incapacitating cooperation among nations, and authoritarians are holding back information. A multitude of national crises are distracting attention, and crisis fatigue is afflicting humanitarians. The World Health Organization has been rendered largely inoperable from funding cuts, and the Centers for Disease Control has been made irrational by the rightwing extremism of the Trump appointee at its helm.

As the behavioral economist and Nobel laureate Daniel Kahneman points out, most people cannot think statistically. This makes it difficult for them to trace the future trajectory of the disease, but it also makes it difficult for them to make sense of the meaning of vast numbers. Yet, if few people can think statistically, even fewer know how to think clearly about the systemic effects of global events, which require thinking systemically over vast stretches of space and time.

Meanwhile, most people are biased toward attaching greater moral weight to the lives of their fellow compatriots, making it difficult to grasp the suffering that is already occurring as a result of the disease. And few are able to trace in their imaginations the trajectory of the total social collapse that might occur in the kinds of worst-case scenarios that are not probable but always possible.

Whether these worst-case scenarios actually come to pass remains to be seen. Most experts do not believe they will. But they repeatedly underestimated the severity of the crisis before the World Health Organization finally declared a global health emergency. And whether the worst-case scenarios do come to pass will be largely the result of the kind of precaution that arises from taking these sorts of terrifying outcomes seriously.

Theo Horesh, author of The Holocausts We All Deny