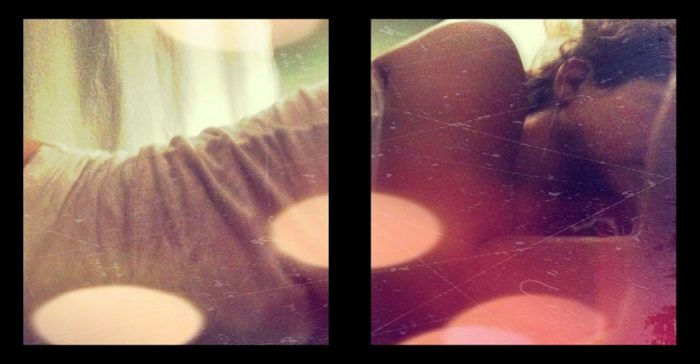 Sexuality, open relationships, polyamory, and the exploration of “sleeping around.”

Toxicity in relationships. Respect and the lack of it.

At what point does an open relationship become sleeping around? Is monogamy a real desire? What does sex mean to you?

As selfish as it sounds, I don’t have the capacity to keep a goldfish afloat right now, let alone try to pursue a relationship. For me, sex is oddly liberating. I feel like it’s an extension of an exploration of my sexuality, and I’m allowed to be sexually free, almost without judgement.

Each person creates a new experience. And coming from a background of self-deprecation, it gives me the feeling of immense femininity and acceptance, which is empowering. But people are all too quick to judge or take advantage of what they see as vulnerability.

An open relationship is a form of non-monogamy, which includes any physical or romantic partnership that is not based on exclusivity. On the outside, all this can be misconstrued as something negative. But why is it seen as wrong in this society to have multiple partners?

It shouldn’t be a shameful thing to discuss. Everyone has an innate want to be desired and to naturally desire others. I feel like it’s a necessary part of being, especially in our young adult years, to explore and be free. Even if that seems crude to some.

I find myself in my mid-20s, and to most, my “love life” probably seems like it’s in shambles. But, to me, I’m just about to start my life journey. And while sex and love are different and don’t always coincide on this journey, they can. This is an important factor and one I believe too many people take literally.

In reality, it’s obscene to think just one person is capable of successfully satisfying every single need. You can love in many ways, and in turn, there are different levels of gratification when it comes to sex. Inevitably, one of the main drives would be pleasure. For me, it’s about being provocative and playful, when I normally wouldn’t be able to. It’s the act or nature of being vulnerable to new experiences and being free to live in that moment. It’s seeing what works and what doesn’t. It’s embarking on your own sexual journey of self.

Open relationships and polyamory function with multiple partners. But is the love or affection only temporary? Who’s to say. It’s not impossible for it to be long-lasting, and nor is it with monogamy, though we have it ingrained in us that we need a partner in order to get through life (which I don’t think is true). As long as we’re safe and not intentionally hurting others in the process, it’s completely okay to explore. The problem lies within people who mistreat or misconstrue the idea that non-monogamy is a valid relationship type, but instead use it for their own self-righteous desires.

And while we’re on the subject, can we please just take a moment to note that this is a thing? When it comes to relationships, some people just have an innate desire to be selfish and in turn mistreat people. I’ve had a hard time coming to terms with accepting that not everyone has the same mindset. There are angry people out there, selfish people, manipulative and destructive people. When you hear terms such as, “I paid for it with my d*ck,” that’s generally a good indicator to bolt. Regardless of what kinds of relationship we’re in, respect should come first and foremost.

I guess I’m saying all this because, quite frankly, I’m done being treated with such little respect because of how I choose to live. It’s a real issue when people think I, or others in the same situation, set ourselves up to be mistreated just because we’ve chosen to live sexually free.

There are such things as boundaries, and I demand to be respected. It frustrates me that men are seen as heroic for this behavior, while women are looked at and spoken to in a derogatory way. Bring queer society into the mix and you’re faced with a lot more stigma. I feel like it takes a certain type of person to allow themselves this freedom—a much more strong-willed person than some may think.

When it comes to relationships and sex, I guess the moral of the story is this:

Have fun being free, be who you are, live without judgement, and stay away from anyone who makes you feel like less of yourself. 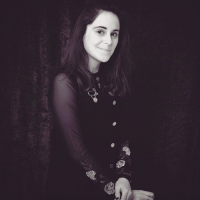 Yasmin Hannah is a photographer currently based in Vancouver, BC, Canada. She is working as a photography assistant for Dina Goldstein, a visual artist. For more on Yasmin, ch… Read full bio

6 Common Misconceptions About Polyamory. I haven’t Freed myself from Sexual Shame, but I’m Learning to Let Pleasure In. {Adult} Letting Go in Relationships: A Buddhist’s View of Attachment.
See relevant Elephant Video