Healing the Donald Trump—in You. 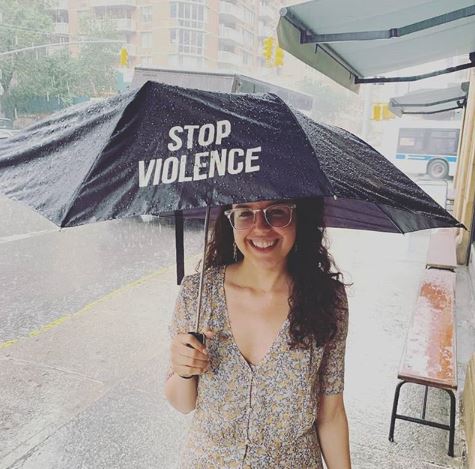 I was once on a four-hour drive with a Buddhist monk.

He had just been on a solitary meditation retreat for six months. I was coming out of five days. I was nervous. He had been in silence for so long. I’d be the first person he’d have a conversation with. What would we talk about?

We ended up talking for hours in a car without air conditioning, under the Colorado sun, intermingled with long moments of the silent presence one feels fresh out of a meditation retreat. We talked about illness, health, traveling, consciousness, evolution, and Buddhism, of course. He shared with me his journey to becoming a monk. Stopped in a traffic jam in the heat of the afternoon sun, I had a burning question.

“Do you really believe in basic goodness?”

The Buddha taught that everyone, no matter who, no matter where, no matter what evil caused, has inherent goodness to them. Everyone, at their core, is good. Those who are not seemingly acting from basic goodness are just really confused. Practices of meditation, mindfulness, and the Buddhist path are ways to one’s basic goodness. The monk, without hesitation hand on his heart said, “Yes I wholeheartedly believe in basic goodness.” And so I had to ask, “What about Trump?”

“What about the harm doers of the world? The rapists? The abusers? Do they also have basic goodness?”

He said, voice cool and clear, “When I look at Trump I ask myself, where in me am I that? There are times I am so confused, so disconnected from my basic goodness that I also cause harm. I practice becoming aware of the parts in me that are asleep. The toxic parts in me that, like Trump, rage and ignore and destroy. I keep practicing to wake up to my basic goodness.”

A wave of understanding washed over me. Yes, me too. I am not always connected to my basic goodness. I too have caused harm with the sleeping parts in me. I’ve projected and miscommunicated and gotten myself into some toxic relationships. I’ve yelled and I’ve abandoned and I’ve ignored. I’ve even set out to specifically say things to people I know would hurt them. I’ve been complacent in my places of privilege that inadvertently hurt others.

If I am to point fingers at Trump for being the ignorant, raging, harm doer he is—well, me too. I also get to take responsibility.

Here we are. In a paradigm run by the Trumps of the world. The entitled white men trampling over everything in their way to get what they want. If you’re here, reading this, you’ve probably already understood that this paradigm is not sustainable. This paradigm has caused genocide, extinction, mass oppression, and the burning and destruction of our planet.

In a world that feels like it’s ending, practice healing the Trump in you.

Prophets and leaders have said it forever. Martin Luther King Jr., Gandhi, Jesus, and Mother Theresa all said that the only real revolution happens right inside of you. For the revolution, it is urgent that we take responsibility for the parts in us that are toxic. Bring them to light. Bring them to love. Awaken them to basic goodness. In the light of love, in the light of goodness, the toxic patterns can no longer remain unconscious. Then, there is choice to respond instead of react.

We get to heal the entitled. Heal the fear of difference. Heal the belief in scarcity that there isn’t enough for everyone. Heal the impulse to horde the resources. Heal greed. Heal the reactivity to want to fight someone, to go to war with someone. Heal even the impulsive Tweeter. As we transmute within us, individuals adding up to a collective, not only are we changing ourselves, we are changing the world.

Rhonda V. Magee calls this need to heal on an individual level adding to the collective personal justice. We are adding energy into the big paradigm of our existence. The more we work with ourselves and share with others, through our work as teachers, healers, and artists, we shape minds and hearts. We change perspectives.

That energy ripples out until we create critical mass.

Critical mass is the tipping point when enough of us are awake to tip the paradigm scale away from the Trumps of the world. Instead of oppression, racism, sexism, abuse, violence, and war being normal—we create a new normal. When we practice waking up to our basic goodness, we are creating the normal of goodness.

As we approached our destination, I looked at my new friend the Buddhist monk, and I got a vision. I saw humanity as a giant organism connected to Earth and all the things in existence. I saw myself as a tiny part of this organism. I understood that to heal this giant organism, my tiny part had work to do. And if we are to heal the organism that is us, we all have deep healing work to do. 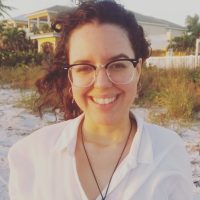 Rysse (pronounced rise) is a queer woman descendant of the Dominican Republic. She is a Transformational Coach Healer and has a Masters in Contemplative Psychotherapy and Budd… Read full bio

Three Simple Buddhist Practices for Dealing with War, Aggression & Fear. The Practice of Peaceful Abiding. How to Cultivate Compassion. Read why you’re Basically Good. How to connect with our Basic Goodness.
See relevant Elephant Video