An old Fable to inspire Hope (& Action) in the light of Charlottesville. 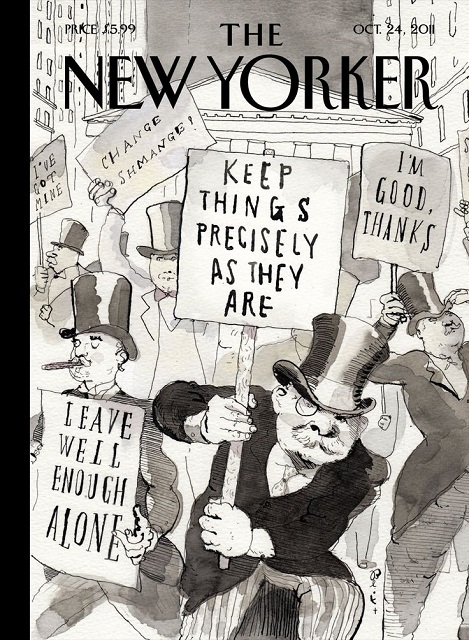 For elephant’s full coverage, and photos, and video, and quotes: here.

After my body and heart
healed (healed being a relative term) from the trauma of Donald Trump’s election last year, I began to joke with friends that we must be the “Unfortunate Ones Left Behind.”

I laughed as I suggested we must have accidentally missed the invisible portal in the wall, the one that led back to the world where the polls were right and Hillary had won. The world where Donald Trump had slunk back into the shadows, and his followers—the most dangerous of them anyway—had vanished along with him.

Just on the other side of this invisible portal, America was leading in renewable energy and creating millions of new jobs in this industry. We knew we were not perfect, but we maintained moral respect as well as human rights authority around the globe. Here, in this pleasant and evolved land, tolerance and acceptance were standards and norms of behavior from workplaces to college campuses to city streets. Intellectuals, journalists, and scientific evidence were revered and respected. Love and peace reigned.

To be sure, though, the people who discovered this magical portal did not forget their close call with authoritarianism, and their flirtation with the darkest side of human nature. They did not dare neglect the important lessons. As they sighed with relief, they accepted how divided they had let themselves become, and then dedicated themselves to reaching out to heal these divides.

They chuckled a little uncomfortably at their own blind spots, and began to accept that while they had worked to heal some pain in our country, they had ignored other equally important pain. So, they diligently got to work bringing more jobs, more education, and more love to hurting communities. They wiped their brows as they reminded one other that a world of love, compassion, and peace does not come about or last without hard work and constancy.

Perhaps I joked about this portal because I had just read a fantastic science fiction book in which the heroine used portals to move about to different times and places. Perhaps I joked because I could not bear to face the reality that there is no portal and there is no other, better world. There is only us, only now, only here.

It’s been over seven months now. The time for jokes is over. This sh*t’s real.

The horrendous videos and pictures from Charlottesville, Virginia are real, and happening in the present-day.

The images of men (some women, but let’s be honest please) carrying Nazi flags, Confederate flags, and raising their arms in Nazi salutes are real, and present-day.

A picture of a man wearing a shirt with a quote from Hitler on the back is, sadly, real and present-day.

The fact that our president has denounced Nordstrom for not carrying his daughter’s fashion line more strongly than he has denounced white supremacy is not a bad dream.

I admit that yesterday, I ran my hand along the walls of my reality, hunting for that invisible portal to sweep me away, back into the world I thought I lived in.

This desire, this fear, springs from thinking that I cannot do anything about what’s happening in our country. That I am only one voice in a crowd—and a fairly small, conflict-averse, introverted one at that.

Have you heard it? Part fable, part truth, the story goes like this:

A group of monkeys, observed in the wild for a number of years, was given a diet of sweet potatoes, often still covered in dirt. Generally, the monkeys would eat them, grit and all. Until one day, a young female monkey had the wild idea to wash her potato in a stream before eating it. Imagine how much better it tasted. Her friends and family witnessed this act, and followed suit. Soon, the entire group of monkeys on this island washed their sweet potatoes before eating them. But this was only the beginning.

The most fascinating part, as the story is told, was that other groups of monkeys, not geographically connected to this group, also began washing their sweet potatoes, at about the same time. The researchers witnessed and documented a social change taking place, one that improved the lives of their society as a whole. It was all because of this one creative, thoughtful, forward-thinking monkey.

The idea behind the story is two-fold.

Firstly, as individuals, we can and we must contribute our voices and our actions to make a real difference in the world.

Secondly, once an idea reaches a particular critical mass, the consciousness of the entire population, otherwise known as the collective consciousness, will leap over continents and oceans to change the world forever.

In the story of the 100th monkey, 100 is that critical mass number. At that point, the consciousness of the monkeys “tipped,” and an idea that may have been held only by a few was suddenly common sense and widespread knowledge.

Malcolm Gladwell states in his book, The Tipping Point, that “ideas and products and messages and behaviors spread like viruses do.” It only takes about 20 percent of the population to believe in an idea for that idea to become mainstream. The tipping point is the critical mass at which our collective consciousness shifts/expands/rises to accommodate the new concept the minority has been working for.

According to Wikipedia, the collective consciousness is “the set of shared beliefs, ideas, and moral attitudes which operate as a unifying force within society.”

According to me, the collective consciousness is the f*cking portal.

It is through impacting the collective consciousness that an entire culture can take a giant step forward. If you’ve ever played the children’s game, “Don’t Spill the Beans,” this is exactly how consciousness tips. No one knows exactly when their bean, their contribution, will be the one that tips the whole bucket. This is how we address toxic masculinity. This is how we challenge the patriarchy. This is how we tip paradigms and build the world we want to live in.

This change is, actually, firmly in our collective reach.

According to a recent joint study between Yoga Journal and Yoga Alliance, 36 million people now practice yoga, and its teachings of love, unity, compassion, and oneness. That’s roughly 10 percent of our population, which is already halfway to the tipping point.

And this is only yoga practitioners in the United States. Throw in the countless other dedicated spiritual practitioners around the globe of various other traditions, eco-conscious folks, mothers who have children, teachers who have students, societies that have minority populations, scientists and lay people interested in renewable energy, and people who drive cars, eat food, drink water, and want well-paying, stable jobs, and I feel like we are more than prepared to stamp out the rise of hate.

According to this same study, half of these yoga practitioners say they “live green, eat sustainably, and donate time to their community.” Seventeen million is not an inconsequential number. It wouldn’t simply blend in. If it were happening, I feel like we would know it. I feel like it would be front-page headline news, something like, “Millions of Yogis, chanting Namaste and breaking for Sun Salutations, take to the streets to fight back against Neo-Nazis.”

Someone might tell me that a headline like this belongs to a different time. That I must be living in another world.

But I say no. This idea belongs right here, and right now, in this world. Because there is no portal.

So, let’s all start washing off our sweet potatoes, monkey-style.