How to Make your Family go Vegan. 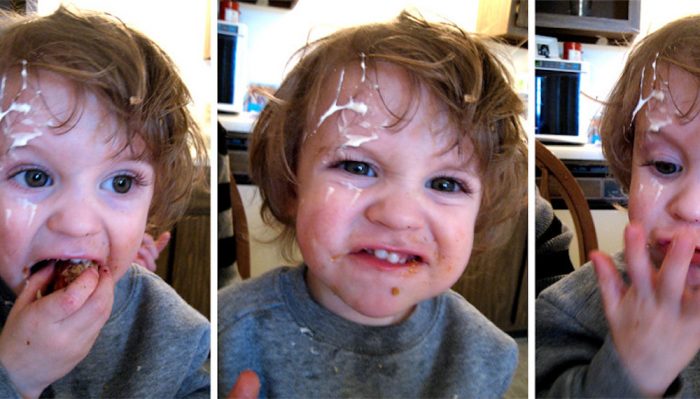 So you’ve taken the plunge and sworn off all animal products.

You’re confident and proud of your decision to lead a more compassionate lifestyle.

But what about the rest of the family? If only you could get them to make the switch too, life would be so much easier.

That was me, a few years ago. I decided to go vegetarian after watching “Cowspiracy.” That night, I swore to myself and my husband that I wouldn’t eat meat again. But…I didn’t exactly think the whole process through. See, I do the majority of cooking and grocery shopping in my house, but what would that mean for the rest of my family if I wasn’t eating meat? Well, it meant something’s gotta give, one way or another. And it wasn’t going to be me. So here’s how I made my family vegan.

If you’ve read this far, I apologize in advance for what I’m going to tell you.

Step #1 to making your family vegan: You can’t.

Now, before you get angry, let me explain. You can’t make anyone do anything they don’t want to. Kids, adults—it doesn’t matter. And as much as it would make it so much simpler to have everyone eating the same meals, you can’t force it.

I spent over a year cooking separate meals for me and the rest of my family. Don’t get me wrong, I love cooking, but having to figure out different dinners every night was not exactly fun. However, I got pretty good at making meals that were primarily plant-based and adding some meat for the rest of the family. But eventually, that got old. So I told my husband I wasn’t going to buy meat anymore. And, if he wanted it, he would have to buy it himself.

That lasted for a couple months. But again, the whole meat thing was really starting to get to me. So once again, I laid it on the table and told my husband that if he wanted meat, he would have to cook it himself.

I honestly thought he was just going to cook his own pork chop or sausage or whatever, but I nearly fell over when he said, “I’ll just eat what you’re eating.”

And that’s how it happened.

That’s how I made my husband vegetarian…and then vegan. I didn’t pressure him, I didn’t force him; I just ate my vegetables and let my actions and plate do the talking.

When we’re trying to make a big change to our life, we need to alter our beliefs and our habits. But we can’t force that on others. They need to make those changes themselves, in their own time. We can support, encourage, and enlighten them, but we can’t force them. As soon as we start using a heavy hand, or fork, we will immediately be met with resistance.

So how do you get your family to join you on your plant-powered journey?

Start with explaining and educating them on your decision. Letting them know how and why you came to this point will help them to understand and hopefully accept your decision.

Next, work on mastering your plate. Make food that everyone can eat and enjoy. And if it means adding some animal products to everyone else’s plate, so be it. But let them experience and enjoy a plate full of delicious plant-based food and use the meat as a side dish.

Encourage your family to participate in meal preparation. Get them to pick out new fruits or vegetables to try. Or maybe a new veggie recipe they found online. They will be more likely to try new dishes if they played a role in making them. You might even blow their minds with some amazing meals that “couldn’t possibly be vegan.”

My final piece of advice is to let them go at their own pace.

My husband ended up following my lead, about a year behind me. But the kids took longer.

Meal time can be stressful enough when you have kids, and the last thing we want to do is add more anxiety to their plate by forcing them to eat or not eat something.

My kids were very much in charge of their journey, and are still on it. I gently let them know if something isn’t vegan, and I’m always excited to point out things that are. And they are quite content eating plates full of yummy vegan food (and vegan cupcakes).

So that’s how I made my family vegan—or, rather, how they chose to become vegan on their own terms. 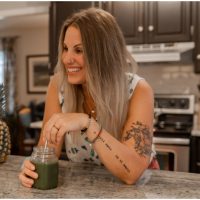 Jen Weare is a Registered Holistic Nutritionist, Belief Clearing Practitioner and Vegan Coach. She’s the owner of Hol:Life Hub, a plant-based website with a mission to i… Read full bio