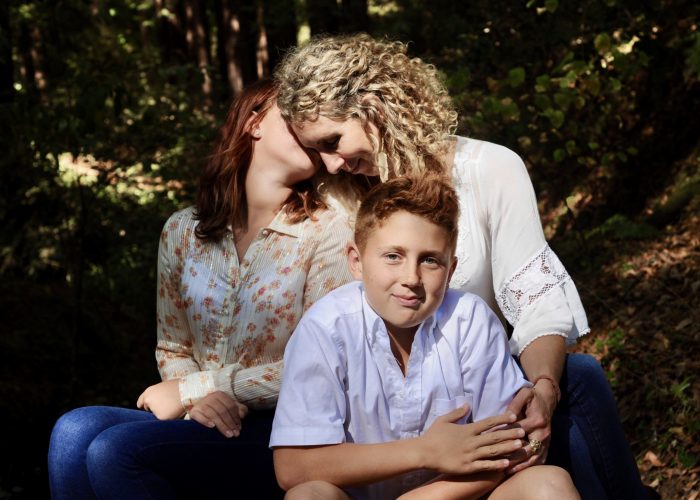 One recent night before bedtime, my children and I gathered in the living room for a family meeting.

My daughter Arayla, who is fourteen, had called the meeting, informing us that she had some “grievances” she needed to clear with her younger brother, Ezra.

Ezra, who is eleven, trudged slowly into the room, wrapped in a blanket. He plopped himself down in a big chair opposite his sister, exuding obvious resistance.

Arayla sat poised on the couch with fire in her eyes. I got up and lit a candle, and then sat back down. The tension was palpable.

What followed was a challenging and painful conversation, as my children powerfully unearthed a multitude of unresolved feelings between them. Tender and raw, they both cried deeply.

Occasionally I would mediate a bit, to facilitate greater flow, but for the most part, I simply held space for their process. At times it was nearly unbearable for them to stay with it. I watched them dancing with the temptations of judgment, blame, and defense.

In moments I marveled at how consciously my kids were communicating, mirroring back to one another what they each were hearing, diligently tending the possibility of repair.

But other moments were sticky and tricky and messily expressed, bordering on the edge of creating fresh wounding.

In moments I felt awed by their courage and emotional intelligence. In other moments I was horrified and saddened to learn of the hurtful content of their grievances. Vulnerably, I couldn’t help but wonder how this reflected on my mothering.

I listened intently as they talked about what it means to prey on one another’s vulnerabilities and insecurities. I witnessed them as they took turns exposing to one another the specific instances in which they each had felt injured by the other’s words. I watched them stretch open to take in the harm they each had caused.

It was really something.

They delved into the complexity of their sibling dynamic, first-born and second-born, big sister and little brother, daughter and son, and revealed to one another how confused, trapped and lonely they each feel at times inside the defined roles of their relationship. They talked about a longtime presence of competition between them, of which they were both feeling weary.

At one point my children turned and put me in the hot seat, offering me challenging, tearful feedback about what it feels like to them when I raise my voice or when I am quick to react. They talked about the heartbreak they have harbored, as children of divorced parents, children of a single, hard-working mom; ways they have longed for a quality of attention I’ve been too busy to provide.

I had to work hard to not defend myself, to openly receive them, while burning in the mirror of my own inadequacies. Tearfully, I gave presence to their grief, acknowledged my limitations and mistakes, thanked them for telling me, and made a fresh commitment to embodying my presence and love with them in ever-truer ways.

It got late, and we all got tired, and we stumbled to bed still tearful and tender, with pieces of our hearts still untidily scattered all over the room. I found myself wishing for us all a deeper sense of resolve.

As I tucked Ezra in, pulling his covers up snug around his body, I could hear his breath was still thick with emotion. I kissed my boy’s head and told him how proud I was of all his true listening and honest expression. I called to the holy ones to come and tend his hurting heart.

I closed his bedroom door and then went and found Arayla and hugged my beautiful girl close. I thanked her for following her wise instinct for calling the meeting. I acknowledged her brave sharing, and I praised her for modeling patience and forgiveness with her brother.

Then I crawled into bed and lay in the dark with both of my hands holding my own aching heart. I could still feel the sting of the painful reflections, both between my children, and toward me. I burned in the hot fire of inadequacy and shortcoming. I grieved.

And then, with a deep breath of self-compassion, I opened wider to bear the limitations inherent in motherhood, inherent in humanness. I asked for self-forgiveness, and I went to sleep.

In the early morning hours, as I was just beginning to stir, Ezra came and crawled into bed with me, backing his body up into my spoon. I snuggled him close and felt the blessing of his comfort. And there in the dark, our hearts fresh and still raw, we each shared the words we needed to, to bring further resolution.

I felt the gifts of trust and respect deepening between us.

After we got up, as I tended to breakfast, I caught a glimpse of my children in a full embrace in the living room. I heard Arayla say to her brother, “I feel so much better now. Thank you.” And I heard Ezra reply simply, sweetly, “Me too.”

True relationship is not for the faint of heart. It is a flawed and fumbling precious work of art, crafted from grit and grime and grace, overflowing in apology and forgiveness.

Bless us all as we give everything it takes to show up for true love.

*Shared with gracious permission from my beautiful children, Arayla and Ezra. 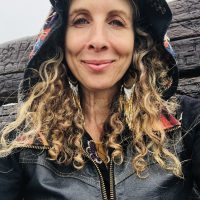 How to Respond, Instead of React: 4 Communication Tips Essential to Your Relationship. Children are not Ungrateful & they Don’t Owe Us for Parenting Them. Mindful Parenting: The Illusion of the Perfect Parent. Embracing Emotions & Letting Go. ~ Kristen Hedges 10 Ideas for Raising Culturally Aware Children.
See relevant Elephant Video