The Keys to a Thriving Relationship: Real Talk with Will & Jada. 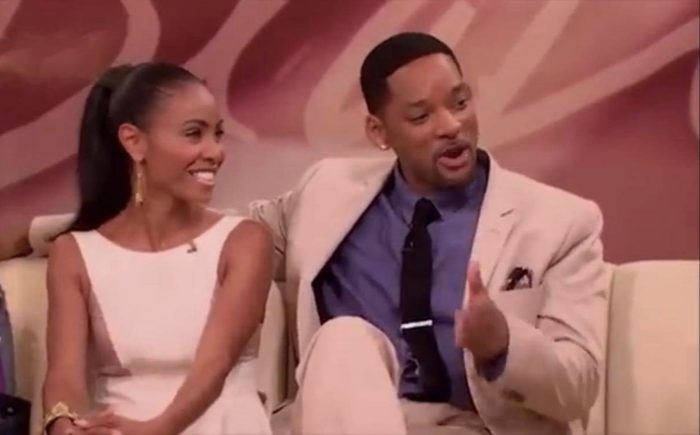 “I knew there was something in our energy, and we’d be magic.”

Will Smith could hardly wait to meet Jada Pinkett on the set of “A Different World.” His friend was set to introduce them when another woman caught his eye instead. He never met Jada on the set that night, and the magic would have to wait—it would be years before they’d get together.

Their story began the way many of ours do—full of near-misses and plot twists, followed by the same hard work and mistakes that are common to so many of our relationships. And like many of us, they suffered, struggling with a relationship that was no longer working.

The first time I saw Will and Jada Smith talk about their journey, I was floored. I could not believe how open and honest they were, discussing their imperfections and failures freely in front of millions. They practice a level of authenticity and vulnerability that many of us aspire to. They found the courage to be brutally honest about who they are and what they wanted. And they risked everything they thought they knew about relationships to redefine it into one that worked for them as individuals as well as a couple—and they’re still going strong.

I never thought I’d get inspiring relationship advice from a Hollywood couple, but what they have to say is so full of wisdom that it has the power to transform our lives.

Here are a dozen nuggets of their wisdom that really resonated with me:

“I used to think that if I didn’t need someone I didn’t love them—and if I wasn’t needed, I wasn’t loved.” (Jada)

“Ultimately, you have to be in a relationship with a human being. An imperfect, flawed human being.” (Jada)

“We came into this false romantic concept that somehow when we got married we would ‘become one’—and what we realized is that we were two completely separate people on two completely separate individual journeys and that we were choosing to walk our separate journeys together. Her happiness was her responsibility and my happiness was my responsibility.” (Will)

“It really doesn’t matter whose fault it is that something’s broken if it’s your responsibility to fix it.” (Will)

“I had a lot of emotional maturing to do. I realized that I had a lot of childhood traumas that I brought with me that I wasn’t aware of.” (Jada)

“I can’t expect someone to love me more than me. If you don’t like being with you, what the hell makes you think somebody else wants to be with you?” (Jada)

“I’ve worked on myself. I’ve read 50 books on marriage, relationships, and behavioral psychology. I was not going to fail in this marriage. But I shut down for two entire years to see what I was doing wrong.” (Will)

“There is nothing greater for a human being than to feel understood.” (Will)

Will and Jada Smith have been open about their journey. Their interview on “Red Table Talk” was an engaging, relatable view into their relationship, and how badly they wanted it to work—it was inspiring as hell.

Despite all of their success, they deal with the same demons and struggles as the rest of us. They found the courage to be brutally honest about who they are and what they want and put the very difficult work in to transform their relationship.

We often isolate ourselves with our struggles. We keep our relationship issues hidden, even from ourselves, until it’s too late. But it doesn’t have to be this way, and Will and Jada show us a brave and vulnerable path to follow.

There’s no shame in having relationship struggles. After 20 years of marriage, they are proving that courage and vulnerability are the keys to a thriving relationship. It’s time for us to flip the script—to trade our fear for courage, and give ourselves the best chance to have the relationships we’ve always wanted.

Why it’s difficult for us to Find & Maintain Love—according to Will Smith. The Communication Tip that saved Will & Jada’s Marriage (& will Save yours Too).
See relevant Elephant Video