The Most Beautiful Woman in the World. 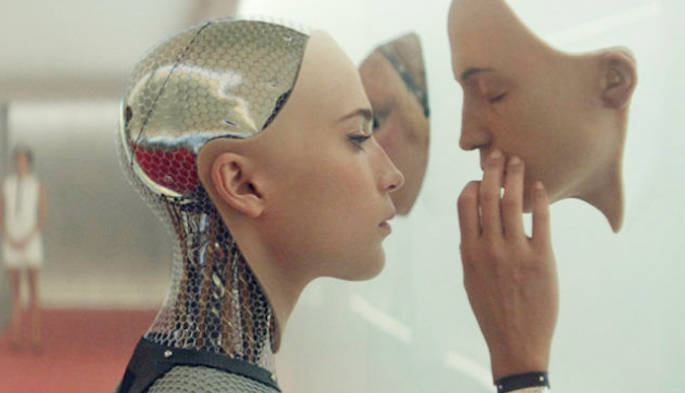 *The below is fiction. It’s not real. But it’s true. Life is but a dream. May it be of benefit! Contribute your fiction here: elephantjournal.com/post.

Willing, that was the word they used, forever willing and forever yours.

We are the most beautiful women in the world. They, these men from the city, they came for us. Well, not for us. They came for her. But they settled for us: her skin, her hair, her lips, her nose, her blood, guts, and fuck-able, warm flesh.

They never said how or where they found her. She was in a village. The only man in the village was her father, and he would not let them take her.

In the night, they took us in a lock of hair. Her “DNA,” or so I am told. They stole us from her. They loved us. They made more of us; sold us as clones:

The Most Beautiful Woman in the World

Available for lease or ownership.

The “Common Man” loved us, some hurt us, some idolized us. Like all possessions, they neglected us. Into the closet of refuse with the barbies and blow-up dolls. They would leave us locked in the room all day and complain when they found us dead. Some didn’t stop even then, but most complained. At first, they made us without care and we would die too soon.

“It’s bad for business,” they would say.

They made the new models healthier; we lasted too long.

The Most Beautiful Woman in the World Model 2.0

Requires only one meal a day, lasts a lifetime.

Production slowed. It was bad for business. The men would grow old and become disinterested. They would cry a lot and try to talk to us. But we didn’t have anything to say. They would die; we would sit and wait to be collected. It was all very boring.

Then someone said, “Men want to talk to the beautiful girl.”

The Most Beautiful Woman in the World Model 3.0

Walking, talking, loving. Rescued from the clutches of an abusive father and preserved. Hear her story; fall in love all over again with a simple upgrade.

Production almost stopped completely when the world came to the realization that clones, like humans, could gain weight. Until this time, the men had fed us whatever they could get their hands on. A company came out with a product similar to dog food that was cost-efficient and kept us fed. But, we spent most of our days in bed and soon our bodies wore out. The real hit came when a famous talk show host gave a speech during one of his shows.

“So boys, how are you liking your new ladies?”

“I am having this problem, see. I upgraded to this new model, pretty little thing, buck five, 20 of it in her chest right out of the box.”

“I’ve had her for a month and she’s packed 30 pounds right on to her gut. It’s like going to bed with my ex-wife! I paid a small fortune for something that gains weight without even cooking my damn dinner!”

It was bad for business. They sued the company who made the Clone-Food. They added chemicals that ate away fat particles. Production stabilized.

When we broke or got sick, the customers were disappointed. It was bad for business.

To whom it may concern,

I paid a fortune for this thing. I refuse to pay hospital bills on top of it.

I belonged to that unsatisfied customer. He had me fixed. They put metal inside of me. It hurt. At night, it made noise. I couldn’t sleep; he couldn’t sleep.

He would yell at me, “I wanted a woman, not a toy!” Then he would climb on top of me and cry.

All of the real women have gone away. He would pace around and talk to himself. He would look at me then look at himself. He would throw me down but nothing would happen. He stopped leaving the house. Every morning he would roll over un-slept and stare at me. I would stare back and wait.

“Fuck you,” he said one morning as we lay in bed.

“I love you more than anything,” I told him.

“Fuck you, Fuck you. FUCK!” he got up and walked out of the bedroom, turned, locked it.

I heard him walk to the kitchen. I heard him open and close the fridge, turn on the TV. Every day this happened. He would sit and stare at me for hours telling me how beautiful I was until he was blue in the face with anger. I wanted to help him but he didn’t want me anymore, but me is all I am. Every sleepless night, as soon as he lay down next to me, I placed my head on his chest and pretended to sleep.

One day he came into the bedroom holding a knife.

“I love you more than anything,” I told him.

He slit his own throat and bled out onto the bedroom floor. I was still on the bed. I couldn’t sleep. I could feel myself shutting down. I sat down on the floor next to his body and curled up to his open arm but he didn’t move.

“This one is busted,” said one of the men who found me a week later.

“Bring her back to the factory and have her decommissioned.”

One of the men picked me up and cradled me in his arms as the other put the man in a long black bag.

The Perfect Woman. Men, Here’s Where the Woman of your Dreams is Hiding. What Women Really want Men to Look Like.
See relevant Elephant Video