The Science behind Women’s Intuition (& How to Harness this Female Superpower). 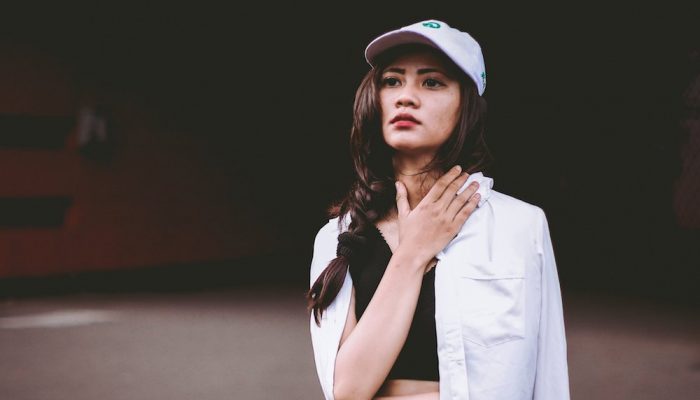 Intuition is when we get positive or negative feelings about something without applying analytical reasoning.

Sometimes we call it women’s intuition or our gut feeling, but did you know that there is actual science behind this phenomenon?

Researchers have found that this form of unconscious intelligence happens because the human brain is constantly comparing patterns of human behavior, body language, situational history, and other sensory information to predict what will happen next. In the brief second it takes for us to walk into a room and immediately feel that something is wrong, our brains have processed irregularities, similarities, and repetitions between the information available at that moment and our stored knowledge.

What’s more amazing is that we don’t even realize which patterns our brains are analyzing. It could be the subtle way humans express higher levels of the stress hormone cortisol through a flushed face or furrowed brow. Or perhaps our brains recognize someone has dilated pupils or a slight glimmer of sweat from increased adrenaline.

Of course, we can all remember recognizing the look our mothers gave us when they were pissed about something and we were about to get it. “Uh oh. I’ve seen that look before, and through extensive research I can logically reason that something bad is about to go down between me and my mother.”

Biologically, we are hard-wired to avoid danger even when we’re not consciously thinking about it. As soon as potential danger is recognized, the brain sends out signals to the rest of the body. “Whoa, buddy! Hold on a minute before going in there…” The little hairs on our necks perk up, or we get butterflies in our stomach. It could even be good feelings of excitement or positive energy we are picking up.

According to Dr. Judith Orloff, MD, Assistant Clinical Professor of Psychiatry at UCLA and author of Guide To Intuitive Health and The Empath’s Survival Guide, intuition operates through the entire right side of our brain and down through the gut.

Interestingly, women’s corpus collosum, the connective white matter that connects our left and right brain hemispheres, is thicker than men’s. This more substantial connection material gives women better and faster abilities to access each hemisphere, further integrating our emotional feelings on the right with the more logical left hemisphere where decision-making takes place.

To reiterate what most of us already know to be true, women are actually optimized for rapid and intuitive decision-making.

So, where does the gut part come in?

Our brain and gut are connected by an extensive network of neurons, chemicals, and hormones that constantly communicate with each other. The second your brain starts picking up bad vibes from the “mom look,” your stomach may react by feeling queasy.

Listen to what your body is trying to tell you, and don’t just chalk it up to having random fears or too much anxiety. Society has long been trying to convince women that we are stifled by our emotional reactions and therefore unfit to make challenging decisions under stressful situations.

No, we are actually better served and empowered by our intuitive nature.

We have superpowers—and that’s dope.

There have been times when I should have listened to my gut but I didn’t.

I have had a highly intuitive sense my entire life, and it has guided and helped me well—when I have allowed it to. The only times that it has failed me are when I made excuses or listened to someone else instead of going with my gut, and I will never do that again. Just this past holiday season, I made this mistake—hopefully for the very last time.

My best friend and I were about to head out to our annual Christmas celebration with a group of old friends, and I had been feeling anxious about it for several weeks. Something was telling me not to go, and I told her that I had a bad feeling about it. It came as no surprise, really, because we knew that one of the girls who would be at the party was bad news and would probably start something if she got to drinking.

For years, I had been telling myself that personal boundaries needed to be put in place with a lot of people in my life so that I would no longer feel bad about myself, but so far I had been taking two steps forward and two steps back. I hadn’t been listening to my intuition; I was listening to other people’s wishes and the people-pleasing side of myself that wanted to keep the peace.

Well, that blew up in my face. Even though my gut feeling was telling me to stay behind while the rest of my friends enjoyed the party, I went anyway.

It turned into a disaster.

I don’t want to disrespect anybody by describing the exact nature of the confrontation, but I ended up on the front porch with this girl as she abusively screamed at me. Other people go involved, and we ended up leaving early. The situation left me feeling so panicked and completely freaked out that we had to pull over on the way home so I could throw up.

I can’t tell you how angry I was at myself for not listening to my gut. If I had listened to it, I wouldn’t have spent the next couple of weeks angry, shaking, and crying with my headphones on, listening to mood music and contemplating a long visit to the local pub.

When your intuition speaks to you, please listen to it. I will from now on. That’s a promise I’m making to myself. 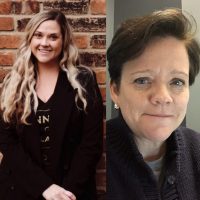 Brooke Collins is a health and life coach from Rochester Hills, Michigan.  Her specialty is to work with people who are overwhelmed and help them get clear on their prioriti… Read full bio

How the Bacteria in Our Gut Influences Our Minds. What should I do? How to Listen & Follow your Intuition.
See relevant Elephant Video