What Kobe Bryant’s Tragic & Untimely Death taught me about my own Near-Suicide.

Vanessa Bryant speaks on the deaths of Kobe and Gianna

“…it’s impossible to imagine life without them. But we wake up each day, trying to keep pushing because Kobe, and our baby girl, Gigi, are shining on us to light the way.” pic.twitter.com/gHdVJZ7AlS

I was sitting in a restaurant bar by myself drinking a margarita and eating an enchilada and being proud of having the balls to get a table for one when I heard about the tragedy that we now can’t get away from.

The one that dances across every web page and social media account and television screen: basketball great Kobe Bryant and his daughter, Gianna, killed in a tragic helicopter crash along with seven other souls.

I had a lot of thoughts and feelings as the four or five of us sat in that bar and watched the newscast, details spilling out as they were discovered. These were thoughts and feelings I’m sure most of society had in reaction to the news: shock, sadness, disbelief. But the real challenge in dealing with the emotions surrounding the crash and subsequent deaths came later that night in the comfort and emotional safety of my own home, rather than surrounded by strangers in a bar.

I was getting myself ready for bed a few hours later when the shock and sadness over Kobe and Gianna shifted into something else, something I’m sure some of society was also feeling: pain and visceral heartache for someone left behind—Kobe’s wife, Vanessa. But this pain meant something different for me. It brought something different to the surface. It whispered words to me that it didn’t whisper to others.

First, I thought about the unimaginable thickness of her grief, the tearing open of the delicate flesh of her heart. Then I thought about the burning rays of sun setting and the sky melting into darkness on her first night as a widow. But mostly, I thought about how the morning would still come for Vanessa. How the black of night would slip into a bronze sunrise and she would have to agonizingly start a new day, the very first day, with her husband no longer by her side. I thought about how time doesn’t stop, even when it feels like it must, when it feels like you can’t go on, like the world can’t possibly keep turning on its axis. The morning still comes, Vanessa’s morning would still come, the sun would rise with the crushing pain of her loss and grief and utter devastation.

And then, without warning, I thought about the people I almost placed in this exact position a year and a half before.

When I was at the lowest low in my fight with depression in August of 2018, I was severely suicidal. My family’s loss, their morning after, their first day without, didn’t occur to me. And there’s probably some unwritten rule somewhere that says I’m not supposed to say that out loud, but it’s the truth. I was so entrenched in the mental wreckage of the depression and suicidality that I couldn’t see beyond it. My mind was overcome with one job: ending the pain and suffering. And the only way that seemed a guaranteed way to do that was ending my life.

My thoughts about Vanessa Bryant and her grief forced me to look square in the eye at one of the hardest realities of suicide: the survivors. I was overcome with unparalleled sadness as I felt the heaviness of what I would’ve been responsible for. I sat in my recliner, covered in a blanket, a box of Kleenex lodged next to my leg, and let myself cry. I cried for the untouchable pain I would’ve caused. I cried in gratitude for the thin piece of thread I hung on by during that time. I cried for everyone who cared about me then and cares about me now. I cried for Vanessa.

Some part of me forged a new dimension that night. The reality of Vanessa’s loss brought to the surface something lurking within me that hadn’t had the courage to show its face. Perhaps I hadn’t had the strength yet to deal with it, to feel it, to feel the weight of the responsibility, or the gravity of the gratitude. Maybe I needed the last year and a half of healing to get to a place I could handle the waves that came with this particular storm of realization. The space I am in now is one where I can breathe and lean into my pain. I can acknowledge that I may live with chronic suicidal thoughts for the rest of my life, but I don’t have to act on them. And now, to add to the arsenal of tools that will keep me here on this earth until my natural end, I can vividly see the morning afters I don’t want to be responsible for.

My heart aches for Vanessa and for all the mornings that follow, and simultaneously, my heart opens wide with gratitude for the lesson she’s inadvertently bearing the weight of teaching me about the value of my life.

If you need help, there are international call lines available here. 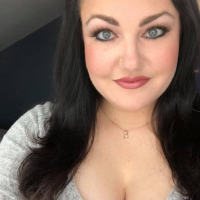 How I feel about Kobe. Kobe’s Personal Foul & my own Rebound. Suicide: the Struggle, the Truth, the Light.
See relevant Elephant Video