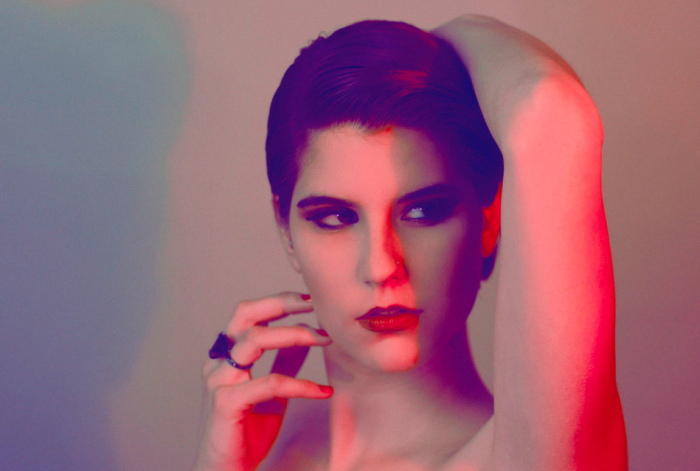 Experts say that sex can be either “person-centered” or “body-centered.”

Person-centered sex is when you find yourself connecting on an emotional level to your partner. The emotional connection doesn’t necessarily mean you need a committed relationship; there are plenty of friends with benefits (FWB) relationships where the sex occasionally becomes person-centered.

I’m going to add another type of sex into the mix; let’s call it business sex. Business sex is transactional. You may not even be enjoying it, and you certainly aren’t worried about your partner’s emotions. Transactional sex is the kind of sex sold by sex workers or the type of sex a wife has with her husband out of duty. I’m not saying there is anything inherently wrong about either of these arrangements; I’m just acknowledging their existence.

Learning this caused me to consider all the reasons I’ve had sex in the past:

1. To get something I want.
I’d be lying if I said I’d never had transactional sex. I have never been a sex worker, but they aren’t the only ones who use sex as a barter system. When I was with my ex, our relationship involved a certain amount of transactional behavior. In fact, most of the sex between us was transactional in one way or another.

It wasn’t the healthiest of relationships, but I was too young to know better.

2. Procreation.
My road to motherhood was complicated. Having my biological children required medical interventions. I’ve heard people describe this sort of sex as unromantic because, in those instances, you are having sex because your calendar says you must. However, I’ll argue that having sex to advance a joint goal as important as building a family is romantic as hell.

Hubby is never upset when I ask for an orgasm, and I doubt he feels used. After all, he’s getting something out of the deal as well.

4. Sometimes I’m stressed out.
After a particularly stressful day, an energetic romp has the same endorphin-boosting effect as a brief cardio session. Those feel-good hormones help me destress and ensure that I’ll get a great night of sleep instead of lying in bed with my mind racing. Again, Hubby is typically happy to be part of my stress-relief plan.

5. Sometimes I’m curious.
There have been times I met a man, and our chemistry is intoxicating. When this happens, I become intensely curious about what he would feel like naked. When I met one such man, we danced for several hours, and the rhythmic movements combined with the way his large hands rested gently on my hips had me wondering what he’d feel like doing a horizontal waltz.

6. Sometimes I want to be as close as possible to another human.
Lovemaking is a better label for this type of sex. These are the nights that I am so in love with my husband that I want to wrap myself around him so tightly that it feels like we become one person moving in rhythm together. Lovemaking is my favorite type of sexual experience because we are both focused on bringing the other to a euphoric state of arousal.

Our hands never stop moving, looking for new places to explore. Our kisses are intense, our lips red and swollen when we finally part. Afterward, we are both breathless and drenched in sweat, but not yet ready to break apart.

7. Sometimes I want to say thank you.
Sometimes I am looking to give my partner as much pleasure as I can, without worrying at all about my orgasm. I know I can get one of those anytime.

Hubby is an expert at chore-play. He understands that doing housework and childcare aren’t things he does to help me out, but rather part of being on the same team. I think this is because he was a single father for so many years so he knows what it takes to run a household.

I have a fantasy about thanking a handyman for a job well done with sexual favors, although that may fall into the transactional category.

8. Sometimes sex is just plain fun.
Fun is the category of sex that would make my parents superbly uncomfortable to read about. Fun is the time we broke into a theater and got busy on a grand piano, or a quickie in the woods while on a hike. Sex is supposed to be fun. We don’t stop playing because we get old, we get old because we stop playing.

I’m also a big fan of playing sexy games to keep the playfulness alive in a relationship. Research agrees with me, saying that humor improves connectedness in long-term partners. Why not add in a game of strip Jenga tonight before bed?

9. Sometimes I want to feel good for just a few moments.
Lately, as I’ve been battling medical issues that cause widespread chronic pain, I’ve sought sexual contact because after a day of pain and discomfort, I want something that feels good. On these nights, I’ll turn to Hubby and ask him to make me feel good. Often I’m crying. He’ll begin stroking my skin lightly with his fingers and following with gentle kisses. He’ll spend extra time on the parts he knows are most bothersome.

There’s always an agenda or a feeling behind it. Describing it as just sex not only cheapens the experience but makes human sexual behavior seem robotic. It doesn’t matter the reason you’re having sex as long as everyone involved is a consenting adult.

Let’s be honest about why we’re having sex. I’m not saying you have to tell your date tonight that you’re only interested in sex because you want an orgasm. Although it’s possible, your date is there for the same reason. I think it is helpful to be honest with ourselves to reduce the shame and guilt associated with sexual behavior. 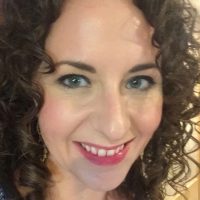 Maria Chapman is a literacy specialist turned freelance writer. She uses her 13 years of experience in urban education, her specialization in literacy education, and her exper… Read full bio