I Didn’t Fail my Marriage. I Chose to Walk Away—& I Refuse to be Ashamed. 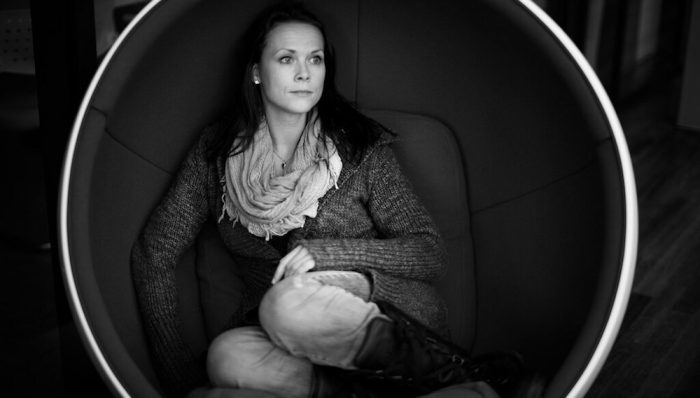 “Don’t compromise yourself. You’re all you’ve got.” ~ Janis Joplin

When it comes to matrimonial demise, I am a repeat offender. Double trouble. The two-time loser.

I’m twice divorced, but I am not a train wreck. I am not damaged goods. I am not crazy. I am not emotionally stunted or unstable. I’m not a bitch or a nag. I’ve never cheated.

I am not careless. I’m not disloyal. I am not a player, nor do I take marriage flippantly.

I’m simply someone who made a mistake. I married the wrong man. Twice.

When the subject comes up about my divorce, eventually it’s revealed that it’s my second one.

I used to feel shame. Shame, coupled with the need to give a detailed summary as to why my marriage(s) failed.

I never thought I would be twice-divorced and a single mom by my 40s. My parents have been married for over 60 years. Statistically, that gives me a good shot at marital longevity.

I took my vows seriously. I thought the secret to marital success was having babies and cooking and cleaning and being submissive and sweet. I went to mass. I attended Christian classes on how to be a good wife in God’s eyes. I read The Surrendered Wife and took notes.

Marriage is a contract and a promise.

I never saw divorce as an exit plan, or a cop-out should things not work out. It wasn’t the side door I conveniently stepped out of when things became hard. All marriages are hard, all are work.

But mine became unbearable.

I thought he would change. He didn’t. He thought I would never leave. I did.

I tried counseling. I tried books and marriage workshops. I compromised and bent over backward until I broke. I was stuck in a toxic world of passive aggression and gaslighting and mind games and abuse and control. I became toxic and manipulative.

Not every marriage is fixable. Sometimes it sinks and you have to jump ship. Given the choice between staying in a severely dysfunctional marriage and enduring a stigma, I’ll choose the stigma.

I’m twice divorced. Deal with it.

I don’t identify with being divorced anymore. I check the “single” box when asked for my marital status. I really don’t think it matters.

I like, no—love—my life. I feel happy and free. I travel the world solo on a shoestring and a smile. I have visited magical places that a younger me could have only dreamed about. I have spent hours in art museums and cafés in Paris and New York. I’ve swam in the sea in Costa Rica, and prayed in the temples of Thailand.

When the kids are away, I enjoy moments of quiet and free time. I can savor a good novel and take hot baths and sip wine to my heart’s desire. I go on real dates with men who make me feel beautiful and sexy, men who believe in equality, men who have done the work. In the past year, I’ve had the best real, vulnerable, beautiful sex of my life.

My kids and I live in a home where everyone is loved and respected. I’m more present with my children; I am a better mom.

I’ve meditated. I’ve found healing through yoga. I’ve had a sh*tload of good therapy. I know now that my lack of self-worth and love led me to the choices I made. I forgive myself.

Sometimes, I feel lonely. There are parts of my children’s lives that I am only vaguely familiar with when they are with their father(s). I don’t have a partner to support me when life gets difficult. I’ve been on the receiving end of judgment and shaming, some from my own family members. It hurts.

Still, I’m proud of the scared sh*tless 34-year-old me. She escaped from an unhealthy marriage, with two young children, and braved her way through nursing school to ensure her and her children’s financial security. I admire the 42-year-old me who survived a contentious divorce and custody battle, and found happiness and self-love along the way. I love who I am today and who I am becoming.

I still believe in love, although I struggle. I fear losing my independence, but have a need for intimacy and connection. I’m learning the two are not mutually exclusive.

Brené Brown once said that failure is simply another word for education.

With that, I am fully capable of loving another human being—fully, deeply, with honesty and vulnerability and wholeheartedness and respect.

And based on what my two marriages have taught me, I will strive toward nothing less. 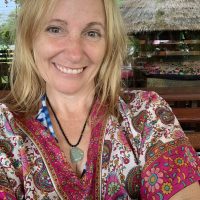 Joanna Siri Engman is a logophile, or lover of words. She is a bohemian, mom, nurse, yogi, and writer living in a hippie shack in the mountains of Colorado. She is a curious… Read full bio

13 Ways to Move Forward (Gracefully) after a Breakup/Divorce. When Divorce is the Kindest Option. You Might be the Toxic One. 12 Brené Brown Quotes to Kick our Ass into Courage, Self-Worthiness & Vulnerable Imperfection.
See relevant Elephant Video