Empathy is a Gift—Not a Burden. 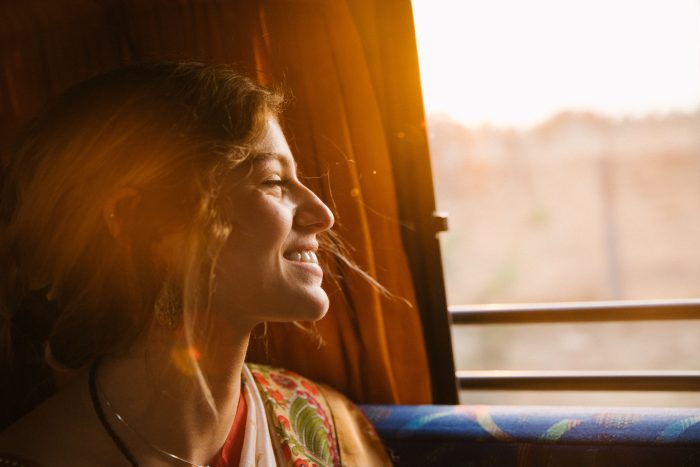 All my life, I’ve been told I’m too sensitive.

And it took me a long time to find out that sensitivity is not a bad thing, but actually a strength—and that much of what I felt was not even mine.

As an empath, I felt the emotions of the people around me as if they were my own. And most of the time, I wasn’t even aware of it. I took on my coworkers’ stress as my own, my father’s depression drained me, and my friends’ insecurities became mine. In general, I was often exhausted from being around people and feeling too much all the time.

Over time, I learned what it means to be an empath. I found ways to distinguish between my own emotions and those of others and how to stop unconsciously tuning into other people’s feeling states. Because that’s what actually happens.

Empathy is not a weakness in our emotional protection. It is the ability to tune into another person’s feelings that most of us have not learned, yet, to control. In fact, I believe that for many of us it has become an unconscious habit to tune into other people because it is beneficial to a certain extent.

For example, it’s good to know when your boss is in the right mood to ask for a raise, or when it’s better to avoid him. But if we don’t do all of this consciously, it can easily get out of control and we feel too much—especially the negative things, because that’s what made our empathy such a good alarm system in the first place.

So in order to really take advantage of this wonderful gift, we must first become aware of whether what we feel belongs to us or not. I have achieved this by asking myself if what I am feeling is mine whenever I have perceived a strong emotion. And most of the time, it was not.

Over time, I have learned to distinguish between my own feelings and those of others. Now I can turn my radar on and off as I like, and I feel much less exhausted after being around people all day long.

The next thing I learned about empathy is that you can use it to spread positive emotions. ‘Cause, as we’ve already learned in physics, a strong receiver is also a strong transmitter.

Emotions are nothing more than an expression of our own frequency. Empaths can therefore not only perceive the feelings of their surroundings particularly well, but also have a great capacity to radiate emotions. I have experimented a bit with this and found that I can encourage a more positive feeling state in the people around me simply by putting myself in a heightened emotional state and consciously radiating this love. It works amazingly well, and I am convinced that any empath can do it.

The last cool thing I figured out about empaths is that we can use our gift for our personal expansion and to manifest. As I just said, emotions are an expression of our frequency and state of consciousness. Just imagine the Dalai Lama and a gangster side by side, and you know what I mean.

So, if you want to learn about the Dalai Lama’s state of consciousness, feel into him. How does it feel to be on such a level of inner peace? You probably don’t get to that level immediately, but your empathy is truly an amazing tool to learn from others simply by tuning into their emotional state and thus their vibration and state of consciousness.

The same goes for manifestation. If you already know the law of attraction, you know that it’s all about how we feel. We attract what we think about most of the time, and even more so what we feel. So to live more abundantly, choose a person who experiences the level of abundance you desire, whose values and vibe you resonate with, and find the place within you where you feel that same abundance.

Of course, this is not supposed to be about copying others. We are all here to be ourselves, to embody our authentic self. So the key is not to become the other but to find the place within ourselves where our authentic self feels the same. In this way, we activate our own inner resources instead of simply imitating others.

The next time you feel overwhelmed with your empathy and see this gift more as a burden, remember what good it can do for you and the world. It just takes a little practice in dealing with it. 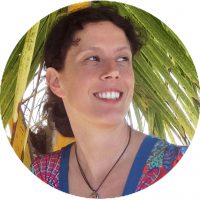 Dr. Jana Becher is an explorer of consciousness and a teacher of applied metaphysics and spirituality. She is passionate about diving deep into the psyche and retrieving the … Read full bio

Image: Church of the King/Unsplash

How being an Empath can lead to Adrenal Fatigue, Insomnia & Exhaustion. Empaths are the Most Selfish People on the Planet.* 7 Tips for Finding Inner Peace in Times of Turmoil.
See relevant Elephant Video