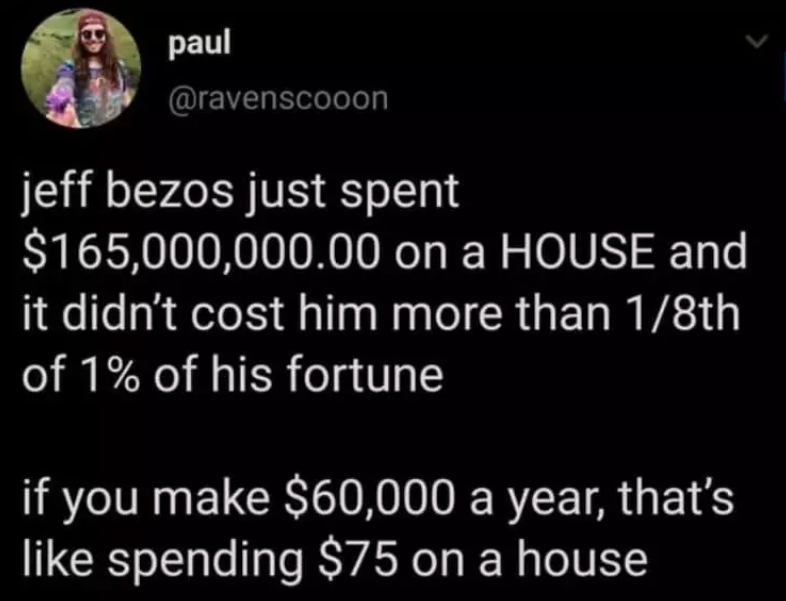 This morning, I woke up to an article regarding Jeff Bezos’ new $165 million mansion in Beverly Hills and how it broke the record for the most expensive home purchased in Los Angeles.

Bezos’ net worth is $131.3 billion. To him, the price of this house is nothing, which demonstrates the disconnect between billionaires and the financial struggles that many Americans face.

As a resident of LA, this makes me sad and angry, and I don’t understand. I don’t understand how we are not loudly rising up with everything we have to cure the sclerosis actively consuming the wealth of our country. The above stats are just LA County alone. Imagine if we threw San Francisco in there, and Detroit, and Chicago, and New York. Over half a million Americans go to bed homeless every night.

Jeff Bezos has bought a Beverly Hills mansion from David Geffen for $165 million, setting a record for a Los Angeles-area home https://t.co/VSE4dLEOlN

I was born into a family riddled with drug abuse, mental illness, and poverty. Social programs saved my life. We lived off of powdered milk, instant mashed potatoes, and whatever other goodies came in our bag from the food bank. Every few months the power would be shut off because we couldn’t pay the bill. So, at night, my siblings and I would read books we got from the local library by candlelight.

In kindergarten, I sat in the busy cafeteria just waiting until we were allowed to return to class. One day, a stout, kind-eyed lunch lady wandered up to me and asked if I knew what free lunch was. I was amazed as she escorted me to the line, gave me a card and, smiling, told me I could eat for free any time I wanted. This was my first encounter with pizza, and I was hooked. It is still my favorite food to this day.

When things eventually became unbearable between my mother and her boyfriend, we moved into a local Battered Women’s Shelter where we lived rent-free for a few months. One night, my mom didn’t come home and, after a week, we were placed in foster care. I was seven years old.

I ended up being adopted at 12 by an amazing loving family. I was able to go to college with help from financial aid, and eventually started my own business. Addressing income inequality in the United States needs to be a top priority. We can start by supporting programs and taxes that help assist the less fortunate.

Bernie Sanders and Elizabeth Warren are fighting to implement a Wealth Tax. What does the proposed tax look like? For Sanders, “It would start with a one percent tax on net worth above $32 million for a married couple. That means a married couple with $32.5 million would pay a wealth tax of just $5,000.” Under Warren’s tax, “Households making at least $50 million would pay a 2% tax on every dollar above $50 million and then a 3% tax for every dollar of net worth above $1 billion.” This tax, contrary to what some people believe, would not bankrupt billionaires. This tax would, instead, help to slowly bridge the income gap by offering opportunity through education.

Five of the eight richest men in the world are American: Jeff Bezos, $131.3 billion; Bill Gates, 113.1 billion; Warren Buffett, $89.6 billion; Mark Zuckerberg, $78.0 billion; and Larry Ellison, $69.6 billion. With every passing year, the net worth of each of these five men continues to shoot upward alongside homeless rates and income inequality.

When billionaires like Jeff Bezos drop $165 million on a house without a second thought, we need to stop gawking in amazement and instead start using our voices and votes to stand up against greed. 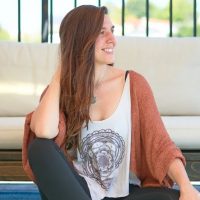 Image: @ravenscooon/Twitter via Truth or Fiction

I Connected with a Homeless man—this is my Story. F+ck Convenience. Specifically, F+ck Amazon. Give me Caring, Craft, & Community. Open Letter to Jeff Bezos, CEO of Amazon, on the Purchase of Whole Foods.
See relevant Elephant Video