When it comes to Choices, the Answers are Within you. 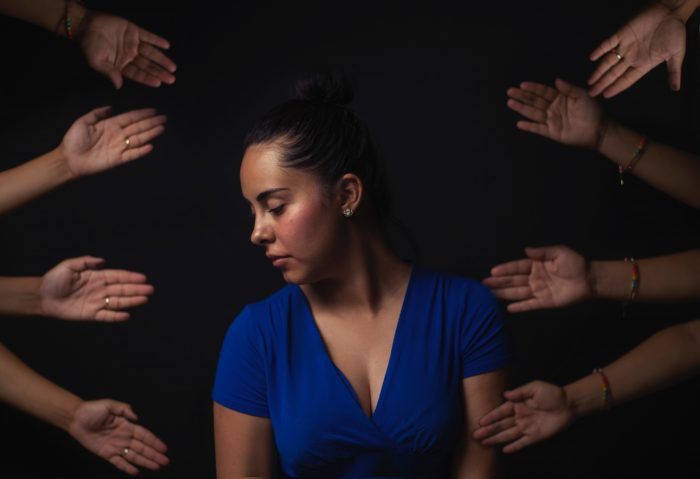 The phone rang off in the distance. As I rolled over to pick it up, I looked at the time. After midnight. I answered the phone to hear the panicked voice at the other end of the line.

Judging by the desperation in her voice, I knew that something that required my attention was going on. I reassured her that I was a light sleeper and that it was okay to talk.

She was in her car driving on the interstate to the bar where her boyfriend works. She told me that she knew I would be the best person to call to keep her from doing something she might regret.

You see, she has suffered from trust issues for the better part of her life, and now at 40 years old, it has not gotten any better. She was heading to his job after midnight to catch him cheating. But, why? Well, it all started with a host of text messages.

The host of questions and worries that flooded her mind continued to pour out to me as she drove. She had to sneak over to the bar to see the truth about what was taking place.

The moment my friend began to question her boyfriend’s loyalty, she had a choice to make. She could ignore that side of her that was filled with worry and mistrust, or she could do what she was currently doing and find out the truth for herself to quiet the noise. Why did she call me when she had clearly already made a choice? Perhaps she knew deep down that the choice she had made could end in catastrophic failure; that her worst fears could become true if she found him cheating. Perhaps she also knew that the one thing she didn’t expect could happen, and she would show up only to find that she was wrong in her way of thinking.

Decision-making is universal across all countries, religions, and languages. Choice is the one thing that we as human beings have the most power over. So why, when it counts the most, do we tend to look to others to help us make choices that ultimately affect only us?

Caroline Myss said it best when she said that making a choice terrifies people, which is why they typically put off making one.

When I lived in the South, I had the pleasure of crossing paths with an intelligent, well-rounded woman who loved to educate and help others. This woman had a strong passion for the work that she performed—so much so that she took her work to a TV network, and is currently on the seventh season of her show. I recall having a conversation with her one day during a visit. She told me that she believed that the most important quote about life was that life is 10 percent of what happens to you, and 90 percent of how you react to what happens.

When we think about this concept, the question still remains: Why do we look to others to help us make choices that ultimately affect only us? The choice that is made generally does not affect the person who we are asking to help us make the choice. Their life will not change as a result of the choice. So why do we believe that others can assist us? Are we looking for others to help justify our choice or action? Are we looking to others to reveal some part of the situation that we may not have taken notice of? It’s worth considering why we are so quick to give this power away to others.

My friend knew her choice had consequences—consequences that she may or may not be ready to handle. As we talked on the phone, I began to ask her questions. I asked her why she felt that the chain of messages was an indication that something more was going on behind her back. We talked about the reality of her relationship, and the care and concern that her boyfriend had always taken to appease her even when she showed him her jealous, mistrusting nature. I asked her if she was prepared to deal with the consequences of her discoveries, whatever they may be; if she had proof that he was cheating, what would she be willing to do? The more we talked, the more she came to realize and say, “I shouldn’t be doing this.”

During our conversation, she was able to see that the mistrust that she had for him did not derive from him, but from her own issues. Prior to dating her current mate, she had previously been married, only to find that her husband had been repeatedly telling her lies concerning bills and the house payments. The next man she casually dated turned out to be married and had lied about his identity. The next guy, she got a call from the other woman.

She was two exits away from the bar when she realized what she had known all along: Her current boyfriend was not all the other men who had lied and cheated before; putting those types of thoughts in her mind had only created that which she does not want. The mistrust was within her because she had not dealt with her trust issues from previous failed relationships. She did not give herself a break to grieve or work through any issues that she had encountered before getting into her current relationship. So she kept bringing that baggage like a sack of potatoes into her current situation. Until she dealt with that sack of potatoes, it would remain in each new relationship, and would continue to find small things for her mind to link together and reaffirm the belief that whoever she is with will lie and cheat because it is inevitable.

She turned the car around and headed back home only to have her boyfriend text her shortly after she arrived, telling her that she should come to the bar so they could hang out with the couple once he finished up working.

Sometimes we just need a little guiding toward our own knowledge, but the biggest takeaway, when it comes to choices, is that the true answer is within you. 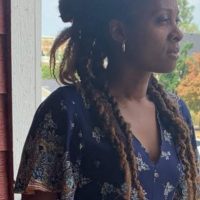 Maria Jackson is a poetess with a soothing spirit who is fearless by learning the art to fear less. At an early age, she learned to overcome life’s experiences by not a… Read full bio

The One, Single Way to Know it’s Time to Let Go. Should I Stay or Should I Go? Keys to Making Great Decisions in Life.
See relevant Elephant Video