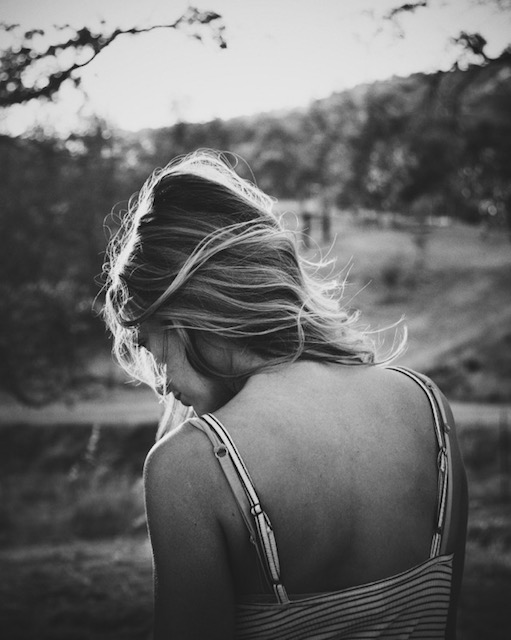 Something tells me that your heart might need this article, too: Dear Past Lover: I’m Sorry.

Or that you might find this worthwhile: Here’s How to find Real Happiness in the Right Places: 34 Important Truths.

Just because we believe it will be different doesn’t mean our hearts always get the memo right away.

To love a woman who expects you to leave is like grappling with the sun while trying to hang onto the moon. One minute, she will seem confident and surefooted, as if she’s never doubted the love that you have for her, but in just a blink, the way in which she looks at you can change. There’s a glint in her eyes and a tilt of her chin that tells you she’s studying you.

She’s watching for movement, for the moment when she stops being a beautiful enigma and instead becomes nothing more than an annoyance or a puzzle you don’t desire to figure out—nothing more than someone who was just an almost.

Or worse, that she’s been forgotten altogether.

Sometimes this change is felt energetically because she isn’t just listening to your words or watching your moments, but she’s studying everything you’re not saying. And, in truth, at times she is just waiting for you to leave, not because she wants you to, but because when that is what you’re accustomed to, the thought of someone actually staying seems impossible.

Some would say that this woman needs to heal—the truth is she has. Unfortunately, for women who are always expecting to be left, it’s not healing that changes that thinking, it’s seeing the actions of someone who doesn’t ever plan to.

Actions are what will transform her doubt into belief.

To love a woman who is expecting you to leave means knowing that sometimes she’s going to need to be told to stop expecting the worst, to trust you. It means she might need more reassurance than most, not because she craves a security blanket, but because to give all of herself to someone again is the most terrifying thing she can imagine.

In truth, you are all the security she needs to believe that this time can be different, but that doesn’t mean this belief will change overnight, especially when she is still looking for a reason why you’d ever want to stay. She might never admit to being this kind of woman though; after all, it’s not a popular stance, and while we can think we’re worthy of someone staying, believing that someone actually will is a different story—one whose ending can crush a heart like hers.

To love a woman who expects you to leave is to know she is going to need time to see if, in fact, things will be different.

It will be a slow dance with this kind of woman because she is used to feeling like she is too much and somehow never enough simultaneously. She’s been made to think that the only way someone will love her is if she’s anyone but her real self. She will come out of her shell slowly, like the phases of the moon, always leaving you wondering if you finally have all of her. And just when you think you do—and you think you couldn’t love her any more—she’ll do something that exposes a different part of her heart you never knew existed.

The thing with women who are used to being left is that while they may withhold their magic until they believe you truly aren’t going anywhere, they will still love you with an unprecedented depth. Somehow, it’s a love that tastes like June honeysuckle and feels like the sun’s warmth upon your bare skin. This may scare you because perhaps you’ll realize that this woman, the one who keeps expecting you to leave, is someone you hope to always keep close.

But this woman, the one who loves fast but doesn’t always show it, needs to be protected and cared for, not necessarily because she’s weak but because she’s different. She’s a rarity in a world that has forgotten what love really is. She has a heart bigger than most and when she looks at you with her wide eyes gleaming and you’re not sure if it’s tears that are making her eyes glisten like the waves, take her in your arms anyway. Hold her. Breathe her in, and when she goes to pull away, hold her just a little bit longer.

Don’t be afraid to take the long way to love, to make mistakes, to become frustrated when she expects you to leave. This woman, who so tenderly approaches opening the doors of her heart, isn’t looking for you to be perfect, to never make mistakes—all she wants to see is that through all of them, you still choose to stay. And with the tenderness of soft vanilla kisses along collarbones, we can whisper our apologies while trading heartbeats, knowing that sometimes it’s those things we have to work for the most that actually end up being worth it in the end.

And while I know she’s exasperating at times and confusing at others, especially when it seems she doesn’t quite understand that you don’t plan on going anywhere—she is worth it. Not just because of how she loves, but because once a woman who is used to being left knows you’re not going anywhere, there isn’t anything she wouldn’t do for you.

It may take a hundred sunrises dipped in raspberry lemonade, or countless star-filled nights when she feels your slow breath next to hers as she falls asleep, but eventually she will believe that you have done the impossible—you have stayed when others have left.

When You Want to Run from Her, Just Stay. Screw that Perfect Insta Pic—I’m a Happy Mess (Funny Side Up)!
See relevant Elephant Video