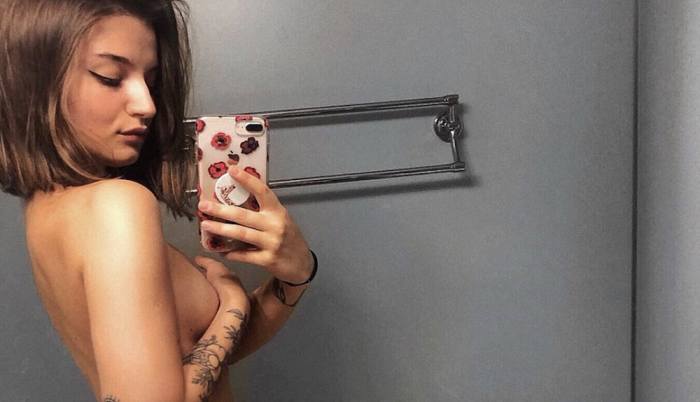 But that Doesn’t mean I Want to have Sex with You.

As soon as the internet entered our modern life, the universe invited a special kind of species into our natural selection :  men chasing women on the internet by making inappropriate comments and suggestions.

However, another type of that species has been evolving right here, on Elephant Journal or Medium — men who shamelessly harass sex writers or those who dare to mention sexuality in their work.

As an editor of a publication focused on sex and sexuality, I often see my fellow writers complaining about men harassing them in the comments or reaching out via their emails with bold proposals. They send them their pictures and ask for some in return, offer to engage in cyber or phone sex, or even meet up in a hotel to have some fun together.

It doesn’t stop them that the person they so shamelessly disturb has a family or a partner they love. Or the fact that a reasonable person would never be interested in having sex with a stranger who sent them a faceless dick pic.

Hell, some guy left his dick pic in Sexography’s Submission Guidelines. He wasn’t even shy about keeping his face. I wonder how desperate he was in his attempt to land a sexy writer.

I, myself, get a fair share of disturbing messages on my social media.

At first sight, I seem like a perfect target for such men — I am not ashamed of my sexuality and find the female body empowering, I have enough pictures or photoshoots in my underwear, and on top of that, I write about sex and manage a publication that promotes sexual education.

But can any of that really make someone think they know anything about my sexual openness?

My last relationship was fulfilled with sex. I was ready to have it any moment, at any place, as soon as I was around my partner.

He knew my body; I craved and loved his. We were a perfect match and knew how to have fun with each other. Most of my writing that men consider sexy and inviting was based on the person who was able to turn me on the way I couldn’t imagine—not by a blind sex addiction all sex writers seem to have in the imagination of these perverted readers.

Can some men just grow up?

Writing about sex doesn’t mean I want to have sex with every person who throws himself at me.

In fact, most women who’re promoting and destigmatizing healthy sexuality know what they want from their partner and are more selective and careful when it comes to their sexual needs. And trust me, a sketchy pervert from the internet is not anywhere near those needs or preferences.

It’s okay to feel tempted or turned on by someone or something you see on the internet. Whether this person is sharing her photos or writing about her sexual experiences. But in no way is it okay to assume you can cross someone’s boundaries and threaten their privacy by not even asking them, but assuming they would be interested in engaging in a sexual conversation with you, send you her pictures, or have sex with you.

Nothing could possibly justify an assumption about a woman’s willingness to sleep with you, except when she tells you that directly.

Writing about sex and sexuality is a job we take because we are willing to sacrifice our privacy in order to promote healthy sexuality and take down the shame around pleasure.

Instead of doing something disrespectful toward someone you’re attracted to, try to have a nice conversation with that person.

Don’t make assumptions based on our work or hobby, and respect us enough to always ask for consent before showing or engaging in anything stupid.

So, the next time you feel like sending an unsolicited dirty message to a woman, think about your mother. Would she be proud of the “man” you’ve become? 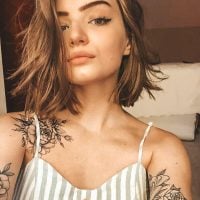 Julia Pyatnitskaya is a Russian translator writing about mental health, love, sex, and her cats, in no particular order. … Read full bio

Yes, I am Single. No, I’m Not Available. Why I Won’t have Sex with You.
See relevant Elephant Video