Can You Still Be Friends After Breaking Up? 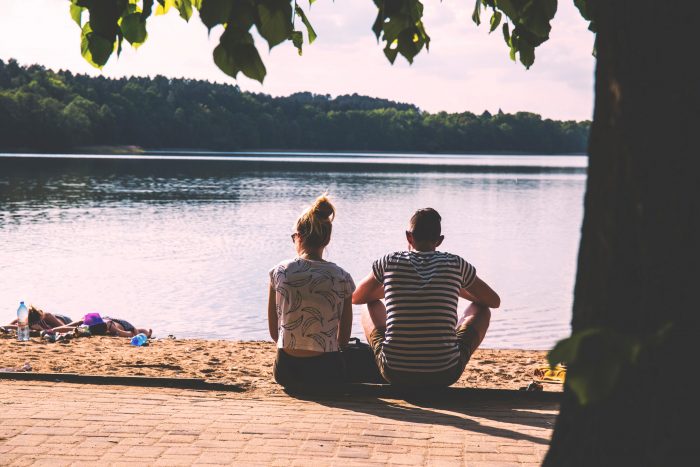 Usually the last thing on your mind after the breakdown of a relationship is staying friends with your ex. Furthermore, even if you have a child together, maintaining civility in form of friendship may just seem well, impossible. The accepted pattern is that you now hate the other person. You must fight them tooth and nail because you were meant to live happily ever after, damn it!

I was in a phenomenal relationship with the co-author of my book, Brendon Watt. For about seven and a half years, we had a lot of fun. We created a lot of wealth; we even wrote a relationship book together. During the last 6 months we were together though, things started getting a little too “normal.” We didn’t run out and purchase matching rocking chairs for our wrap around front porch, but we were on that path – and that’s when we ended our relationship.

If I’m being honest, there have been rocky moments and different emotions. It hasn’t been the easiest thing. But if you work together like Brendon and I have, and still do, and especially if you have kids in the mix – fighting with your ex doesn’t have to be inevitable. You were with them because you liked them, so what if beyond the relationship, you still could honor them?

When a relationship ends, it is quite common for people to get angry and fight about who gets the things in the house, the dog, the fancy dinner service and so on. As for splitting up your finances, this could turn into an accounting nightmare.

Brendon and I had started to break up our finances when a friend pointed out that we were brilliant together with money, so why stop that? Jointly we have a capacity to create wealth way more quickly than flying solo. What we realized is that just because you break up a relationship, it doesn’t mean you have to break up the finances as well.

Currently, we are keeping our finances together and that is based on choice, not on necessity. I created a lot before I met Brendon and I know I will create a lot in the future. And, we never say never. Later on, one of us could buy the other person out of the house.

We are always looking at what we desire, rather than taking the conventional approach. Really, there is no right way to break-up.

So if you’re going through a break up, or think you must fight over the finances, look at what works for you and what you desire. Ultimately, you are the creator and source of your financial reality, no one else.

From the beginning, Brendon and I joked that if we chose to break up, we’d drink a bottle of champagne, say thanks and move on because a good relationship is knowing when to call it quits. That’s easy to say, and a bit harder to do.

Since we work closely together, we started looking at what we desired from each other. Friendship was on top of the list, for both of us. We had created our relationship based on it and we still like each other— we just don’t want to be in a relationship.

Now, this takes a lot of vulnerability. And, if you are willing to ask yourself questions about your ex you will gain valuable awareness and insight. Questions like, Can this person still contribute to my life? And can I contribute to their life? That’s the courage to be a leader even in a relationship rather than go to fighting and payback. Now, if you ask your ex, would you like to create beyond this relationship? And they say no, recognize that you can’t force them. If you desire total freedom, then you’ve got to be ok with whatever the other person is choosing.

When we were breaking up our relationship, Brendon had been avoiding talking to me about certain things because he thought it would create “World War III.” One day he snatched a bottle of wine out of the fridge and said, “Can we talk?” It was one of the best conversations we’d had in 8 years. We were willing to have World War III and not avoid the pain of it. And out of that willingness, we gave ourselves the strength to create a much greater friendship. 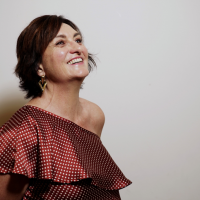 Simone Milasas is a lady who knows how to be a woman, and who sees the joy of possibility and future and knows that there is the prospect of possibility in every choice you… Read full bio