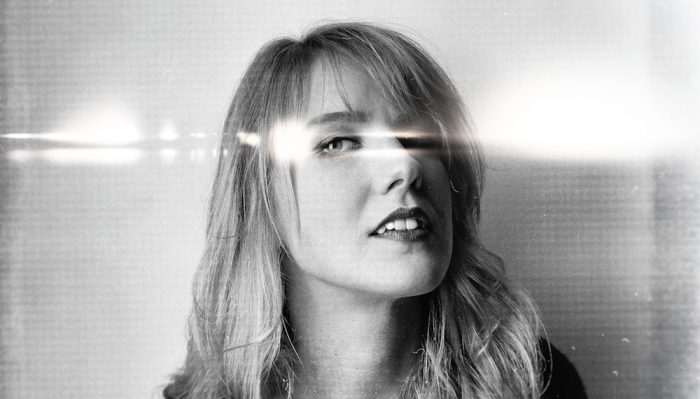 More than the light.

Give me the grit, over the gold.

Real positivity not in my nature. Fake positivity even more so. Neither could be nurtured or “natured” into my existence.

Then the summer of last year happened, when I received tragic news regarding my brother, who lives a million miles away—though he was already occupying serious space in my mind. It felt like a car crash in slow motion—paused, left in limbo. The ending depended on me and the action I chose to take, or so it felt.

It made my heart crack open. Raw and real. It triggered childhood trauma, immediately sending my cortisol levels through the roof. And kept them there.

For many days, I was in shock, numbly going through the motions of my comfortable London life. Teaching yoga classes, massaging bodies, on autopilot.

Started with fake smiles and fake positivity. Keeping Calm and Carrying On, as the Brits routinely recommend. Putting on a brave face and responding with proper AI-programmed “I’m fine…I’m fine…” Responses that I never accepted easily and peered behind. Though no one was peering behind my “I’m fines,” as I guess I was convincing enough, and maybe I had actually convinced myself I was fine. Which worried me further.

Admittedly, every time I said I was fine, I felt my face distort like a Picasso painting. Suppressing my truth back into the shadows feels like that, being discombobulated in your body and mind—then when your face catches up, it rips up like a runway.

I then felt I should talk to someone, a couple of yogi friends, who were very much “woke wellness warriors”—open and honest, I thought.

The first one listened fully then deflected with, “You know, everything happens for a reason,” echoing a well-worn line from my Christian childhood. The second friend cut me off midway through my story with, “Ahh, you can’t choose your family, I’ll send him love and light.”

WTF? Both bewildered me completely.

What happened to allowing vulnerability that we instruct our students to do in every class?
What about #yogaeverydamnday?

Surely being blinded by bliss with your bindi and mala beads while a friend needs to be listened to will incur more sh*t karma?

Continuing to go against my authenticity with the bypass and fake positivity, while hoping the situation would just go away, took the toll on my body, which begun to speak loud and clear. I was down with intense migraines, digestive issues, and insomnia due to the anxiety, and random, uncontrollable crying episodes on public transport became the norm.

On one of these deep dark days, I got a call from a friend—an ex-gangster, turned community advocate I knew from way back. He had seen my text and immediately called, listened intently, and asked simply, “How can I help?”

His words were genuine, warm, authentic, and full of care, and for the first time allowed me to breathe properly. I exhaled and cried, telling him the whole story as much as I knew. He didn’t try to shun the pain for the discomfort it may have caused him. No “Everything happens for a reason” bullsh*t.

He assured me that bad things happen to good people, often and regularly. Assured me not to even think of making a decision yet until I had more detailed information about the situation.

He then proceeded to give me the best damn advice I needed relative to my situation, as he had been there. Right where my brother was now, many many times. The knowledge was so insightful and practical, which eased my mind for the first time in weeks.

This friend allowed me to just be with the depth and discomfort of the situation, holding space in ways that surpassed my ability to hold space for others. An ex-gangster who still hadn’t touched a yoga mat or turmeric latte in his life kept it raw and real for me. In ways that I knew I wasn’t getting from my “woke world of yogis and wellness warriors.” People I spent time with on the sunny days, when we were gliding on rainbows, high on pranayama and green juices. People I felt deep down I wouldn’t be able to confide in about the next chapter of my family story for fear of being judged for not being spiritual enough or being excluded as these things just don’t happen to spiritual people.

Through the process of allowing me to embrace the fear and shadows of my familiar family story without trying to smother it prematurely with love and light, I learned three major things:

All the unpleasantness that arose when talking to “friends” who just don’t do negative feelings made me feel twice as bad and more repressed because of their shallow perception of spirituality and their own fears of facing bad emotions.

Anxiety, greed, jealousy, fear, and pain all come with a message. Labeling them as bad just places an unnecessary emphasis on “positive” feelings, which is unsustainable and unrealistic. Once we start to re-frame those emotions, we see how useful they are and move into allowing and acceptance.

The more you embody the whole spectrum of emotions, the more you can integrate your shadow sides. Which leads to the next point…

2. Bringing shadows into the light is key.

Our shadow selves are not just those traits that we define as “bad;” they are also aspects of our personality that have simply faded into the darkness due to lack of awareness. The parts of us that we keep hidden because we had been given the message early on that they are unhealthy, dangerous, or plain shameful.

Psychological growth never happens in comfort zones. It always happens through those messy, ugly challenges where the end is nowhere in sight. It’s in those places—where we’re forced to dig deep into our souls to reclaim the parts of ourselves we or others deemed dangerous or wrong—that we find our true strengths.

Shadow sides can be both golden and darkness, which not many speak about. I first heard about the golden shadow through Charlie Morley, a Buddhist and lucid dreaming teacher. As children, we are taught to dull down our light or natural skills or ability, as it’s just too much for others around to handle. Then we grow up—stunted, literally—as shadows of our true selves, staying in those places because it’s familiar. Plus everyone else is living a dulled-down version of themselves.

Taking the time to meet and integrate the shadows also builds true and lasting coherence—between mind, body, and spirit—ultimately refining the channel through which the divine can flow.

3. Being with not knowing is fine.

I was very much a control freak in my teens and early 20s, which wasn’t a bad thing back then. I was finding my voice and defining for myself what I liked, wanted, and needed. The ability to make choices then take actionable steps to achievement was so empowering. I discovered I was in control of my life and loved it.

This control could become a bit intense and overbearing as I got older, but it felt better than where I had been as a child, so I maintained control as often as possible. Occasionally, life threw curve balls at me that again left me feeling utterly choice-less, voice-less, and lost. That required floating in the unknown for a while.

Being with not knowing is one of the hardest things to learn to do. To be able to stand, sit, and eventually make a bed to sleep in an area that’s so grey—so in limbo—requires a complete and utter relinquishing of control (something I had practiced and experienced a handful of times in my life, but somehow chose to forget about).

This experience with my brother and through the eyes of my ex-gangster friend forced me to occupy, own, and eventually be okay in that space: the great unknown.

So perhaps next time you find yourself spiraling down to the bottomless depths of a situation that has no immediate solution, face it with one of the deepest, darkest, and most authentic friends you have.

Because real growth happens in the darkness of the void—not in the shiny, happy light of the known. 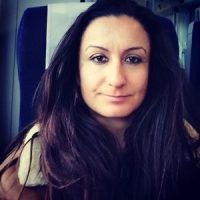 Mary Schnorrenberg is a massage therapist and yoga teacher; weaving heartfelt teachings and the truth of impermanence into all she does, on and off the mat. In her spare time … Read full bio