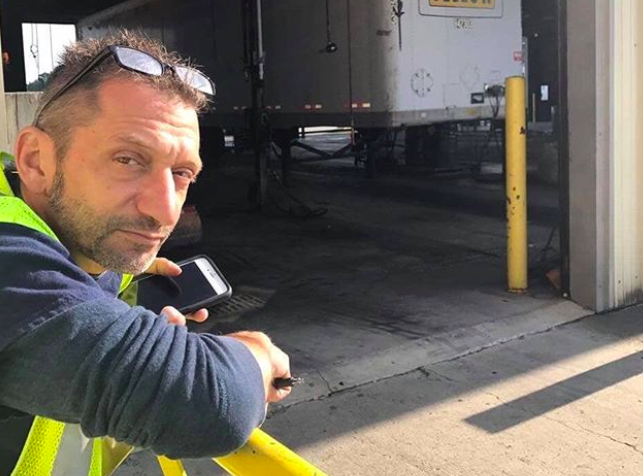 I had been looking forward to this date all week.

I met her on OkCupid last year, and after a few messages back and forth, she kind of flaked out. So, when I saw her profile again, I sent her a message and asked if she thought we might actually meet this year.

She thought my persistence was funny. “Okay,” she said, “Let’s just skip right to the date part this time.”

We agreed we’d meet at a diner halfway between her place and mine the following Sunday night. I dragged my two little girls through a department store that morning to pick out a new shirt. That, in itself, was a challenge. Second-graders and their little sisters touch everything, run all over the place, and are not all that hip about standing in line. Later that afternoon, I dropped them back with their mom and got ready for the evening.

Truthfully, those wee little ones can be exhausting, so I rationalized that a half-hour nap would probably help. When I had awakened, I had 45 minutes to shower and dress. I wondered if I should shave. I always keep a little stubble on my face. It’s my look—but I was having a difficult time deciding if it’d look disrespectful to show up for a dinner date like that. I shaved.

As I was dressing, I looked in the mirror, and I was immediately filled with a sense of panic and dread. I wasn’t used to seeing myself clean-shaven, and I felt like I looked terribly old. I suppose I don’t spend all that much time lately staring into mirrors, but I generally don’t mind it all that much. This particular evening the reflection was freaking me out. I shouldn’t have shaved.

Perhaps this fear had something to do with the fact that my date was five years younger, although, thinking about it now, it makes no sense. My children’s mother was seven years younger and my girlfriend before her was over a decade younger. This usually didn’t worry me—but as I drove the half-hour to the restaurant, I sunk further and further into the spiral.

By the time we had greeted each other in the vestibule of the diner, I was a nervous wreck, and it most likely showed. I didn’t embrace my date or even shake her hand, I just said hi. Even though the conversation went smoothly for the next hour, it was doomed from the outset. I could tell that we weren’t going to be having a second date. She texted me afterward to tell me she had a great time but didn’t get any “romantic feelings.”

Opening my eyes the following morning was pretty awful. It was February, it was Monday, and I had no choice but to face the cold workweek in front of me. I did what I have been taught to do in these situations—I called my sponsor.

After laying out my whole dreadful story, he asked me if I was looking for someone to fill a void I had inside me. He reminded me that we, alone, are the ones responsible for our own happiness and that we will never find it in another person. He suggested that I look into myself to try to figure out what I am trying to mask with the diversion of getting involved in a relationship.

In the past, I would have robotically stopped everything and did exactly what he told me—but this day was different. I’m not buying it. I am so tired of all of this Alcoholics Anonymous bullshit. I am not trying to cover up anything. I am a man who is alone looking for a partner. Why does everything have to be a psychological quandary or a question of flawed spiritual values?

The whole reason I walked through the doors of that church basement into my first 12-step meeting was because I had nothing left in this world. More than anything else, I wanted a life back. I wanted to experience all of the wonderful aspects of existence that I envied about people who were not controlled by addiction. What I did not want is to become some hairshirt ascetic who spent my waking hours in solitude and contemplation.

Wanting to find someone to love is not masking something inside of myself that I am having trouble facing. That’s pure bullshit. Wanting to love someone is a biological need that I believe we are all programmed to feel. It is natural and it is a part of life.

Don’t get me wrong—it is very likely that I would not be alive today if I had not gotten involved in Alcoholics Anonymous, but like most things, there’s a limit to how much of that extremist philosophy I am willing to embrace. I thanked my sponsor, hung up the phone, and respectfully decided that his advice sucked.

As I walked into work an hour later, my boss scrutinized me carefully. I initially assumed it was because she had some special mission she needed me to do, but instead she said, “You shaved. You look younger.”

Relephant: AA Didn’t Save Him…but it Saved Me.

7 Cliché—but Surprisingly Wise—Lessons I Learned in AA. I Left Alcoholics Anonymous because I wanted to Choose Sobriety on my own Terms. Single (again): Moving Forward versus Moving On.
See relevant Elephant Video