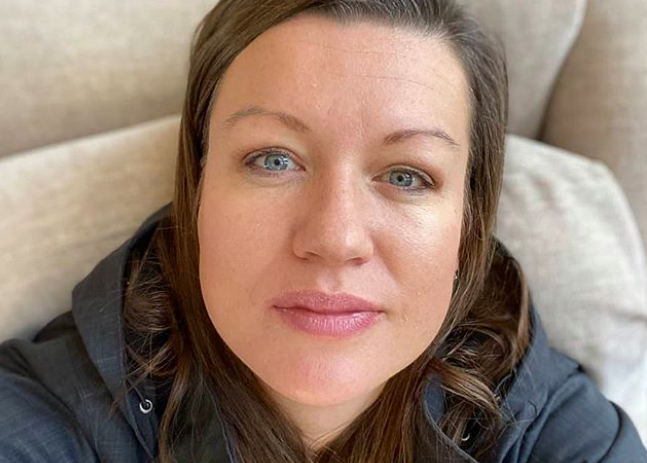 I can’t even begin to tell you how many times I’ve heard that you have to hit rock bottom before you can truly change.

Or that if you didn’t hit rock bottom, your problems weren’t really all that bad to begin with.

Based on my experience and that of so many others who have shared their stories with me—it’s also far from the truth.

It didn’t take hitting rock bottom for me to realize I needed to change my drinking. I wasn’t arrested for a DUI. There’s no mugshot of my tear-and-mascara streaked face that I need to live down. My husband didn’t threaten to leave me. My job wasn’t in jeopardy.

The experience that led me to say this is enough was embarrassing, but far from rock bottom.

I sprayed my kids with beer.

We were in line for the London Eye. My husband, myself, and our two small boys. I had worked an event the night before, which meant way too much drinking. I’d slipped a can of beer in my purse to drink at lunch as a pick-me-up from the brutal hangover I had. As we approached the security check, I opened my bag and the beer fell out. There we were standing under a fountain of beer. Me, my husband, and my kids—literally dripping in it. I laughed it off at the time but inside I was mortified.

By outward appearance, I was wildly successful. Great career, happy marriage, wonderful kids. So why did I feel the need to drink two bottles of wine at night? Why was I waking at 3 a.m. consumed by anxiety and guilt? Why had alcohol become such an important part of my life?

So while I hadn’t experienced a rock bottom, there was enough going on in my life for me to take a long hard look at alcohol and determine if it really deserved a place in my life at all. The question was—how to do it? I didn’t want to go to a meeting when I didn’t really identify as an alcoholic. I didn’t have a tragic story to tell. Instead, it was a culmination of little misfortunes and an ever-increasing unease with where my life and my drinking were going.

Being the book nerd that I am, I dove into researching and discovering why alcohol had become such a force in my life. Did I need to stop drinking? Would I feel deprived if I didn’t drink? If I wasn’t an alcoholic, what was I? Could I be successful in my career if I didn’t drink? Why was moderation so hard anyhow? My list of questions kept growing.

Over a year of research led me to my decision. I wasn’t white-knuckling it. No longer was my mind at war with itself. Quite the opposite was true! I actually came out of my office almost euphoric and excitedly announced to my husband that if he wanted to drink with me, tonight was the night as I was finished after that.

No rock bottom. It wasn’t the problems alcohol was causing that led me to stop. It was learning the science behind why I drank and knowing what life could look like without alcohol that made me excited to stop. I wanted to see where an alcohol-free life could take me.

My mentality from the beginning hasn’t been “I don’t get to drink.” Instead, I rely upon the empowering realization that “I don’t have to drink.” Years of drinking convinced me that it was a vital, necessary part of life. The truth is, I never actually needed alcohol to enjoy myself, or relieve stress. I only thought I did.

It didn’t take hitting rock bottom for me to realize that alcohol wasn’t doing me any favors. It did, however, take me stopping drinking to realize the issues it had been unknowingly causing me to suffer from for years.

The anxiety and depression that I’d been treating with medication for 10-plus years? Alcohol was the catalyst behind it. The insomnia that plagued me almost nightly? It also disappeared almost as soon as I stopped drinking. The brain fog and gaps in my memory that I attributed to my busy, always on the go lifestyle? Alcohol was behind those too.

We do a great disservice to people when we insist that without a rock bottom they don’t have an issue with alcohol. When did we get to judge at what point someone’s problems are big enough to suffice a need to address their drinking? Imagine if we attributed that line of thinking to any other drug? Yet, because alcohol is legal, it gets a free pass in society and we instead have to spend time justifying our reasons for choosing not to drink.

Even without a rock bottom, not drinking was the right choice for me. Not once in the years since I made that choice have I thought—“Well that would have gone much better if I’d been drinking.”

That alone tells me that I made the right choice for me.

Life without Alcohol is One Big, Beautiful Cheesecake. You Don’t Have to Be an Alcoholic to Admit Drinking Hurts Your Life. Alcoholism isn’t about Drinking too much: Alcoholism is about Pain.
See relevant Elephant Video