Teach the Parents Well: how all this Extra Time with our Children can Guide us toward the Now. 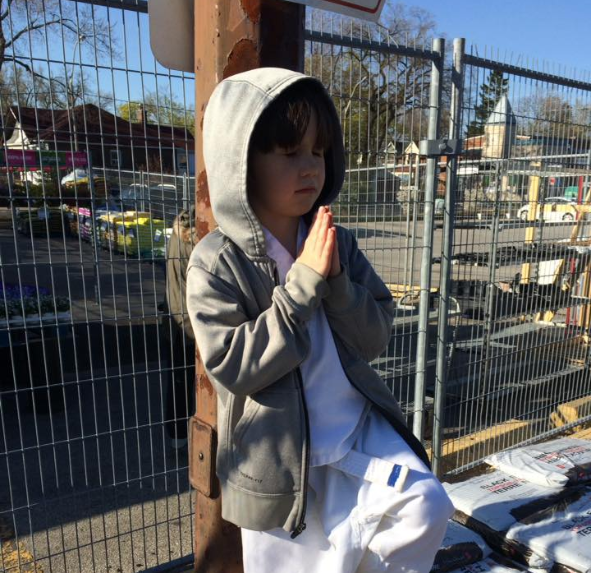 Let’s talk about the kids.

Let’s talk about the fact that some of us are not used to spending this much time with them.

It’s okay to admit that we’re finding it frustrating. That we’re irritated. It’s okay that this may be the initial response we have as we adjust to having them home with us all day.

It’s okay that you may feel desperate to be alone. To be left alone. Some of us may be hiding in the bathroom, or huddled in the basement sitting on top of a pile of dirty laundry, just to get a break. It’s okay.

But we don’t need to stay there.

Something has really struck me since school was cancelled: the children have been released into the wider world. The world in which we rarely let them participate. The world that goes on without them while we work, make money, send emails, run errands, go to the gym.

They have invaded this world. They have disrupted this world with their presence. They are disruptors to the system. Just by existing, and being with us, they are little radical activists. They insist, by their very nature, by their very presence, that we slow down. They demand tolerance, patience, communication, accommodation, and compassion. They don’t care about capitalism, economics, meetings, lay-offs, bills, or grocery shopping.

If we are present—truly present—we can start to feel them, tap into their essence, and connect with them. And when that happens, we can start to soften to the idea that they have a lot to teach us about how to be.

For years, I had a busy job. The kind of job where you’re always clutching your phone, in case someone needs you. A lurching from crisis to crisis kind of job. For a while, I loved it. I like to solve problems, put out fires, give advice, and soothe people in distress, so this job really worked for me—for a while.

One winter, my youngest son got sick. It turned into pneumonia, and I ended up working from home for about three weeks so I could care for him. Initially I got a lot done because he was sleeping a lot, and feeling crappy enough that I could just let him lie on the couch watching a movie. While he slept, I talked on the phone to all my managers, directing things from home. I worked furiously and sent email after email. I was productive!

But then he started to get better. Not well enough to go back to school, but well enough to move around, make noise, be hungry, ask questions, interrupt my very important phone calls. My irritation grew. I tried scheduling his screen time with my phone calls. I would go into my bedroom and while he zoned out, I’d take the calls. But then the movie would end and I would be emotionally exhausted from the calls and I had used all my me-time on work. I also had not eaten or prepared him any lunch.

I was stressed. And annoyed. And spent.

So I switched things around. Instead of trying to hide in the bedroom to take calls, I took the calls with him sitting next to me. He had books and crayons and Legos and some snacks, and also he chatted to me a lot while I was on the phone. At first, I was embarrassed. What was I embarrassed about? That I had a kid? That he could talk? I apologized to the person on the other end of the line when I had to speak to him. Again, what was I apologizing for? Being a mother?

But then I realized that no one cared that I was home with my kid. In fact, they got a kick out of hearing him talk and asking his random questions. And then a great thing happened: I realized that when I spoke to him kindly, showed patience for him, and tolerance for being interrupted, the managers I worked with got to see my own management skills in real time. They respected my respect for my own child. It made them feel good to hear me being kind.

It also taught them a lot to hear me laying down boundaries, something we can all use practice with. When I said no to my son, firmly but with compassion, I modeled healthy boundaries. When I took the time to explain my decision and communicate with my son about why the answer was sometimes no, it helped them understand how crucial it was to communicate firmly but kindly with their own staff. It made them better managers. It helped them consider what it meant to lead with compassion.

You know what else happened? Because I hadn’t wasted my son’s screen time on taking calls, now I could use it to have a shower—a long, restorative shower. The kind you have when there’s no one home. The kind of shower where, when you get out, you just sit on the bed in your towel and stare out the window. Maybe you even put some nice cream on your legs. Maybe you sit and cry for a bit, out of despair and also gratitude. Maybe you call your mum, or a friend, and share your grief over what is happening, what is coming. You share your fears. And also offer your strength. That newfound strength that stems from the right sort of me-time.

I’m not saying you can’t still lock yourself in the bathroom for a breather. Do it. I’m saying also give yourself some breathing room that isn’t in the basement with the dirty laundry. Make your breathing room time a conscious, deliberate act of self-love and care, whatever that looks like for you. Allow your breathing room time to bring you back into the present moment, what Eckhart Tolle calls “the Now,” so that you continue on with the good work of being patient and kind with your children, yourself, and the wider world.

Let’s not apologize for needing this me-time. Let’s not apologize for our kids chirping in the background if we have to work from home. Let’s give ourselves the time and space to be present. Present enough to see that the children, perhaps, have been released into the wider world at this crucial and precarious time to point the way toward a kinder and more thoughtful way of living. 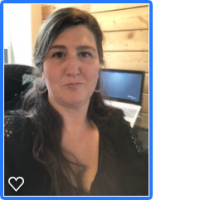 Jenna King is a writer and mindful baker living in Toronto. Check her out on Twitter. … Read full bio

There’s No “Wrong” Way to Hang Out at Home. Smell the Flowers, Blow the Candle: 5 Ways to Introduce our Kids to Meditation.
See relevant Elephant Video