When a Former Christian Cult Follower learns to Meditate. 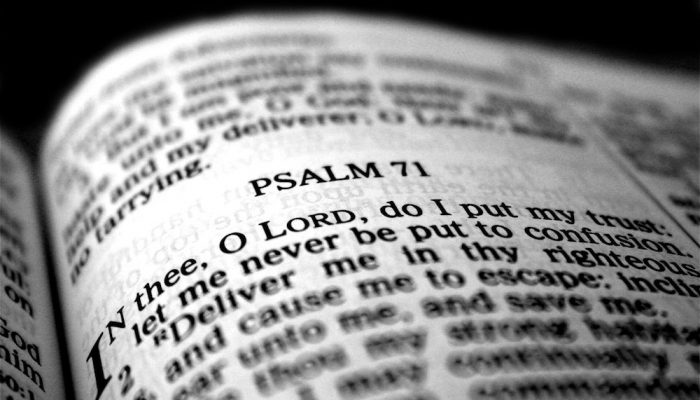 Growing up in a Catholic/Evangelical hybrid home, meditation wasn’t something I heard much about.

It mostly existed “out there” as a weird New Age practice. I was taught to pray, listen for God’s voice, and memorize certain Bible verses. That was pretty much it.

Meditation was a non-issue in my life.

Well, it was a non-issue until we joined the cult. Once we joined the Advanced Training Institute (ATI), led by Bill Gothard, meditation became a big issue. ATI was a non-denominational fundamentalist Christian cult, most closely aligned with many independent fundamentalist Baptist churches (IFBs). I was all of 13 when we joined, and meditation was one of the biggest issues Gothard pushed. But not in the New Agey sense that I was used to when I heard that word. Gothard often referenced Psalm 1, in which the man who meditates on God’s law day and night is blessed.

Any time I wasn’t speaking, reading, or focusing on anything in particular, I was supposed to be meditating on scripture. I certainly wasn’t supposed to just be and let my mind wander, or worse, empty out. Letting one’s mind wander made it easy to commit sins that no one would ever know about, because only God could see a person’s thoughts.

I ran away from home at 22, but didn’t realize it was a cult I had been in until I was 28. I still identified as an Evangelical Christian until I was 30. Now, at 36, it’s fair to say I’m a pretty big skeptic of all things spiritual. Though I still catch myself filling blank moments with reciting scripture—old habits and such—it’s nearly impossible for me just to be.

When I joined the Elephant Academy, Waylon asked us each to commit to a mindfulness challenge. He gave us three options:

1. Refuse all disposable straws and to-go cups.
2. Remove our shoes every time we enter the house, no matter how briefly we’re there.
3. Meditate for five minutes when we wake up, and before we go to sleep.

I’ve been working (imperfectly) at number one for quite a while, and choosing that would have felt like a cop-out. Number two is one I’ve contemplated, but never implemented. It would have been hard, but not really the biggest stretch.

Taking the spirit of the challenge to heart, I chose to do number three. When my husband asked me why, I simply shrugged and said, “Because it’s the hardest for me.” I guess my thought process went something like this: If the real goal was mindfulness, and really making a change in a specific area, then taking on the biggest challenge would make the greatest change.

That first night, I sat in my bed with my legs crossed, bowed to no one in particular, placed my hands on my knees, closed my eyes, and proceeded to try and empty my mind. It was a challenge, but I was also surprised by how easy it was. Now, of course, my cats chose that moment to jump on the bed and start wrestling. I kept laughing, saying, “Kitties! Mommy’s trying to meditate!” But I still managed a good minute or so.

I remembered Waylon saying not to be too harsh on ourselves when our meditation gets interrupted. Life happens. Thoughts happen. Just note them, and put them aside.

Surprisingly, hilarious debacle that my first attempt was, it was surprisingly refreshing. I have by no means been perfect in this mindfulness challenge. The flu nearly put me in the hospital, and the last thing I cared about was meditating before I went to sleep or when I woke up. But as I’ve been recovering, I’ve been getting back to meditating again. By no means do I find the practice spiritual. I do find it to be a helpful “reset.”

Instead of constantly running my mind to the point of exhaustion every day, I have those few moments to pause, and just be. It helps me think more clearly and rest more fully.

This skeptic has become a giant fan of meditating.

And you know what? No demons have possessed me during that time.

That I know of. 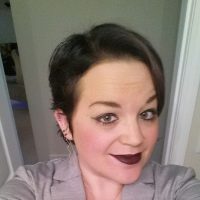 Kathleen Reynolds is a Cincinnati native living life with her husband, Andy, kitties, Percy and Emmy, and Corgi, Puddleglum, in the Denver area. She has an M.A. in history, sp… Read full bio