When we get Triggered: How to Reprogram your Stress Response. 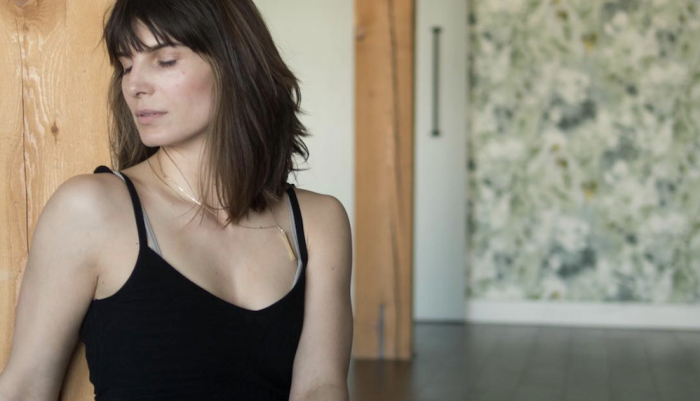 As human beings, our main objective is ultimately to survive.

We live in a modern, fast-paced world where we confuse our daily demands of emails, driving in traffic, work responsibilities, and our family members as “stress.” But these aren’t actually stress—only perceived stress.

Stress is a physiological response designed to keep you safe as an organism. Over the years, your system has become maladaptive in nature, meaning that your system is so smart that it developed behavioural adaptations surrounding life’s experiences (aka your triggers) to keep you safe.

But if you’re not in any immediate danger, where does this sense of threat actually come from?

There is a saying that what isn’t actually life-threatening is ego-threatening, and I would assert most of our challenges today live within the latter, and it is all a matter of perception.

Take, for example, recently I was challenged by one of my teachers to share a personal story publicly—whether in writing or over video. For some unknown reason, this request caused my system to go into a complete shutdown, and I literally felt like a caged animal about to die. Clearly there was some sort of software deep within my personal programming that needed a serious update, and I am not alone in having these deep-seated controls.

We all have similar unconscious algorithms which are running the show. The challenge with these algorithms is that once the system has tipped over into a stress response, your sense of rationality is diminished in the moment. You then require a “shock” to wake you out of your current programming, sort of like your computer freezing due to overload and requiring a reboot.

How do you then shift your story of perceived threat to one that is more creationary and participatory, particularly when you’re in the middle of a stress response?

According to research on poly-vagal theory, your breath is intimately connected to the stress response, and acts as an intermediary between both your body and your mind. A simple exercise is to breathe in such a way where your exhale is around double the length of your inhale, kicking your system into a parasympathetic nervous system state known as rest-and-digest or stay-and-play.

In addition, when you find yourself stuck in a stress reaction, you can engage your senses by tuning in to your sense of sight as well as your sense of hearing (which is correlated with the kidney-adrenal stress response in traditional Chinese medicine). It’s as simple as tuning into your immediate environment through sight and sound as you notice the different colours, textures, and sounds around you.

Getting outside into nature is also helpful if it’s possible in the moment. There are various studies linking the smells of trees with a grounding effect on the central nervous system.

Once the system has been brought back into a more harmonious state of balance, you can then start the process of exploring the “program” in place. In the Vedic worldview, this is called Pragya Paradha, meaning the mistake of intellect.

This process of intellect correction requires some digging on your part to get to the root of it. In my case, the byproduct was an intense fear from a seed belief that not only am I not safe, but that life is not safe. I would then come up with supporting evidence for why life isn’t safe.

This is when you “Byron Katie” the heck out of it through her process of questioning called The Work, with clear and thoughtful scrutiny. Sometimes you might even need the help of someone else to be your eyes and ears because these programs are often so deep we are blind to them but often present themselves in the language we use.

The bottom line is, you can’t shift your story if you aren’t first willing to question it—and remember, your story isn’t needing to be fixed; it’s needing to be held. Your conscious care, love, and attention is a way of holding your story.

Your story lives not just within the mind, but within your nervous system. Power is then given to it through the language used to label, describe, and support it compared to being in the immediate felt-sense experience of what is taking place in the body—in other words, you need to feel it to heal it.

The way that you relate to your story will either support the healing of your story or keep you stuck in your story, and your words are important markers in how that story is told.

Words hold worlds, according to Caroline Myss, so choose your words wisely. You may find that the words you were using to describe how you are feeling aren’t actually in alignment with what is taking place internally. In addition to the power of language, we can also employ the faculties of imagination to re-envision a new updated story (Breaking the Habit of Being You by Dr. Joe Dispenza).

To be clear, this isn’t ignoring how you are currently feeling—rather, it’s a process of reorienting the nervous system using the power of the mind to help. Once you can envision the updated version, you have to then feel into the new version of you, as well as start the process of being that new version.

Keep in mind that it takes time to reprogram the nervous system, and each step you take forward is simultaneously honouring and working with your current feelings while establishing new ones—leading to new eyes to see and experience the world through. 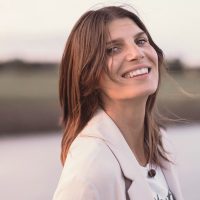 Caryn Kilback, based out of Calgary, Canada, is a Vedic Meditation Teacher regarded as an emerging leader in the field of meditation, and is known for her speaking and teachin… Read full bio

Byron Katie walks us through The Work. Avoid those Primal, Angry Reactions when you’re Triggered. The Value of Stress. ~ Bernie Clark Emotional Muscle Memory: why we Get Triggered & how to Stop.
See relevant Elephant Video