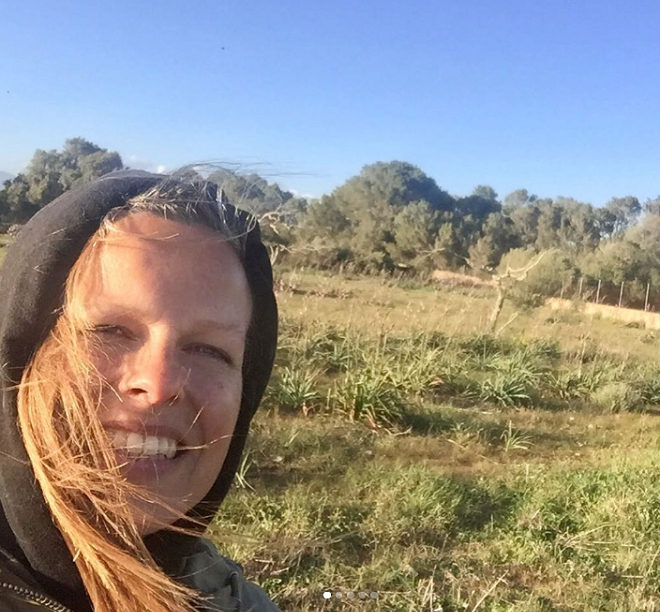 When we can leave this crisis behind, we will have a new world: more humane, more conscious.

Now is the time to shape a conscious world in which we treat all beings with compassion.

All over the world we are sent to our rooms to think about what we have done to our planet.

The hippie in me fully embraces these messages of hope and positivity that float around on social media lately about the current COVID-19 pandemic.

I have even seen some of them written down by serious journalists, who write for serious magazines. And I have to say, I love to think this way. I love to dream, to have hope, and to be positive.

But where does it come from? Who invented these ideas? Is it because I have read them so many times that I have almost started to believe them, like a sort of indoctrination? Or is it to protect myself from being hurt, from really feeling what’s going on here?

The lawyer in me, though, says wait a minute. What proof do we have to think this way? Why will this new, conscious world be a result of this COVID-19 pandemic? This new world, in which we think twice before we purchase a plane ticket and we no longer want to support the unsustainable and unethical way animals are held in mega stalls.

Because that’s what happens as soon as we get conscious of our painful human behavior: we quit flying three times a year to whatever destination we like, and we refuse to eat cheap supermarket meat, as we are aware of the risks of zoonoses. Because, that’s what brought us into this misery in the first place: the pandemic was caused by zoonotic disease, or an animal disease that is transmitted to humans.

In 2015, the Food and Agriculture Organization of the United Nations (FAO) warned against the unprecedented increase of emerging and re-emerging animal diseases and zoonoses. Most are transmitted as a result of the consumption of animals. An important fact we can no longer ignore.

Any conscious human in our new, post-Corona world won’t fly to Bali for a self-loving yoga retreat and will instead start gathering information about plant-based food—and if we already have a garden, maybe even grow our own vegetables.

But the lawyer-me says that these are just a bunch of fairy-tales. Do we really think people will massively give up flying or eating meat, and will take much better care of our world after this huge tragedy has come to an end one day? What this pandemic demonstrates is the vulnerability of life and our societies, which had to be protected by imposing regulations, mostly lockdowns of countries by governments, by force, which brought the whole world to a halt.

We have stopped hopping on planes, and “shop till we drop” is no longer a high priority. Capitalism is struggling right now. Governments have proclaimed rules that have, in no time, restricted our freedoms tremendously. Countries are in states of emergency that give governments authorization to control dangerous events, such as this health crisis. So, what made this massive slow down possible?

Laws did—in a way, this could never happen without them.

If we really want a new earth, where we can enjoy clean air and plastic-free oceans, where we have an environment without the suffering of billions of animals each day by intensive livestock farming, and where we can create the way to a regenerative nature, we need something crucial: solid laws. We need law as an instrument to bring about change and make sure these new rules are enforced. This is how, for example, suffrage for women and the abolition of slavery happened.

We won’t have a better, more sustainable, and more conscious world after this pandemic has been quenched, because to end the suffering of the planet and its inhabitants, it isn’t enough to rely on everyone’s conscious, daily choices. As much as I want to believe this, it just won’t work.

This is a period in history and people will continue with their busyness, over-consumption, and traveling the world by plane, like they used to, even though we know it burdens our health and our environment. Every year, millions of people die as a result of polluted air. Yet, reducing air pollution, which is now the world’s largest single environmental health risk, isn’t urgent enough for our governments.

Opinions are not written in stone. I have always believed in change on an individual level and found support in Gandhi’s truthful words, “Be the change you wish to see in the world.” But it won’t be enough.

If we want to fight the other crises—the slow death of our ecosystems; the loss of biodiversity; the Amazon, Australian, and African forests in flames; the melting of the ice caps; the pollution of our air, rivers, and oceans—we need laws. If we want to achieve a sustainable, green, healthy, and fair world, we can’t achieve this without solid laws.

We are all witnesses to how governments reacted to this global crisis: drastically, in a way that greatly limited our freedoms. We lost our freedom to move, to travel, to consume. It’s like living in a police state. Our civil rights are being restricted in an unprecedented fashion.

Don’t get me wrong, I don’t think countries need to change into eco-dictatorships when fighting for a sustainable, green, healthy world. This would only bring more anxiety, oppression, and violence into societies.

Now, more than ever though, we must give our massive support to those political parties that put the protection of our environment and human and animal health at the top of their political agenda. We must support politicians who understand the danger of zoonoses and their impact on global health, and speak about them in the political arena, for example the Dutch Party for the Animals.

Yet, hippie-me is still alive. She believes this global crisis can raise our level of humanity, the understanding of what it means to be human. If this is a sustainable change, we will have to see. Perhaps we only see this in times of crises, the humanity that gives us these soft, raw, breathtaking, and touching displays:

The experienced journalist in Madrid, Spain, who confessed to be in tears while witnessing the despair evolving in front of his eyes, as so many citizens have died that there’s no space for them to be buried;

My Dutch friend, who lost her elderly aunt to this pandemic and who writes postcards to the elderly in rest homes, who are ill and strongly affected. Many of them died alone in their beds;

The singing and guitar-playing police officer in the streets of my Spanish village;

The people, who are baking bread and cooking meals to support those who can’t.

This humanity—it’s a bittersweet mix of love and grief.

I try to think of what the millions of people affected by this pandemic need first and foremost. What do they want? Rest, peace, and space to grieve. The world needs the real and raw truth. It’s the only way to survive.

Yet another Reason to Go Vegan: Stop the Spread of Worldwide Viruses & Disease. What the Coronavirus Teaches us about Being Human: 5 Lessons from a Pandemic. Sprouting 101: Easy, tasty, nutritious & cheap to Grow.
See relevant Elephant Video