Good Friday: how our Modern-Day Lifestyle perpetuates the Crucifixion. 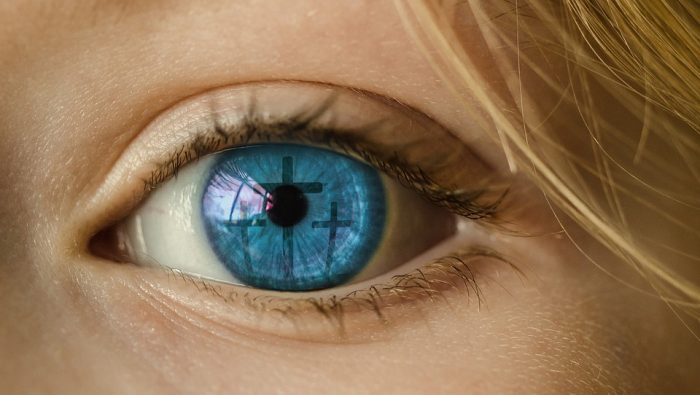 In the cross of Christ I glory,
towering o’er the wrecks of time;
all the light of sacred story
gathers round its head sublime.
~ John Bowring

The sixth recorded “word” of Jesus on the cross is, “It is finished.”

However, if you look at the older translations, you will notice that other words, such as “accomplished,” are often used instead. This is because the actual Greek word in John’s Gospel–tetelestai—is conjugated in the perfect tense, which does not exist in English. One scholarly source translates the sixth word of Christ as, “It is finished, and will continue to be finished.”

The idea of a thing remaining finished and unchanging in the midst of our roiling, overheated cauldron of a world brings an image to my mind that may surprise you.

I thought of the sticks that candy makers submerge in a hypertonic sugar solution to create rock candy. The molecules of sugar, looking for a way out of their overcrowded environment, latch onto the stick and form crystals. Other molecules, recognizing themselves in those crystals, form yet more crystals around and on top of them.

When over 5,000 African-Americans were lynched, and the Senate would not declare lynching a federal crime because of the overriding need to “protect Southern womanhood,” while the majority of White America told the leaders of the Civil Rights movement that they were pushing too hard and moving too fast, those lynching victims died for our sins. That strange fruit is crystallized to the cross of Christ.

When the United States government sent thousands of Native American children to American Indian boarding schools, hiring Christian religious orders to “kill the Indian to save the man,” those children suffered and died for our sins. Their lives and deaths are crystallized on the cross of Christ.

When nuns and sisters and priests and their staff were raped and murdered in El Salvador and Guatemala, with American money bankrolling their torturers, they most certainly suffered and died for our sins. Their suffering and death are crystallized on the cross of Christ.

When the Israeli government bulldozes Palestinian and Bedouin homes, and burns Palestinian olive orchards, to make room for illegal Jewish settlements, they do it with American money. When they return the bodies of Palestinian prisoners who have died in prison, and who have already had organs harvested, and show signs of pharmaceutical testing, those Palestinians suffered and died for our sins. Their suffering is crystallized on the cross of Christ.

If we make allowance for John Donne’s misunderstanding—which he shared with everyone of his time—about who exactly crucified Jesus, then his sacred sonnet number 11 rings uncomfortably true:

Spit in my face, you Jews, and pierce my side…
They kill’d once an inglorious man, but I
Crucify him daily, being now glorified.

And it doesn’t take hideous sins, or even obvious or visible ones, to take part in the daily crucifixion. All it takes is complacency, a willingness to look the other way, because we are still enjoying the fruits of the atrocities visited upon others. We need our cheap coffee, our cheap oil, our cheap labor, our cheap food, our sense of entitlement and superiority, and the peace of mind of a Western Hemisphere without communists.

When we avail ourselves of these things, while denying or sublimating all the suffering and death that brought them to us, we crucify afresh the glorified Christ.

The final verse of John Bowring’s familiar hymn is this:

Bane and blessing, pain and pleasure,
by the cross are sanctified;
peace is there that knows no measure,
joys that through all time abide.

Every crystal that is formed on the cross is holy. The suffering of every person there is sanctified, and every sacrificed soul is at peace, and free at last. At least, that is my hope. And the Cross of Christ still stands, towering o’er the wrecks of time, and will continue to stand, gathering sacred stories round its head sublime.

How Yoga’s 7 Energy Centers relate to the 7 Seals in the Book of Revelation. Bless me, Father, for I have Sinned: Finding Self-Forgiveness in my Darkest Hours. Why I Love Lent.
See relevant Elephant Video