Lies I Believed about Sex as a Young Woman. 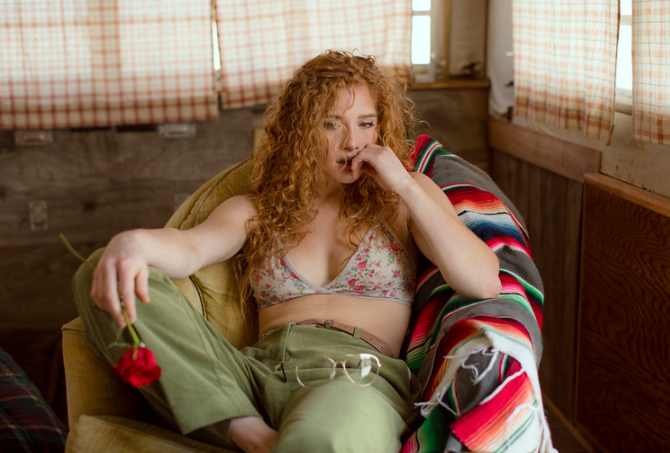 I learned about sex the old-fashion way.

I’m not talking about school, where they explained how a penis goes into a vagina and called it a day.

I’m talking about the way we all actually learn: word of mouth and through trial and error.

I came to an understanding of sex through the stories of my friends losing their virginity. I learned the mechanics via my first, second, and third boyfriend.

But what this left me vulnerable to, and I’m sure many other women, was a lot of lies and misguided beliefs about sex. There was no sage guidance for me and my fellow females to follow. The only guidance we had were enveloped in pulsing hormones and toxic masculine stigmas.

I don’t think men have it perfect either. I also don’t think they’re the only ones to blame. But as a young woman trying to figure out this whole new realm to life, I really had the short end of the stick.

The fact is women are fed these misconstrued beliefs and perpetuated lies about sex at a young age. These shape our beliefs about ourselves and our sexual identity well into adulthood.

Unless you stop to question them.

Which is exactly as I did as an adult. The more I read about sex, had open conversations, and questioned my own beliefs, the more I realized how many lies I bought into.

A few of which, I want to talk about.

Not wanting to have sex was apparently just as bad as having too much sex.

I just didn’t feel comfortable with some guys; I’ve always needed time to warm up to people. But when I halted their attempt to try and take things further, they called me a prude. I kid you not, it happened on several occasions.

And rather than writing them off, I thought to myself, “Am I a prude?” I’d never heard that term used positively, I really thought I was doing something wrong.

But refraining from sex, at any time, never makes someone a bad person. And this realization led to another one: women can’t win. Because if I had sex, I’d be called easy. If I didn’t, I came across as prudish.

But luckily, I realized all those silly boys that called me names really were the issue. Coercing someone into wanting to have sex with you is emotional manipulation.

So now I’m perfectly okay with being a “prude.”

“You have to have a one-night stand.”

“You’ve never had a one-night stand!?!?” was a phrase I heard time and time again after I graduated college.

Friends recounted their sexual exploits with such fond recollection, telling me I missed out on the best part of university. My guy friends would hear that fact about my past and, once again, call me a prude.

And I let that get in my head. So much so that I sought out what would come to be the closest thing I came to in terms of a one-night stand.

I knew the guy for a couple of years. I didn’t have much attraction to him other than his defined six-pack. We never connected outside of my nights out in West Hollywood. Nonetheless, I gave the one-night stand thing a try.

And the universe slapped me in the face. I hated it.

I can’t quite put my finger on it, but it was either the lack of connection I felt for him or the fact that in the middle of us having sex, he looked in a nearby mirror and said, “Wow, my abs look great from this angle.” Yes. Mid-sex.

To this day, it remains my only one-night stand. Though I find nothing wrong with them for other people, they’re just not my jam.

Try being a female and going to the doctor to let them know you have pain during sex. Your concerns will be written off as being everything from not enough lubrication to the guy’s junk being too big.

But the fact is that sex shouldn’t be painful. And as women in our own bodies, we know when there’s a problem that’s more than just a tight squeeze.

For many years, I endured painful sex. So much so that I avoided it with my partners and started to see sex as purely a chore in a relationship.

Though I never found the cause of my pain, I did find ways to ease it. I sought information online and slowly reframed the way I thought about sex.

“As long as I can count my number on two hands, I’m good,” said so many of my friends in college.

My friends and I truly believed that once we went from 10 partners to 11, we somehow became bad people.

This idea further nestled itself into my psyche when a boyfriend shamed me after finding out my number of sexual partners. Mind you, my number was lower than his. So that speaks volumes on its own.

Your life is your own. Your sexual history is your own. As long as you were safe and have been checked by your doctor, your current partner should only care about the person you are now.

Your number of sexual partners does not morally define you as a person.

“If you’re dating, they can’t assault you.”

This lie took me a long time to unravel.

The reason? Women are afraid to speak up about sexual assault when it happens in a relationship. I know this because it happened to me. And it took until recently for me to realize how deeply that assault affected me.

Once I wrote about it, more women came forward and told me about their similar experiences. And this broke my f*cking heart.

The fact is, sexual assault can happen at any time. A relationship does not give someone unlimited access to their partner. You have the right to say no, and that decision should be respected.

“There’s something wrong with your libido.”

Going back to my experience with painful sex, as a result, I had a lower libido. I hear couples talk about their relationships like they’re having sex, on the reg, three times a day. To me, I couldn’t even imagine doing it every day.

And up until recently, I felt like a broken human being because of this. My partners would push and push for more sex. And though I did it much more often than I was comfortable, it never seemed enough for them.

So instead of coming to an understanding of our mismatched libidos, I was framed as the problem.

But now I know that everyone is different. I understand that stress, my cycle, connection, and energy levels affect my libido. I know that I’m not a bad person for having a lower one.

Sadly, these aren’t the only lies women are told about sex. They’re simply the ones I endured.

I hope that by speaking up about my experiences, more women will feel comfortable talking about their own.

Because the misconception that women are lesser when it comes to sex is ridiculous. And with awareness, we can hopefully change that. 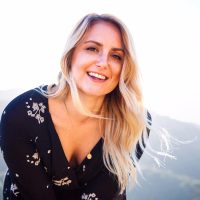 Kristie Taylor is a relationship and dating writer/coach. She writes articles about relationships and dating, without the fluffy BS. She helps people navigate the world of lov… Read full bio

The Kind of “Sex Manual” Every Man (& Woman) Should Read. 10 Things About Sex I Wish Someone Told Me When I Was 15. Consent & Confusion: a Man’s Perspective on Sex.
See relevant Elephant Video