Micro-Cheating in the World of COVID-19. 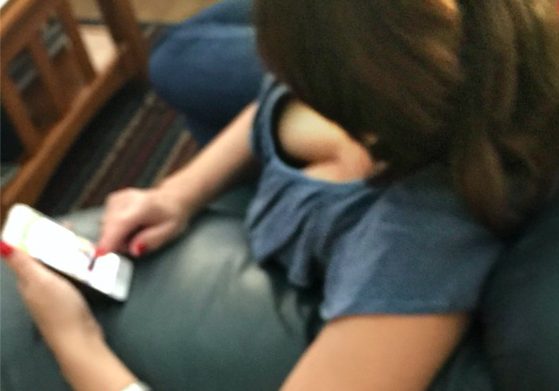 I wasn’t expecting to get that text yesterday afternoon.

In the first place, work was stressful and busy, and I couldn’t concentrate on what was happening over my phone. Humans—and I should know because I am one—have a tendency to take what they want from an interaction and leave the rest.

So, when Amana (not her real name) confronted me about my feelings in a text, where she admitted her own feelings, all I wanted to see was that the object of my affection was displaying the signs of reciprocation we all long for. What I refused to see was the impossibility of the situation.

First, Amana lived on the opposite coast of America. We are also in the midst of a quarantine. And, she is married.

Of course, these are not insurmountable hurdles. People move all the time and I’ve heard rumors that this pandemic is not going to last forever, but do I really want to encourage someone to leave their marriage? The foundation that supports this institution is a promise that, no matter what, you and your partner vow to slog through whatever misery life throws your way. When you reach an impasse, you find a way to tunnel through—with your bare hands if necessary. It’s marriage and it’s a solemn promise.

Micro-cheating is a direction many of us seem to head in because it provides a lot of the missing ingredients that a typical marriage lacks. It’s full of promise and fantasy, and, more times than not, we begin to receive what we have been deprived of for years in our lackluster relationships.

I know, in my own case, I was falling in love with Amana. I never had to come out with anything blunt; she obviously could feel what I was sending through the ether day after day. What makes it all the more perplexing was that I didn’t really have an end game in mind. When she told me in a subsequent text that day that she was never going to move to New York, even if she wasn’t married, I wasn’t disappointed. I don’t believe I ever thought she would. I just wanted to remain in this blissful state of flirting forever—what Amana referred to as “Lala Land.” I got her point, though.

Living in Lala Land with someone 3,000 miles away is not really fair to the person in the next room—even if that person has been taking you for granted for the last 10 years. That’s what people in marriages typically do.

What people in marriages don’t typically do is recognize what is happening when they are micro-cheating, put a stop to it, and sit their spouse down and tell them all about it. When Amana explained to me that this was what she was going to do, I wasn’t sure what to think. It had been an exhausting day, and I was in need of sleep almost as soon as I walked in the door.

I opened my eyes in the middle of the night, which has become my new habit since the world fell under the cloud of COVID-19, and saw a protracted message from her. She explained that the conversation with her husband did not result in the explosive reaction she expected; the two of them were going to try to continue working on their faltering relationship, and she wasn’t certain how she and I would continue. She needed a few days to come to terms with that.

I felt the weight of sadness, because I knew what was being implied. For all intents and purposes, if Amana wished to work on the deficiencies of her marriage, it’d be best if I wasn’t a constant presence by which she measured her husband. It’s not really fair to compare a well-constructed profile photo and a lot of pretty words against the messy and less exciting reality of an actual human being.

Now that I have a few minutes to reflect on everything, I can see beyond my own grief. There are not that many people who would’ve handled this situation the way that Amana did. The common approach would’ve been to either follow through with something like this until it graduated to phone calls and sexting or to gradually phase it out and pretend it never happened.

I should probably mention that Amana is not really her name. Amana is a Biblical name that means integrity and truth. It fits her perfectly.

The grief I am feeling is somewhat intangible because the loss is not the touch of a warm human being, it was just the idea of finding someone to love like Amana. I’m still not entirely certain that I will ever find that in this life, and I am sad that I was only allowed to brush up against the possibility of it for a fleeting moment.

My only hope is that, when the pain finally subsides, I am left with the beauty of knowing Amana exists in this world. She could be the last vestige of what love was always meant to be. Unconditional and eternal.

A Secret Kiss during a Global Pandemic. The Best Explanation of Cheating I have ever Heard. Micro-Cheating & Intimacy Bypassing: the Truth about Back Burner Relationships.
See relevant Elephant Video