Earth Day turns 50: the Solution to Climate Change is right in front of us.

Fifty years ago we celebrated the first Earth Day and what has been achieved in that time?

In the summer 1969, the Cuyahoga River burned because of the petroleum distillates that were being dumped into it. Three million gallons of oil spilled in Santa Barbara, killing sea life and ruining the beaches. Dioxin and other poisons were dumped directly into lakes and rivers. Whales were being hunted to the brink of extinction and the bald eagle, the symbol of our nation, was reduced to the brink of extinction.

Within the next two years, under President Nixon, the Endangered Species Act and Clean Air Act were passed through bilateral collaboration in Congress, and the Clean Water Act was amended and strengthened.

As a result of these efforts, the aggregate emission of six industrial pollutants have decreased by more than 73 percent, bald eagles have recovered to the point where they are relatively common, and whale species such as the humpback have steadily increased.

I feel it is important to reflect on some of our triumphs even as we recommit ourselves engaging in the critical work of saving the Earth for future generations, and we still have a long way to go.

This generation faces some of the greatest environmental challenges yet—climate change, melting ice caps, and mass extinction, as well as threats to our growing human population, drought, hunger, homelessness, war, and now global pandemic. How do we sustain ourselves as we engage in this arduous task of restoring our world?

Let me ask you something: do you care about nature, about birds, animals, and all that is wild?

Are you frightened about your future, and the future of your children and grandchildren?

Are you frustrated about seeing legal protections for human health and environmental integrity eroded, undermined, and repealed?

Are you angry about the inertia of our leaders in the face of devastating climate change and of threats to life on Earth?

How do we then sustain our sanity and equilibrium in the face of such daunting threats?

How do we live a decent life in midst of such grief and terror?

How do we connect with our own hearts and remain available to our world and engage in winning hearts and minds to the cause of global environmental stewardship?

The fact is that we have all that we need to tackle these challenges—the scientific knowledge, technology, the money—and we have nature’s tremendous power for regeneration, healing, and growth.

What we are lacking as a society is the will to undertake this work, the understanding of why this is so critically important, the ability to communicate our vision, and the tolerance to work with individuals with widely divergent points of view and interests.

“I used to think that top environmental problems were biodiversity loss, ecosystem collapse and climate change. I thought that thirty years of good science could address these problems. I was wrong. The top environmental problems are selfishness, greed and apathy, and to deal with these we need a cultural and spiritual transformation. And we scientists don’t know how to do that.”

The practice of mindfulness meditation—following our breath and connecting with our own basic state of being can provide us with a space in which we can restore and recharge. In many ways, I think this provides the missing element.

Those of us who cared about the earth in the 60s and 70s are now in our 60s and 70s. The torch is passed to the younger generation, but you are not alone. Right now, across the world, Earth Day is being celebrated in 193 countries.

And the whales, the eagles, the forests, the oceans are continuing to do what they do because someone cared.

Earth Aspiration: May all beings be everywhere be happy and free from suffering. May the words, thoughts, and actions of my own life contribute to that happiness, well-being, and freedom of all living things. 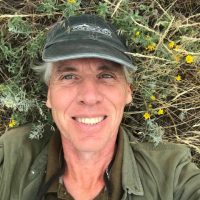 Jim Tolstrup is the Executive Director of the High Plains Environmental Center in Loveland, CO, a unique model for preserving native bio-diversity in the midst of development… Read full bio

Coronavirus & Animal Exploitation: A Wake-Up Call for Humanity. Why Earth Day is a Sham. The Big-Ass Box of Eco Quotes to Motivate & Inspire us to Action.
See relevant Elephant Video