Pregnancy in the Time of Coronavirus. 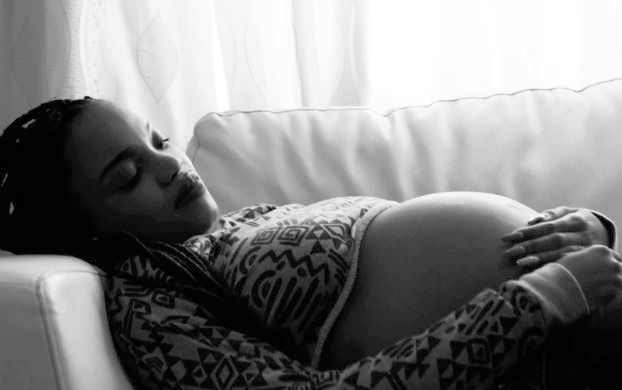 Trying to conceive had started an overt war between my brain and body.

Each negative pregnancy test, along with each miscarriage, meant shots fired: my brain shot at my body for being an unacceptable failure, and my body shot at my brain to remind it that, despite its best efforts, it couldn’t control everything.

And so, when I did finally get pregnant, a new contract was forged between my body and brain—one that engendered a (mildly) affectionate spirit of collaboration in service of this new little life.

Being pregnant meant nausea and food aversions, but the silver lining was the shedding in my first trimester of a heartache-inducing 15 pounds that I had been trying to lose for almost a year. Being pregnant also meant that my unruly anxiety, which was surely governed at least in part by my ever waxing and waning hormones, had miraculously become stabilized.

The anxiety had not only abated, but it had been replaced with a lightness. Joy, even. I also managed to not worry about miscarrying again. This one was my baby. Even in those early days, I knew she was a girl (I was correct). My husband and I nicknamed her “The Jellybean,” after what she resembled at our first ultrasound. She became my comrade, my colleague, and my copilot as I ran around New York, navigating my career while trying not to fall asleep or throw up.

Even when I struggled to eat, or when my immune system became plagued with more than its share of nasty bugs, because my white blood cells were forced to sheath their swords to protect the fetus, I knew my body was doing its job adroitly. My micromanaging mind was then free to sit back, binge-watch “True Crime” with abandon, and keep focusing on trying not to fall asleep or throw up.

I was four months shy of my 40th birthday when my baby was conceived, and I was therefore categorized as a “geriatric pregnancy”—a term that just grates on the ear and almost sounds offensive. This meant more frequent appointments and extra tests. While I would experience small pinpricks of nervousness the night before a big test, ultimately an ironclad certainty had planted itself in my body (perhaps it formed the placenta?) and kept me from worrying too much. I knew our little Jellybean would be just fine. And she was.

When the Coronavirus first burst into our global vocabulary, like most people, I had traipsed through a period of blissful ignorance. Surely it was no worse than the flu, and vigorous hand washing was a panacea. Here we are, many weeks later, and the U.S. has the largest number of reported cases in the world, with New York as its current epicenter. I myself have been in contact with several people who have the virus, and now I am marooned on a desert island of endless waiting (and, of course, quite literally quarantined) for symptoms.

The contract that had been previously forged between my brain and body is now null and void, as my brain has become a paranoid schoolmarm, keeping tabs on my body like an elderly woman protecting the virtues of her young charges. Was that just a cough? Is that a body ache? Maybe you should check your temperature again? The real and underlying questions my brain is asking, though, are these: Can you be trusted to carry this child? To protect her and deliver her into this life, healthy and thriving? Or will your body fall ill and fail in its most important mission?

And my body, quite simply, has no response. My brain cannot latch onto a life raft of knowledge and logic to keep it afloat, as there is simply not enough known about this virus and the extent to which it does or doesn’t impact pregnant mothers and unborn babies. And so…I wait, and hope for the best, and wait some more. For now, I am healthy.

What I feel in these isolated days in my apartment is, first and foremost, gratitude that my loving and entertaining husband is there with me. He has been equal parts protective and nurturing, all while trying out his dad jokes.

What I also feel, however, is that something has been taken from me. During this bustling bliss of pregnancy I wanted to be running around to stores, feeling baby blankets with my fingertips, cooing over racks of girlie outfits, testing out strollers, and planning a baby shower that would be drenched unapologetically in pink.

I am feeling pangs of grief (to match all of the other strange pangs in my body) in releasing the vision of what this time was supposed to look and feel like. I wasn’t supposed to be worrying for my baby’s safety in the second trimester. I was supposed to be showing off my baby bump, clad in humorous maternity shirts that I had been saving since the early weeks of pregnancy to wear when I actually looked pregnant and not just bloated. But here we are. Things look different now.

Now is a time when I am forced to turn inward, because the external world is quite literally forbidden. It is a time to clear my apartment of old stuff, and my head of old thoughts, to make way for the new. It is a time to feel my baby’s (surprisingly powerful) kicks, write letters to her, read Goodnight Moon to the bump, and take shameless belly pics for no one in particular with a sticker on my shirt declaring how many weeks along I am.

And so right now I will turn inward. Eventually my brain and body will have no choice but to call a cease fire.

And every night as I pace the floor of my apartment, restless with insomnia and cabin fever, I will take a moment to notice all of the lit windows as I look out over the ghost town that is Manhattan. I will think about the other pregnant mothers-to-be whose hopes and disappointments and fears and baby bumps are being held within those lights, and I will know that there are others feeling the same way.

There are others who are battling with their brains, but doing their best to turn inward.

And waiting. And hoping.

How to Enjoy Life Amidst the Coronavirus Fear: Your Go-To Guide from Books to Podcasts & Wellness Practices.
What the Coronavirus is Teaching Me: 5 Lessons from Uncertain Times.
The Artist’s Stay-at-Home & Stay Sane Guide.
10 Simple Ways to Boost your Immunity without Leaving the House.
Stop Romanticizing Lockdown—It’s a Mental Health Crisis in the Making. 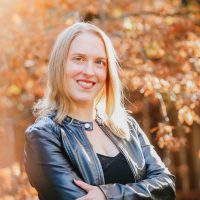 By day, Brooke MacKenzie is a reading specialist and writes educational articles and personal essays.  By night, she is a scary movie fanatic and writes horror fiction by ca… Read full bio

I am Pregnant, but I am not a Pregnant Goddess. How to Modify Alternate Nostril Breathing for Balance in Pregnancy. Balancing Chakras During Pregnancy. 15 Special Tips for My Pregnant Friends. The Sacred Teachings of a Pregnant Body.
See relevant Elephant Video