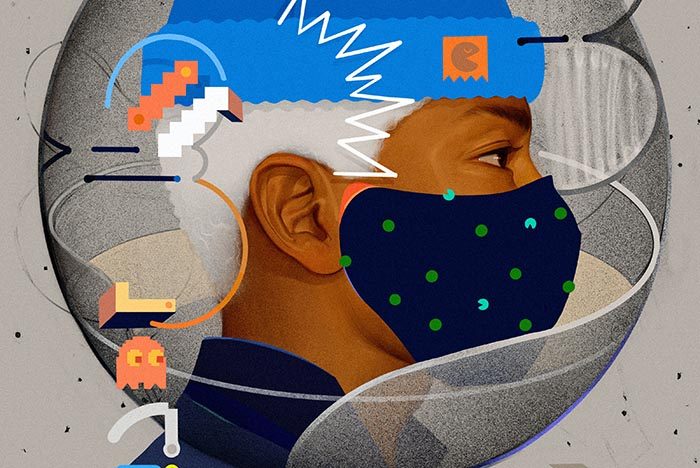 James Baldwin’s brilliant long essay on racial disharmony, The Fire Next Time, written in 1962, proposes that if relatively conscious whites and blacks insisted on creating the right sort of consciousness in others, it might end America’s racial nightmare.

In other words, things could be genuinely changed if people of both races worked to meet each other halfway, and better understand the personal dynamics and history that has led to so much hatred.

Beyond race relations, this country and the world are dealing with the coronavirus and, as we do, there appears to be a certain amount of unity happening.

The question is, after the virus has been at least temporarily abated through the discovery of a vaccine or some other measure, will that sense of apparent unity continue?

Can we increase our sense of connection, or will we revert to the endless conflict, division, fragmentation, and recrimination that have been part of our social and political discourse lately—particularly on social media?

And will we refuse to meet halfway those whom we consider to be adversaries?

What can we all do to ramp down today’s climate of animosity, conflict, and division? Here are a few ideas:

1. Seek out other perspectives on social media.

Our addiction to social media has greatly narrowed our perspectives. We often seek out only those with whom we agree, in order to get immediate confirmation from the “like” icon, or simply because it is a much quicker digital fix to find those who are like-minded.

Instead, make an effort to find people on social media with different points of view. In the movie “Gandhi,” starring Ben Kingsley, there’s a powerful scene: during the Hindu-Muslim riots following India’s independence from the British, a Hindu man kills a Muslim child in retaliation for his own child being killed by Muslims. He tells Gandhi he will go to hell for his violent act. Gandhi tells him there’s a way out—adopt an orphaned Muslim child, but be sure to raise him as a Muslim.

Attempting to walk in the shoes of those whom you oppose in the digital world, even if only temporarily, can have a curative effect. You can see more clearly how their thoughts on certain matters may have evolved, even if you don’t agree with them. You can potentially introduce yourself to others whose ideas you may not have considered.

Following someone with whom you don’t agree may even force you to look more clearly at your own ideas and beliefs.

Social media has made it all too easy to blame other people for our troubles, particularly those with contradictory values to our own—and with increased animosity. Likewise, it’s also made it easier for people to avoid taking responsibility for their own difficulties if instead they can view these as the inevitable result of someone else’s actions.

But social media wasn’t set up to facilitate the blame game. In fact, Twitter was originally developed as a microblogging platform to enable people to share information, while Facebook was originally developed so college students could more easily connect. Through no fault of Twitter’s creators, the platform has often descended into being the perfect environment for blaming one’s troubles on someone else. So take another approach.

Make the effort to understand just how contentious exchanges on social media have become, and work to avoid them. Tap into the original intent and practice sharing information, rather than pointing fingers.

3. Look for those who think outside the box.

If you want to keep your thinking limited to the same box it’s already in, then simply look for people online who you know will likely agree with you and feed you information that just confirms what you already know. But if you look for those on the Internet who think outside the box on certain social and political issues, that’s one of the best ways there is to expand one’s horizons.

Famous examples of outside-the-box thinking include:

>> Martin Luther King, who applied Gandhi’s philosophy of non-violence to help integrate the American South.
>> Feminist Naomi Wolf, who asserted that physical beauty is really a social construct perpetrated by both men and women alike.
>> Bob Dylan, who penned the classic song, “Only a Pawn in Their Game,” in which Civil Rights leader Medgar Ever’s real murderer isn’t just one man, but the entire hierarchy of prejudice that exists in this country.

After the Coronavirus has been controlled, people can either continue to feel connected to one another, or they can resume returning to their respective corners on the Internet. Let’s hope for all our sakes that it’s the former. More than hope, let us move to make it so. 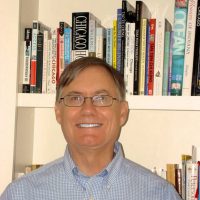 Lyn Lesch founded and directed his own democratically run school for children ages six to fourteen for twelve years, one that received widespread attention in the Chicago area… Read full bio

Seven Reasons to Unfriend someone on Facebook. The Heterosexual Quiz: 25 Questions to Ask Straight Folks. How to Respond Compassionately to those we Disagree With.
See relevant Elephant Video