3 Heart-Softening Practices that can Restore Intimacy.

You might also like these Elephant classics: 5 Ways to Make a Man Feel Really Loved. and 5 Ways to Get Intimate that Don’t Involve Having Sex.

The result of a conflict discussion is predetermined within the first few sentences of the conversation.

John Gottman’s marriage research showed that the likelihood of a couple’s divorce could be predicted by observing just the first three minutes of an argument. His work on couples conflict showed that almost all conflict discussions will end the same way they begin.

If we start a conversation without self-awareness and simply react to the triggered emotions we are experiencing, we are going to solicit an equally triggered and defensive response within our partner. The same is true in reverse: if we start a conversation with awareness around the internal response we are having, we create an opportunity to slow down and approach from a softer space within us. We create a new opportunity for a difficult discussion to actually increase intimacy and connection.

We often have preconceptions going into a discussion, cutting off any possibilities outside the biased conclusion we’ve already reached in our head. We have unknowingly set the tone for past triggers to lead and set ourselves up for an “us against them” situation.

Oftentimes, we are having a reaction to something that’s occurred in the past and don’t realize we’re not in the present moment when this strong physical response is happening. When we recognize this within ourselves when it’s occurring, we have an opportunity to transform the way we communicate with our partner.

Gentle start-up was created from John Gottman’s research and it’s a way of softening the beginning of a discussion so that the other person is receptive and open to what we want to share. It opens a space for them to connect to what it is we need and to tune into our perspective. The receiving partner can immediately sense that we’re not trying to blame them, make them feel wrong, or disrespect their point of view.

When we approach the conversation urgently, letting past triggers lead, we set it up so the person on the receiving end immediately goes into defensive and protective mode, which results in them losing the ability to hear us or feel any empathy for us.

When we approach the conversation aggressively by just going straight into what it is we’re upset about, we set it up so the person on the receiving end immediately goes into defensive and protective mode, which results in them losing the ability to hear anything we’re trying to convey.

I have experienced this firsthand in my own relationship. The old me had a fast-paced, direct personality, and I liked to speak bluntly. I noticed that as my husband and I dealt with more and more communication issues, the way I chose to approach conflict conversations was a huge contributor to that spiral. He started to avoid wanting to talk to me at all in fear that he would end up feeling criticized or blamed for something he viewed differently.

Conversations usually resulted in more tension and more disconnection instead of reaching the deeper intention of feeling loved, heard, and understood. We got trapped in a cycle of who was right and who was wrong, which only led to both of us feeling unloved, unappreciated, and undervalued.

The intention behind the conversation was good, the outcome never was though.

I finally got to a point of looking at myself and asking, “What am I doing wrong?” As I learned more about the science of love and relationships, I realized I was approaching things in all the wrong ways. I was approaching communication like a job, a business transaction, a robotic exchange. There was no heart in it; I wasn’t budging if he wasn’t. I got locked into being right and focusing on all the things he was doing wrong. I wasn’t going into a discussion assuming we were a team and that we were on the same side. I lacked patience, awareness and reacted urgently to whatever I was feeling at that moment. I lost the ability to lead from my heart, which is what’s necessary for disagreements to lead to intimacy.

As I slowed down enough to notice and admit this, I started to make changes within myself that inspired new life into the relationship.

Three ways softening yourself will transform your relationship:

If we’re not aware of what’s going on inside of us before approaching a controversial topic with our partner, it’s not going to go well. If we’re in reaction mode and feel like we’ve got something to get off of our chest urgently, this is generally not received in a positive way.

This is why awareness is key, as it provides an immediate shift, helping us focus on what we do want instead of what we don’t. When we tap into our awareness and notice our heart rate is up, we’re flooded with emotions, or we’re really angry or upset, we then recognize that this is likely not the best time to enter a conversation.

How many times have we gone into action mode and deeply regretted it the next day? It’s amazing how much perspective a little time and space create, so choosing to pause in these moments will allow you to build confidence that you’re in control of your emotions and on the right track.

With awareness, we’ll instinctively know when the right time is instead of succumbing to that sense of urgency that it has to be said right now.

One of the biggest reasons we go full steam ahead into a conflict discussion is because we are moving way too fast! We’re in this reactionary mode and moving at a pace that is going to set us up to be unsuccessful at the attempt to connect and fix the problem. We’re responding from a place of acceleration, or fight-flight, which never goes well in feeling heard and understood.

When we instead decelerate and tap into what is underneath all the emotions we’re feeling, we want to stay with this long enough to explore it. We’ve become so used to suppressing our emotions that when we’re upset, we often don’t know what it is we’re even feeling. We often can only connect to our emotions at a shallow level, enough to identify that we’re mad, sad, or happy.

As we slow down, we allow that mind-body connection to kick in and help us access what’s going on within us and feel it. We then learn to express ourselves from a space of self-disclosure, vulnerability, and honesty. We’ve moved out of that reactive state of making accusations to simply sharing our emotional experience, which inspires connection, compassion, and empathy.

We often assume if we’re arguing that we need to solve some type of specific problem or issue. Yet we can’t do this if we don’t have the ability to understand or empathize with our partner’s perspective. We often want to charge in with talking and explaining ourselves: what we need, what we meant, or how we didn’t like something they said or did. Taking a step back from this impulse will powerfully restore trust and intimacy over time.

Our ability to actively listen and allow our partner to feel heard is so much more effective than trying to fix whatever is being discussed. Active listening is being present to the conversation, not interrupting or interjecting with defenses or explanations, and allowing our partner to express what it is they are feeling.

When they are done speaking, it can be helpful to summarize what they shared and, if they shared a need, to express understanding of having heard it.

As our partner feels that we truly heard and witnessed them, this is what restores connection and intimacy. This will then be reflected back to us. One person in the relationship has to be an example of the change they yearn to cultivate within it.

I am confident these practices will drastically change those first three minutes of an argument from disconnection to restoring intimacy in a beautiful and impactful way.

Discover your next read: 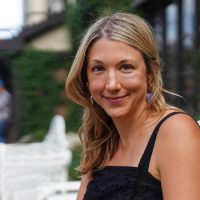 Jen Michelle is a Clinical Social Worker as well as a certified love and relationship coach. She believes it is her own story though that now allows her the privilege to help … Read full bio