A Lesson in Self-Worth from 2-Minute Noodles. 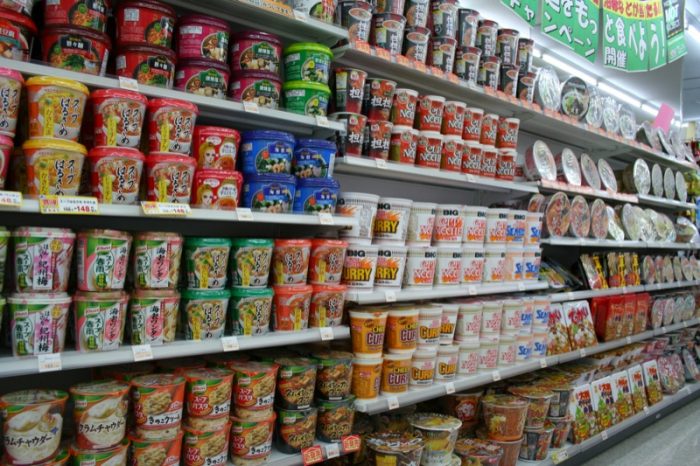 I grew up in Ireland, in a small country town.

I was the fifth of eight children and life was very much focused on the simple things. Everything, from the food on the table to the clothes we would wear, was treated as a gift.

Hand-me-downs were a blessing, and nothing was taken for granted. Wanting more was not an option; it was about being grateful for what we had. We lived a Catholic life, so going to church at least once a week went without saying.

My dad passed before his 46th birthday, when I was 14 years old, and prior to that, he was an army man for many years. He was the main breadwinner and would spend months on end away from the family, sending home whatever money he could to make ends meet and put food on the table.

We laugh now when my children say things like, “Mum, there’s no food in the fridge.” I usually go investigate the sad state of my empty fridge, only to find one full of healthy produce. What my children mean to say is, “Mum, there is no junk food in our fridge.” This amuses me, because I remember so clearly as a young child opening the fridge to not a single thing inside. When we would say there was no food in the fridge, it was literal.

My mum—bless her—worked three jobs washing dishes, waiting tables, and cleaning in a hospital. You name it, she worked it. She would work day shifts and night shifts just to fulfill the needs of her eight children, and when my dad passed away, she was left with this enormously heavy load to carry. It was an unbelievably difficult time of trauma and distress. As a 14-year-old, I found myself trying to pick up the pieces by working where I could, just to help her out. It was exhausting and the language I recall was very much about not being able to afford nice things. That was just the way it was.

I recall having a conversation about my dreams and aspirations of being super successful one day, but there was a common feeling of “we were not made for that special way of life” and “that’s how the other half lives.”

These ideas stuck with me on my journey, and as much as it did impact my belief about my life purpose, it took me a lot longer to reach a point where I could accept that the other half lived that way because they chose to break the mold of past regression. I lived this way for at least 35 of my years, where I believed that my purpose in life was to serve others. I had never experienced a time in my life where I toyed with the idea of serving myself.

Then one day, out of the blue, my husband woke up on a Monday morning in February, while I was getting the children ready for school, packed all his things, and walked out. This was my second marriage, and every bit of my 13-year relationship had been about serving him. I was the wife. I took second place to his primary position on our journey.

In that moment, I felt it all: shock, hurt, disbelief, grief, betrayal, hurt, and failure. I had no money and no way of getting any from him. I remember going to the grocery store with my daughter with $10 in my wallet. Knowing I had to make it stretch, I put every ounce of my resourcefulness and lifetime spent “doing it tough,” into that $10.

I recall my daughter wanting two-minute noodles, but I could not afford them. They cost $1.59.

In that moment, looking at my daughter’s little face—feeling my own heart break and knowing I had so much more within me to offer this world—I made a mental decision that from now on, I would always be able to afford two-minute noodles.

Every morning I would wake up, now living in Australia, and thankfully by the beach, and I would make my black coffee and listen to the ocean. I would speak to it and ask it to give me strength, to help me heal these feelings of unworthiness. And every time, no matter what, I would feel better. I began to walk barefoot in the forest, sometimes entering a total mess and emerging with strength and feeling somewhat taller.

Each day, I felt stronger. Then, I started trail running. I joined a trail running group. I knew if I could run for 30 kms I could do anything. Before long, I had completed my graduate diploma in business and found a job that aligned directly with my love for helping others.

And now, here I am. The mold has been broken.

I spend many hours a week writing, running, walking, learning, and investing in myself and my mindset. I remain remarkably close to my family, but I had to set boundaries and recognize when their or my own negative talk would try to worm its way back into my thoughts. When I need to focus on me and serve myself, I’ve learned to take a step back from others.

I had a conversation with my youngest daughter recently. I asked her, “What have you learned from two-minute noodles?” She said, “That just because you go through a hard time in life doesn’t mean you have to stay there, that we can have anything we want if we put our minds to it.”

She then told me she had a dream of owning a big home in Queensland, and explained what she was going to do to achieve that by the time she was 20. We created a vision board together—a plan for her to achieve her dreams and to continue to believe—because she is worthy of all things great. 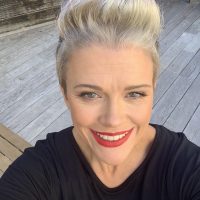 Gill Holden is a seasoned consultant in healthcare recruitment, business development, and change management, and has spent the past 18 years working both internally and extern… Read full bio

For the Ones who Struggle with Self-Worth. The Coolest Thing about Gratitude.
See relevant Elephant Video