How Shakta Tantra can help us find Home within Ourselves. 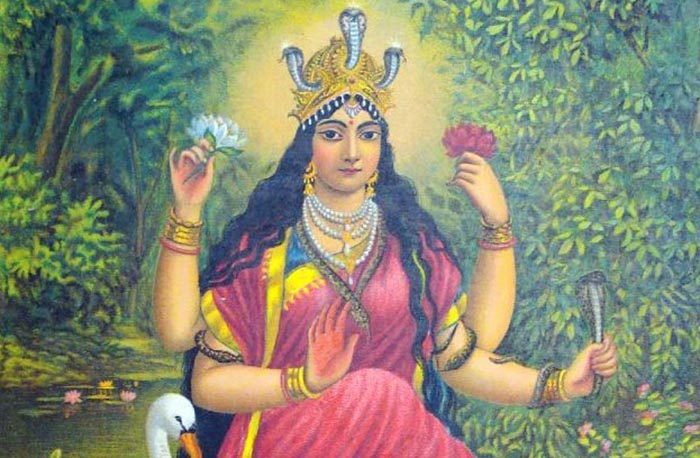 A year ago, I stopped praying to God the Father.

I grew up going to Presbyterian church. Religion was never forced on me, but I found much comfort and inspiration in reading the Psalms and hearing sermons. God the Father was never an idea, or a choice; it just was. I never questioned an alternative reality.

Although I’m not religious now, I pray religiously. My spiritual practices have taken on new textures and facets over the years.

Eight years ago, I was introduced to a contemplative prayer practice called the prayer wheel, which became the basis of my spiritual life. In addition to prayer, I adopted yogic practices around this time, such as chanting Sanskrit texts and engaging the practice of Ashtanga yoga.

Recently, I started working with elements of Shakta Tantra in my spiritual life. Shakta Tantra entails the worship of Devi, the Mother of Creation, and embodiment-based practices that encourage states of immanence.

The idea of God the Mother directly contradicted my own patriarchal concepts of God as influenced by the Christian tradition. When I had considered God, before I was introduced to this practice, God always referred to a shepherd-like, fatherly energy, swirling somewhere in the ether above me. God was a being I prayed to as a being separate from me, rather than an energy I prayed into as an intrinsic part of me.

In the esoteric branch of Shakta Tantra, the energy of Shakti—the primordial energy that Devi both disseminates and is infused by—is understood as infusing all of creation. Nothing is separate from her, and humanity is a manifestation of her divinity. Devi is depicted in various ways, with plentiful representations and manifestations. In Tantric philosophy, deities, gods, and goddesses are personified aspects of energy or emotion designed to elicit reactions in devotees and awaken aspects of consciousness.

Swami Niranjananda explains that the deity is a Tantric tool. In Tantra Darshan, he writes:

“It is the medium for establishing communion with God. The deity allows one to engage the outer senses and emotions in order to disconnect and turn back inside, connecting to and realizing the deity within.”

The “deity within” is represented by archetypes, symbols, and images that awaken deep, dormant domains of consciousness inside human beings. This process exists when someone hears a story, for example. The listener is overcome with awe, grief, and tenderness as the story draws out an experience embedded in her very being. This understanding is so potent because it is both fundamental to who she is as a person and universal to who she is as a human being, in the matrix of knowing that Jung called the “collective unconscious.”

This is why myth is powerful—why Dr. Martin Shaw, in his book, A Branch From The Lightning Tree, calls myth medicine, and says that “to face the world without them” is to “walk naked into a blizzard, to enter a desert without water.”

Depicting a deity with visceral qualities imbues the deity with initiatory power. The deity awakens something inside of the tantrika by conjuring sensation, deep wells of emotion, creative energy, and primal instinct. This awakening opens a portal to the deepest parts of the tantrika’s awareness.

This is why deity as a tantric tool is so crucial. The deity acts as an initiatory principle and architect of the tantrika’s inner psychic landscape. This is why God must be personal to a person in the tantric tradition, as general ideas and impersonal abstractions cannot conjure, awaken, or initiate with the same intimacy.

When I started shifting my prayers to address “Devi,” and started working with matriarchal symbolism and imagery, my spiritual life and inner world completely changed.

My prayers became devotional words of praise, raw confessions of struggle, and authentic petitions for mercy, grace, and guidance.

I would sit for long periods of time quietly weeping, held in a cradle of energy that was warm, maternal, and all-encompassing.

I stopped judging myself so harshly and obsessively worrying about my missteps.

By making space for Devi both literally (in the practice of adorning my altar with pictures and statues) and metaphorically (in the altar of my heart), the psychic field of grace that she embodies began to seep into my own field of awareness.

Swami Satyasangananda, author of Sri Saundarya Lahari: The Descent and holder of the Shakta Tantra tradition, implored me during a talk I attended at Rikhiapeeth Ashram in India, to “Tell Devi everything that is written in your heart,” because “she is my Mother.”

Practicing Shakta Tantra and worshipping Devi has allowed me to experience grace as an eternal, visceral presence. I do not reject the other aspects of God, such as God the Father, but I feel compelled to channel my energies in the direction of Devi, as she has helped me discover a home in myself.

For me, the home is the domain of the Mother. The Mother is the first home we all knew coming into the world, as we basked in the nurturing cocoon of the womb. Although we cannot consciously recall experiences in the womb, this experience has nonetheless shaped our early encounter with life. When spiritual tradition denies the Mother a place at the altar, humanity is bereft of its own roots.

Feminine depictions of godliness as God the Mother mean that we can embody the wisdom, grace, and power from which we all hail. It means we can come home to our own knowing and accept grace as an essential part of human life. Is is not the only path, but it is the path that is written in my heart. 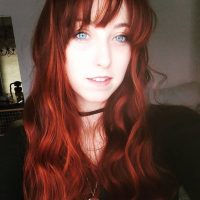 Sarah Ann LaFleur is a writer, ashtanga yoga teacher, and Sanskrit enthusiast who is passionate about the creative, spiritual life. Her work has been featured in The Huffingto… Read full bio

Feeling stuck? Call on the 9 Superpowers of Ganesha. 5 Ways to Begin Practicing Tantra. {Adult} The Power of Navaratri: Inspiration for Connecting with the Goddesses. Traits of an Awakened Tantric Goddess. {Nudity}
See relevant Elephant Video