5 Lessons Every Functioning Adult should have Learned by Now. 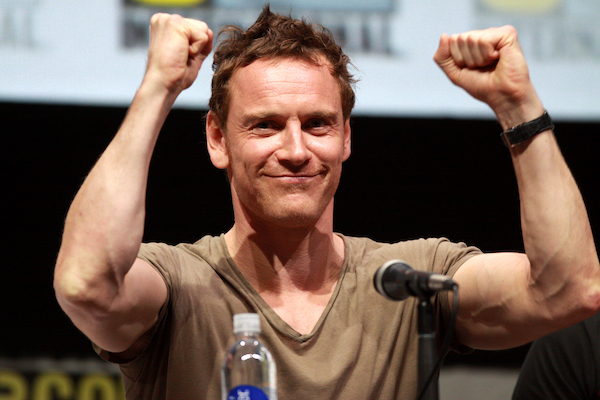 I’ve always had a hard time believing that adults exist.

The older I get, the less I believe it. Most adults just seem to care about the same things as children:

>> How do I get food in this mouth?
>> How can I play with that shiny toy over there?
>> What do I do with this thing between my legs?
>> Do I really need to still listen to my mother?

It seems like we’re all playing through levels of the same video game, never really evolving as a character, but just fighting bigger bosses, and getting bigger prizes.

So, I wanted to try and figure out exactly what things I’ve learned as a so-called adult that have made the whole journey more sensible.

1. Adulthood is about give and take—and you get what you give.

As a kid, I could do pretty much whatever I wanted. I was like a bumper car, and no matter what I did, I’d always find an adult knocking me back into the middle of the rink. If I saw something I wanted and took it, consequences came barreling in to set me on track.

It is easy to become bitter in this give/take economy because it can feel like you give and give and receive nothing in return. This makes people think:

It’s time for me to take.

But this perpetuates the cycle. Giving is not the problem. It is about who you choose to give to. When you give love, you’ll get love. When you’re kind, people will be kind.

When you give up, people will give up on you.

2. Networking is the world’s strongest currency.

I was much better at networking as a child. If my family took a three-hour flight, by the time we landed, I made friends with everyone on the plane. People would be waving goodbye to my family, calling them by name, confusing the heck out of my parents.

As an adult, this skill has gotten further and further away from me. When I look around at any industry, even an industry as solitary as writing, it is more clear every day that the way people find success is through networking.

If you meet people. If you help others. If you put yourself out there, you will find far more success as an adult than if you’re simply shutting yourself indoors, trying to get better than everyone else.

3. Respect is far more important than anything else.

I never went in for the phrase, “Respect your elders.” Even as a kid, I would think, Well, why should I respect these people who treat me so poorly?

This goes double for adulthood. You don’t have to like everyone. You don’t have to bake them cookies on their birthday, but having respect for people as people will make every relationship stronger. We live in a world where everyone is trying to get ahead. People often make the mistake of disrespecting people who they see as “lesser.”

Nobody is inherently lesser. Everyone deserves respect until they prove through their character that they don’t. And how do people show that they don’t deserve your respect?

4. Being kind to people will get you much more than being “better” than them.

I grew up in a culture where the idea of being the hottest, smartest, strongest, coolest son of a gun was in the undertones of nearly every piece of entertainment.

This culture is called America.

This idea of being “better” has been making a comeback since half a million jokes have been made about “millennial participation trophies.” But these are not two sides of the same coin. People who are better at something can do very well in this world, but if they are rude and disrespectful, it will never contribute to their being a healthy adult.

Those people will still be children: whiny, petulant, disrespected, and alone. That person will live a life of being put up with, and they will be remembered with bitterness rather than admiration.

5. People in power are rarely the types of people who deserve to be in power.

My mother had a phrase she used to tell us growing up. When adults would be rude, controlling, or unreasonable in relinquishing their position on something where they were clearly in the wrong, she’d say, “Small people with small amounts of power.”

There are many articles, books, and debates around people in power, but these are not often the ones who impact our lives. The power that impacts most people is power from small people with small amounts of it: administrators, bosses, local council members.

This realization has always helped me throughout adulthood because it has helped me to understand frustrating people in these positions. Rather than being upset over those with power who want to use it to control others, I seek out those who are there to help. There are both kinds, and it is important to work with the kind ones and avoid the bullies rather than always try to fight the bullies. You will never win.

They are small people with small amounts of power. And that is the most dangerous form of power.

These are just a few of the revelations I’ve had about adulthood that have helped me to stay prepared, aware, and happy. A lot of these are centered around the “self” and about how to treat others from your perspective. This is because even though the world is full of bullies and roadblocks, the most important lesson is that the only person you can control is yourself.

Being kind, respectful, and giving will always get you further in the long run than being a talented, bullying taker.