6 Lies Men tell that are Ruining Sex for Everybody. {Adult} 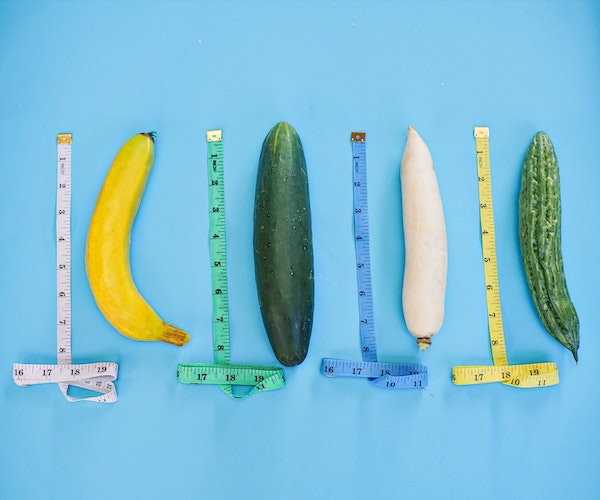 Then we all learned exactly how porn-vampires turn one another: the woman in the movie bit the man’s penis clean off. He screamed. We all came, and that was my introduction to sex-ed.

The sex-ed classes in my school weren’t much more helpful. I remember charts—and I remember I could smell all of the girls sitting in the row in front of me.

All of this meant I grew into a teenager with some seriously flawed misconceptions about sex.

These lies came mostly from other boys, but also from suspiciously single older men who clearly took pride in “educating” us.

It wasn’t until I found myself tied to a bed with a ball gag in my mouth as a woman beat me with a studded belt that I thought, “Maybe she doesn’t want me to be in control.”

The first flaw in the “control” lie is the idea that sex is about control. It isn’t. It is about connection. That can involve control. Control can be passed back and forth. It is a tool of sex—not an established role.

By pushing for control, men are robbing themselves, and their partner of pleasure.

2. Never let someone know how inexperienced you are.

Going into sex as a young man, without admitting I was inexperienced, was like walking into class and saying, “Nah, Teach—I got this molecular biology stuff down already. You just sit back and listen…”

This lie is how men get to the point in life where they’re telling sex stories to teenagers in the hopes of impressing them. This lie needs to be torn down with extreme prejudice as soon as possible.

It severely damaged my ability to grow sexually until I finally met someone confident enough to tell me, “Oh—no, you clearly know nothing about molecular biology. Time to study, stud.”

3. Do the alphabet during oral sex.

Some older man told a group of us at a party one time:

“You gotta do the ABCs—that’s how you really get her off.”

Later in life, I looked back and wondered how many women from my past had been thinking, “For fuck’s sake! I was almost there, did he just change it again? Did he lose something in there?…No wait—is he writing me a letter?”

Yet still, there are so many man-advice articles about how to dress, how to talk, how to smell. How to “woo.” It isn’t about “woo-ing” someone. It is about breaking out of these preconceived notions of what a sexual man is and just expressing yourself honestly. If a man does this, he will find partners who feel a compatible openness toward him.

5. If a woman isn’t screaming with pleasure, you’re doing it wrong.

Whether they yell it or whisper it, the right person will tell you if you’re doing something wrong.

6. The goal is penetrative sex.

This one is utter bullshit. The goal is pleasure and connection. Saying that real sex is only penetrative sex would be akin to telling someone their iPhone on the charging pad isn’t really charging because it’s not plugged in.

By believing this, it stops men from exploring and learning how to give pleasure in other ways. It isn’t about the size of the boat or the motion of the ocean. Get your head out of the sand.

When men believe these lies, they are closing themselves off to so many aspects of sex. They are lies that are passed down by men who never overcame these same lies when they were young and so, being unfulfilled, they take pleasure in “educating” young men. It is a never-ending cycle that impacts men, not just in the bedroom. Feeling inadequate in sex bleeds into a man’s confidence.

By not educating young men and stamping out these lies early on, we are doing a disservice to not only them but also to their partners.

The 3 Essential Tricks for Mind-Blowing Sex. {Adult} Lies I Believed about Sex as a Young Woman. How to Know if You’re Bad at Sex. {Adult}
See relevant Elephant Video