The Things we Don’t Talk about with Depression. 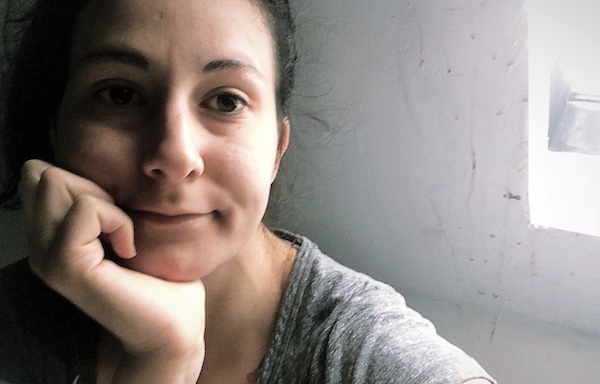 I look out my bedroom window and think about all the things I want to say but can’t.

I think about the countless times I’ve said, I woke up with a headache, instead of, I woke up depressed, unable to get out of bed this morning.

I think about the times that I’ve felt shame and embarrassment around my own mental health struggles, unable to talk to the people around me for fear of pushing them away, for fear they won’t understand.

We’re sitting together in a cabin just outside the city. It’s 4 p.m. and we’re playing that 36 questions game. At first, as a joke. Then, we start to realize we’re actually kind of getting to know each other better. There’s a question about the most frightening thing you’ve experienced or something, and I tell a story from childhood about a stupid fight with my family.

What I don’t say is: that time I didn’t want to be here anymore.

There are so many things we could and should talk about. But there are so many things that we can’t. And I imagine what it would be like—to be able to say all of this. To him, there, on the couch. But also to you, reader. To my family. And, most importantly, to those who are also struggling with the same thing, right now.

I look out my window again, and I see two people walking down the street. It’s spring, early morning. They’re holding two to-go mugs of coffee.

It’s chilly outside, but their drinks are warm.

“So. How’s your depression?” she asks.

“Been better. I struggled to get out of bed again today.”

“Kept setting my alarm every half hour, telling myself I’d get up. 8 a.m., okay you can do this. 8:30, your desk is right there. Just put one foot out of the covers. 9, scroll through Instagram. 9:30, feel like shit, and go back under the covers. 10, get the fuck out of bed you piece of shit.”

“You probably shouldn’t talk to yourself that way.”

“Did you finally get up?”

“This week was tough. Everyone kept trying to make phone call plans, and I just kept saying I was busy. I didn’t have the energy. I think everyone thinks I hate them.”

“They probably don’t. Did you have a good excuse at least?”

“Just work and said I had other calls and then ghosted. I just can’t fake chipper right now, you know?”

“Yeah, I know. Sometimes, it helps once you’re on the call. But then, you can’t even really talk about it anyway.”

“Maybe you’re not that person, and it’s okay?”

“But people want to be around that person. They don’t want dark and dreary.”

“Yeah, but look at the conversation we’re having now.”

They both take sips of their coffees and laugh.

“Have you talked to your therapist this week?”

“A lot, yeah. But I still feel like we always get to the root of something right when we’re about to end. Spend the whole session talking around the thing until we get to the thing. And then you don’t actually get to talk about the thing.”

“What was it about?”

“I was telling her about my drinking again.”

“I thought you’d said that had gotten better?”

“It had and then I fucked it. I thought James was cheating on me, and I got wasted and blew up at his party.”

“He understood. Kind of. But he just said this kind of behaviour has to stop.”

“What did your therapist say?”

“That obviously alcohol is a coping mechanism. A way to communicate when I don’t know how.”

“Seems to work though doesn’t it.”

“I mean, you got James to listen to you.”

“That’s probably why I keep doing it.”

They both walk in silence for a moment, lost in thought. The sun has peaked out from behind the clouds and it’s getting warmer now. There are more people around them on the streets, getting groceries, or going for jogs before work.

“I don’t know. That’s what you’re supposed to say, isn’t it? That there’s a light at the end of the tunnel? That it goes up from here?”

They’ve finished their coffees and start back home. The city has become alive. A woman with her dog crosses in front of them. It wags its tail, tongue hanging out the side. The clouds overhead are now nearly gone, a few lingering off in the distance as if the sun has told them to move aside.

I blink and the people are gone. I’m still in my room, and I’ve finished my own coffee, typing this.

There’s part of me that doesn’t want to share it. It’s the thing I don’t want to talk about, but the thing I almost always feel better about every time that I do.

I think about that little girl, alone in her room all those years ago, feeling like there wasn’t a soul in the world who could understand her. And I don’t want anyone to feel like that again. Because I know it gets better.

Because I am living, breathing proof that it does, or else I wouldn’t be here, writing and sharing this. 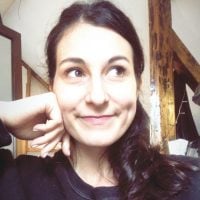 Suicide doesn’t Discriminate: 6 Warning Signs that could Save someone you Love. When Depression Hides in Plain Sight. Depression is Not Sadness.
See relevant Elephant Video