I’m Mixed Race but Pass for White—How can I Make a Difference?

What can I possibly say that will make a difference?

I am not the only one asking this right now. In fact, I suspect I’m in the majority.

There are all kinds of reasons to think this—that I can’t make a difference:

>> I’m mixed race but pass for white. Who’s going to listen to me?
>> I’m a woman. I’m of that “Karen” age, as my kids like to call it.
>> I have never been wrongfully arrested or beaten by the police.
>> I do not have a platform of millions of followers.
>> I am not well-connected to social and political influencers.
>> I am not wealthy and do not have thousands or millions to fund a cause.
>> I am educated and financially stable, therefore I don’t have a “real” complaint.

These are some of the things I am afraid of being judged for. You might be thinking about this, too.

It’s not that you’re not passionate about standing for anti-racism. It’s that you’re paralyzed by the idea that you will be judged.

You’re afraid that due to the color of your skin or your economic status, your position in the ever-present battle against racism is invalid.

So, then I start my list of reasons against my fears:

>> I have been targeted for my mixed race. I have been called “gook,” “chink,” and other epithets, had things thrown at me, had people pick fights with me, all based on my ethnicity.

>> I am more Pollyanna than Karen; probably annoyingly so. Even my kids admit this.

>> I have been detained and shaken down by police (literally, took all my money). I have been strip searched and had my personal belonging confiscated.

>> My small platform is an active one. And even if it included only my family and friends, is that not enough?

>> I can do things other than giving away money. I can participate.

>> There is no single barrier—social, economic, or otherwise—that exploitation does not touch.

Am I now more justified in wanting to say something? In feeling that maybe someone, somewhere, will accept what I am able to give?

Perhaps. And perhaps those are just excuses to help ease my fears. It doesn’t matter.

I started my company, Dirty Girls Consulting, seven years ago to help women overcome barriers they face in the workplace. Gender, communication, and office politics all play a role. But race? Honestly, I’ve coached women of all races and ethnicities. But race was never a major theme in our conversations.

And now I wonder why.

In the past seven years, Dirty Girls has evolved, and our coaching platform has broadened. What became clear is that even those who came to us with a specific job-related goal—earning a promotion, managing a new team, working with a difficult and often chauvinistic boss or peer—ended up working on broader issues such as communication, empathy, and other gremlins in order to achieve those professional goals. Our work impacted their personal relationships as well.

The lines between our personal and professional persons are not clear, because we are the common denominator. We are that same person at work as we are at home. How we show up anywhere is how we show up everywhere.

So, I spent a lot of time doing research on gender, how we’re wired, how we communicate, how we can improve our relationships. I read everything I could about vulnerability, leadership, and tolerance. I started coaching men, as well (honorary Dirty Girls?). All of this has fed into the growth of the company.

Why has race not come up?

I have written about being a Third Culture Kid (TCK), in which race plays a role. But the focus has been mostly on culture, not skin tone. There is a separateness in being a TCK that parallels being of a noticeably different race. There is a sense of not fitting in, of not being accepted, of being separate on sight, before you even open your mouth. There is discomfort in being judged for your differences, even when you realize yourself that those “differences” are superficial and irrelevant.

All of this has been wending through my thoughts, as I considered, “What can I possibly say that will make a difference?”

Well, here’s where I landed:

And it doesn’t matter.

If this time in our personal history calls for anything, it’s for acting in our own integrity.

It’s for behaving as we say we want to, as we claim to hold our values. This means it doesn’t matter how much impact we have or who’s paying attention.

We have to do this for ourselves, if we’re ever going to do something for our community.

Only you know what that is for you.

Here’s what it is for me and my company:

I believe that the most lasting way to effect change, and to put an end to racism, is to start with the self.

I believe that doing the work of understanding our biases, our prejudices, our fears (some of which we inherited and simply accepted, some of which were taught to us) and making a conscious claim to the ones we want to keep, is how we lay a foundation for a community free of racism.

We have to own our fears. And then we have to work through them.

I subscribe to Brené Brown’s position that shame does not survive the light. Nor does fear. The two are linked. So, let’s shine a light on both.

If you read my blogs, or you’re a member of my Facebook page or private Facebook group, then you’re familiar with the themes I tackle: working with gremlins, relationship communications, navigating transitions and mid-life crises, and knowing your values. Those are still core when raising our personal awareness and bringing us closer to a self—and a community—that doesn’t need to judge others for their skin tone, their ethnicity, their language, or their culture.

We have to unabashedly explore race and culture.

Certainly, I’ve shied away from this for all the reasons I previously stated. And being mixed race and a third culture kid, I felt my perspective was too specific, too unique, for a broader audience to understand.

Not anymore. Actually, it never did. I just didn’t realize it.

I was denying my own voice, and that of the many TCKs who are actually part of my community.

There’s enough of us out there that it’s a voice and a perspective that matters. And perhaps given our different perspectives on race and culture, we can help shine a light in corners that might otherwise be ignored or missed.

We all have a different way of responding to big, hairy messes. Racism, and where we are in our communities right now with it, is most definitely a big hairy mess. There are no easy solutions just as there is no single “right” way to go about cleaning it up.

You pick what’s right for you. What’s in alignment with who you want to be, what you believe your values to be. By living that, you are already modeling for those around you the life and community you want to be part of.

For me, Dirty Girls was always a platform for talking about sticky, uncomfortable issues of professional and personal growth. And now, we consciously add race and culture to it.

As always, I invite you to participate in the conversations. Leave your comments and thoughts here, and let’s figure this out. 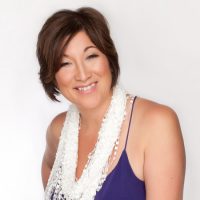 Natalie Hahn is a principal at Dirty Girls Consulting, focused on helping men and women tackle the challenges of communication and life transitions. We explore breaking fre… Read full bio

Brené Brown defines “White Privilege” for us—& it’s the Best Explanation I’ve Heard. I am Black. This is what I Need (& what I Don’t) from White Allies. Wake the F*ck Up, Karen—Breaking the Silence on White Privilege.
See relevant Elephant Video