Wake the F*ck Up, Karen—Breaking the Silence on White Privilege. 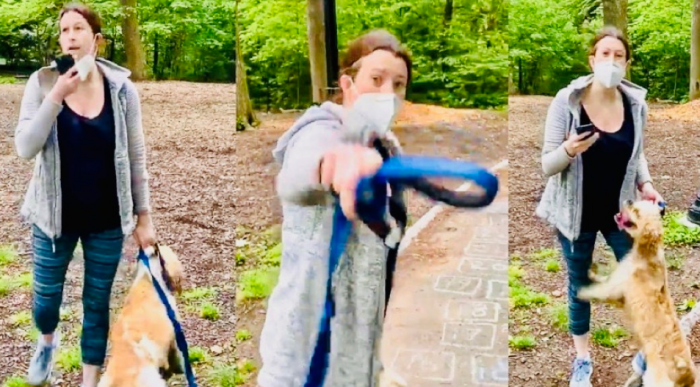 A worthwhile read: Minneapolis Mirror: Being the Change we wish to See.

I looked right at my friend because I couldn’t believe what we’d heard—someone in our crowd had told an incredibly racist and insensitive joke aimed at African Americans.

We patted ourselves on our white backs for doing our part and standing up against racism. But my eyes weren’t opened until a friend—a person of color (POC)—pointed out that I might know what racism was, but I didn’t have a f*cking clue about privilege.

What do you mean I’m privileged—you don’t know what I’ve been through and the challenges I’ve had to overcome. Don’t tell me I don’t know about privilege.

But the truth is, I didn’t.

Because I spent that night in the company of people of my race and didn’t give it a second thought.

Because after we called out the racist joke, I walked to my car through a dark parking lot without anyone being afraid of me.

Because I drove home knowing that if I was pulled over, it wouldn’t be because of my race.

I didn’t know a damned thing about privilege.

Like you, I was horrified at the murder of George Floyd by police officers in Minneapolis. I was outraged and heartbroken as I sat in the safety of my home, on a nice street, in a comfortable neighborhood with its friendly neighbors, and thought about the choices I have:

Do I put myself through the trauma of watching the video?
How do I make sense of why this is still happening?
What do I tell my children about this?
How do I transform my discomfort with race issues into something more palatable?
After all, we’re not black or white, we’re humans—all lives matter.

It’s why we want to make this about our shared humanity and brotherhood instead of the majority group of Whites murdering POC because they can—it’s too uncomfortable to admit that we benefit from this system of privilege, even as we watch a Black man die at the hands of racists.

“I was taught to see racism only in individual acts of meanness, not in invisible systems conferring dominance on my group.” ~ Peggy McIntosh, White Privilege: Unpacking the Invisible Knapsack

Acknowledging white privilege means acknowledging the advantages, opportunities, and power afforded to us by virtue of being born White. The silence we practice around these advantages serves to protect our privilege from being fully acknowledged and prevents it from ending.

The white picket fence we build between racism and privilege keeps us on the right side of comfort and the wrong side of accountability.

“Being white means never having to think about it.” ~ James Baldwin

Recognizing our white privilege isn’t about feeling shame and guilt—it’s not that we haven’t worked hard for what we have. It’s about owning the fact that certain doors are open and opportunities available, not because we’ve earned them, but because we’re born White. And acknowledging the uncomfortable truth that others have to work much harder to experience the benefits that we take for granted.

We don’t have to apologize for being born White—but we can’t make strides against racial privilege until we acknowledge that it exists, and own our part in the system that gives us those advantages at the expense of others.

George Floyd said the words, and I had to remind myself to take a breath. I watched his murder and heard the crowd begging for his life. I was not unaffected.

In fact, I spent that day with a litany of names running through my head. Names like Ahmaud Arbery, Breonna Taylor, Philando Castile, and Sandra Bland. I added Christian Cooper to the list, even though he lived to tell his story of weaponized Whiteness. There are too many names, and I don’t know them all. I wonder now how many I’ve heard and forgotten — because I could.

I feel the collective grief, but it does not belong to me. It belongs to George Floyd and all the other victims. It belongs to people of color who cannot conveniently look away and resume their normal lives.

If we can’t admit that white privilege exists and we benefit from it, we cannot be effective in creating change or championing equality.

There’s a simple test to determine if you possess white privilege. First, check to see if you are White. If you are, you have it. It’s that simple.

If you still have doubts, this is a helpful list for understanding what makes up white privilege:

*Reading this article on our iOS app? Copy the link above and open it in your browser to download the checklist.

But, recognizing that we have privilege isn’t where social justice ends.

Here are a few things we can do to address white privilege:

>>Avoid getting defensive when privilege is called out. Instead, use it as an opportunity to learn and do better.

>>Advocate for more equal representation. Understand the importance of representation in media, history, politics, and leadership.

>>Avoid disengagement. Being able to distance ourselves from the discomfort is a key sign of privilege. Becoming involved in advocacy and social justice is essential to unpacking our own privilege by using it to help others, even when we’d prefer to turn away.

>>Address personal privilege. When we see a POC being treated differently, we can use our privilege to speak out and call attention to it. Instead of simply taking the advantage, we can do our part to level the playing field.

>>Address the language we use and hear. Call attention to stereotyping, racist comments, and even common words we use, that carry a history of oppression.

>>Support minority-owned businesses in our community.

>>Educate ourselves, our families, and other white people rather than expecting people of color to freely donate their time, expertise, and emotional labor to us—or we can support their work by taking their classes, buying their books, or paying for their consultation on the issues. Refer to resources at the end of the article for more ways to learn and act.

>>Listen to the experiences of POC for understanding.

>>Amplify their voices rather than speaking for their experiences.

>>Vote for minority leaders and representatives who will champion diversity, inclusion, and social justice.

>>Understand what racism looks like—in overt and covert ways—so that we can understand how we may be unconsciously perpetuating it.

It would be easier to walk away, to let George Floyd’s name fade until we no longer remember it and no longer feel the hurt that comes with it. It would require less effort and less pain. But then I ask myself, “Easier for who exactly?”

Welcome to white privilege. We get the choice. They don’t.

It’s time that we do better.

There are numerous ways to stay informed and take solidarity action that can help move the needle. Here are some anti-racist teachers, leaders, organizations, and resources you can learn from and support:

2. Guidelines for what people of color want from white allies.

3. Between the World and Me by Ta-Nehisi Coates

4. Talking to Strangers by Malcom Gladwell

~
For more from David and Crystal: 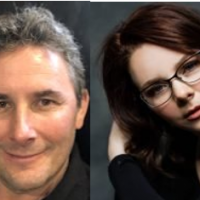 America, We are Broken. Oh, my, god. Not the moment America needs right now. Minneapolis Mirror: Being the Change we wish to See. 57 Quotes by Dr. Martin Luther King Jr. that Changed the World & Will Change Our Lives. An Open Apology to All African Americans.
See relevant Elephant Video