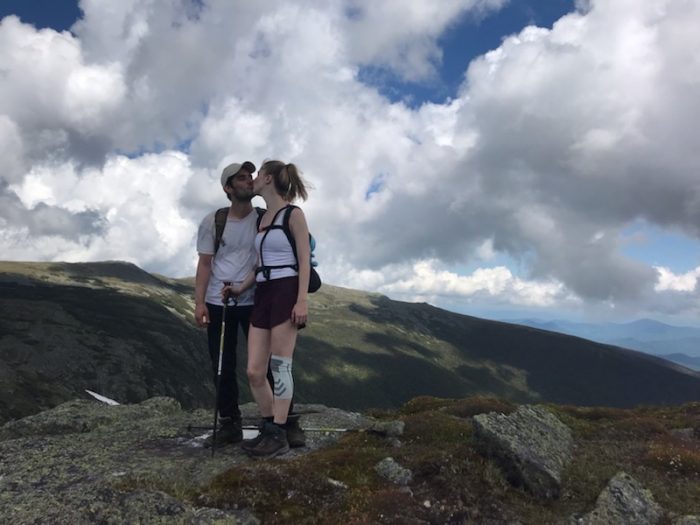 I once asked my dad how he knew he was in love with my mom, and he said, it was because, at one point, he felt that he couldn’t live without her.

After being in a relationship with someone who passed away, who I truly loved, it became hard to figure out how to do this all over again.

I did live without him.

How could I possibly love someone again if the prerequisite was that I felt that I couldn’t live without him when inevitably I would have to?

We were in our 20s when he was stricken with cancer. While everyone around us was taking a cab to the next party, we were taking an ambulance to the hospital.

Some might have thought that it would be easier for me to find someone new since I was so young, but it in fact felt miserable since no one in my age group could quite relate. Then, I finally did meet someone, who, though he had never experienced anything like what I had, was patient with my process.

I never felt that I was codependent before, but more than ever I slowly began tearing away from any remnants of that. I began to recognize feelings of abandonment that became present after the loss, along with the ever-present sense of my own mortality. I felt that I had to go on my own path, as that would be the only one I would ever be left with.

This new relationship had started off secure and independent, and just over two years later, it remains quite the same. We live with each other, but separately. It’s different from anything I’ve ever experienced. There’s no neediness, in fact, sometimes I feel like I don’t give enough. I wonder if it’s because somewhere in my subconscious, I have the feeling of one day being left alone, yet again.

I still have a lot of work to do. Living in the present has been harder for me with the knowledge of our fate always hanging in the air.

I don’t regret delving into a new relationship. It’s been both hard and rewarding. There’s a new spectacle of life and a sense of cognizance.

I feel that first and foremost, the best way to start anew after a trajectory of pain like this is to look into our own hearts. I often looked for answers in others around me, and to my disappointment, their advice was often polluted with what they thought would work for me, but they had no answers themselves.

Some people thought that it was too soon for me, after having spent too much time in bizarre dating situations since his passing, ones that wouldn’t stand long-term, but were a way of distracting myself from what was real. Others were relieved.

Then there were those who were more lacerating in their response to my coping, saying I was playing a victim, using it as an excuse, or that he was “just a boyfriend.” As if he was easily replaceable since he wasn’t my husband. These are the people you need to watch out for, as it’s almost like your pain is in the way of them living their normal lives.

I never considered myself a victim, as death is inevitably part of life. Grief had taken over me, as it was impossible to imagine this outcome no matter how many years of my partner’s illness went by. In some odd way, this obstacle in my life might make me seem somewhat unsympathetic to other people’s array of losses, as I’m still coping with mine every day.

People usually say that when it feels right, it’s time to take the next steps into a new relationship. I wouldn’t rely on that sentiment, because when you are so bereft, even the worst things for you may seem suitable at the time.

There is hope for a new future, nevertheless. It won’t always feel right. It will be different. It will be a crusade and it won’t be easy, but it will be worth it.

Love has formed a whole new meaning for me, and it feels more substantial this time around. Knowing that I may have to live without someone gives a stronger acumen to my love for him.

It is possible that after allowing weeds to grow on the inside of one’s chest for so long, that a subtle and alluring flower will bloom. It is a sign of a life that isn’t guaranteed forever, but will make ours better as we continue forward on our journey, celestially together even after we are physically divided.

“In the midst of life we are in death, Episcopalians say at the graveside.” ~ Joan Didion

16 Quotes to Wrap Around your Heart when you’re Grieving.  This is the Best Response I’ve ever Heard about How to Process Grief. 3 Reasons Why We Need to Stop Saying, “I’m Sorry For Your Loss.” What I Wish I could tell a New Widow in her Grief. 5 Things we need to Stop Saying in times of Grief.
See relevant Elephant Video