Practicing Non-Attachment following the Death of a Loved One. 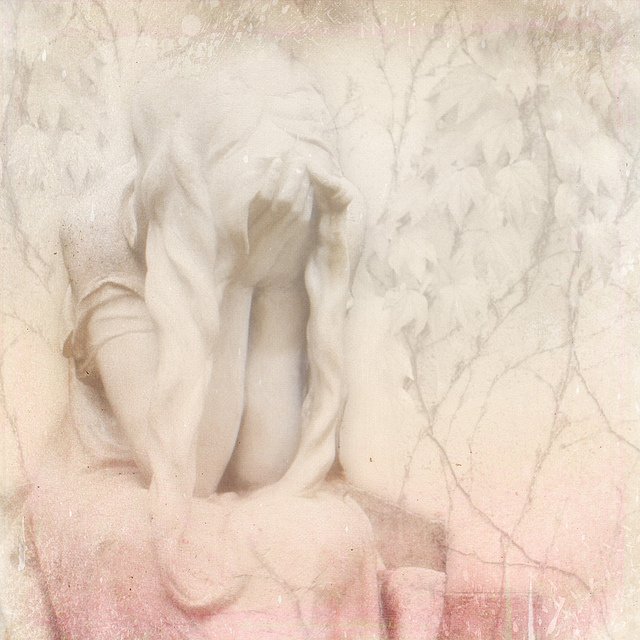 I’d been in Los Angeles in my brother’s house for a week now. But we didn’t talk about it.

Finally, I asked him about Stéph’s ashes.

He told me they’d arrived five weeks ago in a yellow packet, which he’d kept in an empty vase next to his record player.

We continued our Sunday brunch on his balcony, looking at the airplanes taking off a few hundred feet away.

My brother and his wife left for work early, like most Mondays. I closed the balcony door to shut out the airplane noise, getting ready for my weekly writing meeting at the Elephant Academy. As I turned, without a thought, I looked in the direction of the vase.

I wanted to walk away.

Just a few months before, at one of his favorite cliffs in Switzerland, Stéph had asked me, “Where you want get married Sukrit?” I don’t know what amused me more, his way of proposing, his broken English, or his flushed face and shy voice. I told him we’d decide once we came back from our road trip in the United States. Navigating the administrative roadblocks when you belong to two different continents is not exactly fun.

Sequoia, Yosemite, Zion, Moab, Flagstaff, and Joshua Tree—in a seven-week road trip, we had climbed some of the best spots in the United States. Spending the last day relaxed in my brother’s L.A. apartment, we decided to see each other in Thailand in a couple of weeks, just enough time for him to go back to Switzerland for his six-month post-treatment checkup to confirm that he was cancer free.

I saw him at the promised time, not on a sunny beach, but in a hospital room on a gloomy fall day in Switzerland. His cancer had come back, aggressive and metastasised. Five weeks later, he was dead.

I picked up the packet and felt it in my hands. It wasn’t smooth. It was grainy. It was the first time I had held ashes like this. I looked at it, turning the packet around in my hand for a minute or so, and then I hugged it. Clutching it close to my chest, I started sobbing, and then the sobs turned to wails and then bloodcurdling cries. I’d cried a lot, these last six months, but never screamed like this, not even the day Stéph died. I fell to the ground and continued bawling, rolling from one side to the other. All this while squeezing the yellow packet tighter in my arms.

I stayed on the floor for several minutes, the howls only getting louder and more mournful. My mind was telling me that they were just ashes, burnt remnants of his dead body. They were not Stéph. Yet, I hugged the packet so hard and close to my chest; it was as if I’d found Stéph after all these months.

In Indian philosophy, the person is the soul and the body just a carrier of the soul. When a person dies, we stop referring to the dead person by his/her name. It’s just the “body.” After the person has left his body, it is only a discarded piece of clothing which is of no use to the soul anymore. So, we burn it. We burn it so that the soul’s attachment toward it is terminated. We all have attachments, especially to our bodies.

The ashes are taken from the cremation ground directly to be dispersed in the Ganges or other holy rivers. We always put the ashes in flowing water which is going to merge into a sea because water is all-assimilating and helps to break the remaining attachment of the soul to its earthly body, even if they are just ashes. They say it also avoids the soul getting stuck in the Earth region, helping it move onward in its journey.

In Hinduism, traditionally, it’s only the men who do the last rites. So, I’ve never really seen or held ashes. Also, the ashes are never brought into the home. They are either taken directly to be dispersed or kept outside the house until the family can go. Again, this is because keeping the ashes at home increases the attachment of the departed soul to its own physical remains, to the loved ones, and the home itself.

There is absolutely no concept of retaining some ashes.

The soul shouldn’t have any connection to its past life—to be pulled back from its onward journey, depending on its karma, either into another life form or toward moksha, becoming one with the universe.

My parents are not religious, but I’d grown up observing these traditions around me. Yet, I’d never consciously thought about them. Now, suddenly, they seem to make sense.

But as I clung on to the yellow packet, it didn’t feel like just ashes. It felt like Stéph. I hadn’t touched him for several months, and now I embraced the ashes as if it was him.

Even in that hysterical state, my mind repeatedly kept telling me that this is not Stéph, but for me, at that moment, it was Stéph. In a way, it was, and I wasn’t letting him go once again. A body I touched with tenderness and love after an exhausting day at the cliff now felt like crushed gravel in a little packet.

The wails only got louder. I managed to get off the floor and sat down on my desk, still clutching the packet. My meeting was to start in a bit, and I checked my computer. I glanced at the clock; still 20 minutes to go.

I gasped for air. The wailing had momentarily stopped, but so had my breathing. I let out a gasp and with it the shrieks too.

The tears hadn’t stopped all this time. I got up, almost like a zombie and walked around the house, Stéph’s ashes still clasped to my chest, walking through the room where we spent the last happy night together, talking about the sun, beaches, and cliffs in Thailand. Into the kitchen, where I cooked him his favorite Indian meal, one last time. The chair where he’d sit with his cup of tea, legs stretched out looking at the planes taking off. On the yoga mat where he did his last pranayama.

I walked in circles around the small apartment, feeling like a deranged woman, as if this would somehow bring him back.

The howling had slowed into sobs, but I couldn’t breathe. Every few moments, I’d take a big gulp of air filling the room with the sound of wretchedness.

I looked up in the mirror that covered the wall next to me. I realized I hadn’t loosened my grip on the yellow packet. My face was covered with tears, my eyes blank. Where was this ocean of emotions coming from?

Throughout the meeting, I had the packet in one hand, typing with the other. The meeting was good. We had to write a timed piece toward the end of the meeting on the prompt provided. I was happy with what I wrote. After the meeting, I realized the ashes were no longer clutched to my chest but on the chair next to mine.

Death is the ultimate lesson in nonattachment. The Vedic teachings focus on nonattachment of the soul from the worldly attachments, including its mortal remains, family, and material possessions. All for the greater goal of the soul achieving its destined path.

But each of these rituals and traditions also help in unhooking the ties between the living and the deceased. And that is important. For the journey is still not over for the living, there is much to be experienced, and the only true way to live is to be present. To be sincere to those who are still with us, to be mindful of our actions, and to remember that our journey is more than us.

Nonattachment is not easy, not in life, and worse in death. I am a work in progress. As I learn to be more present in what I’m doing, and who I’m with, I have gratitude for the moments spent with Stéphane, rather than lamenting for those that were never meant to be.
~

Sukriti Chopra is currently nomadic, searching for a cottage in the forest to call home-base. Till then it is wanderlust that keeps her alive. She cooks for strangers, climbs … Read full bio