Here’s how I feel as that “One Black Friend.” 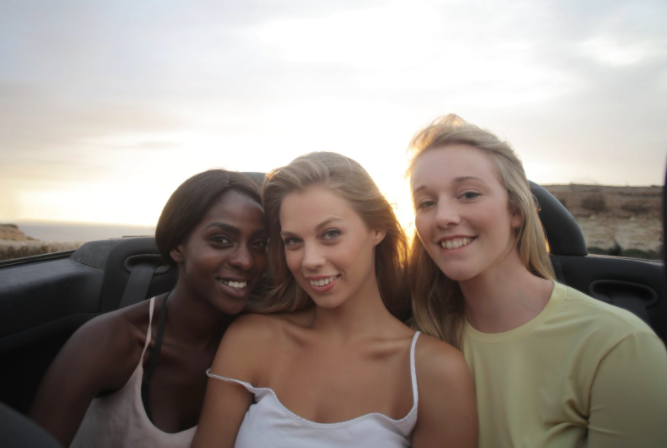 When you go to your girls on Friday night and ask them about your outfit, you want a certain outcome. You want to hear them tell you you’re beautiful and to look out for you. You need them to say, wear the red one, it’s way more flattering.

When you go to your friends, you are often looking for validation, maybe help, but never looking for the voice of reason that calls you out for the insecure person you may be.

So White friends, who I love so much, what are you looking for when you ask my opinion on racism?

I have vowed out of love to call you out when you say or do racist things. Something I’ve only just committed to in the last couple of years.

Each time I do I’ve only ever been met with defensiveness and reminded how hurtful it is to be called a racist. I want to say, well, don’t ask me because I will tell you the truth. But instead, I grow silent again—what does it matter if I say anything they won’t understand me anyway?

The Voice of a Culture

I can easily tell the when I’m the only “Black friend” someone has by the way they take my willingness to discuss certain matters. One understands my exhaustion of being the only voice to speak on such matters and will gladly discuss the matter with another Black person. The other has no other source, so they are not willing to give up the conversation so easily. After all, that means losing their one chance at validation.

My friends, I want you to understand that though I may be your only Black source on the matter, I have 20 other friends who find me as their Black source. Sometimes I don’t want to speak on behalf of all Black people that day.

Though hard conversations need to be had, we also need to be respectful of the person who has just undergone the trauma of witnessing the death of another human being. And not just any human being, but one who reminds them of their brother, father, or son.

We as Black people know the feeling of sitting in a classroom, workplace, or even a restaurant, and everyone looking over to you the only Black face for your opinion on the matter. When I am with my real friends they say, “If you don’t want to discuss it right now I understand.” And better still, when I am ready to discuss, they are there.

The idea of friends has become a loose term. Even in this article, I have used it loosely a couple of times. Some of your social media friends are not the same as the people you have been missing while social distancing.

So, we’ve all become pretty comfortable with “discussions” on social media. However, I would suggest that you get off Facebook and have a real conversation. The comment section is problematic in that it doesn’t warrant true discussion. As its name suggests, what it actually allows you to do is comment your feelings at other people.

While I’ve often ignored comments all together, I have begun to provide sources of education for those who may actually want to learn something about Black issues.

Watch a documentary (I recommend the “13th“), read a book (The Hate U Give, by Angie Thomas), learn about an activist, or writer (James Baldwin). Many writers are more eloquent in speech than I am who you can learn more from, but still, friends, I know you’d rather hear from me.

I understand the depth and importance of familiarity and writing things down is what I do best.

So here is my comment on the matter all wrapped up in a lengthy article.

…Too. I add this for those who, like my brother, feel that adding a word may help with the counterproductive “all lives matter” argument. But I, like others, feel it only corrects one issue. If you give them the cookie, then they will now certainly ask for milk—one problem with the movement always snowballs into more.

So here I engage in conversation on a topic that has become controversial. A topic in which demanding justice in fact makes you fear losing job opportunities and friends. You are accused of being an inciter of violence for applauding protests, while a president stands in front of the country and actually does it.

I have no need to hold my tongue anymore so here’s my opinion: protesting, rioting, and voting are not mutually exclusive.

You can protest on Monday and vote on Tuesday.

However, I would be remiss if I did not point out the fact that 1 in 13 Black people of voting age has had that right taken away through the profiteering of mass incarceration. I somehow have a responsibility to vote and a need to understand those who have completely lost faith in the system.

Vote, don’t vote, riot, protest peacefully—my opinion on the matter will not change the fact that it is time for systemic change.

Each of the arguments for or against anything is rarely black and white especially on issues of Black and White.

So what am I saying if anything at all?

Those smarter than I, more eloquent than I, have been saying that we will reach a boiling point that will lead to a rebirth of a nation. Agree or don’t agree, the fact remains that we are witnessing that rebirth right now.

I implore you, whether you have one Black friend, many Black friends, or if you are the Black friend, don’t turn away. Don’t give in to optimism and fall asleep at the wheel or give in to pessimism and never join the fight. Take part. This movement is the moment some have feared and others have been waiting for.

Taking part may mean different actions for different people. I am starting by not staying silent. You have to find out what that means for you.

In writing this, I realize there are too many issues to address in one article. I don’t want to discourage anyone from having conversations with friends.

However, if you are having trouble with that, try taking the time to question yourself about who you are. It requires no other person or tool.

It’s important for each of us to look into ourselves and realize every one of us must change the racist ideals that are embedded in our everyday lives by our society. Even I have found that I have bought into some of the many lies told about Black people in America.

If you thought that the protests would go on for a week and that would be the end, sorry to tell you this is just the beginning.

2020 may seem like it’s the hardest year we have collectively faced, but it’s just the beginning of a new era. In the end, we will have a new and real transformation from the fight for health and human rights in America. 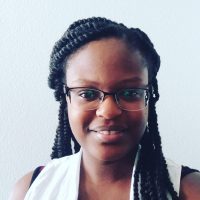 Lydia Knox is a blogger and freelance writer for hire. She uses her knowledge as a mother of two to help parents navigate raising children with severe eczema and food allergie… Read full bio

“Why do they have to be So Angry?” How Racism has been passed down in Today’s White America. Brené Brown defines “White Privilege” for us—& it’s the Best Explanation I’ve Heard. Wake the F*ck Up, Karen—Breaking the Silence on White Privilege.
See relevant Elephant Video