In Palestine, Existence is Resistance. 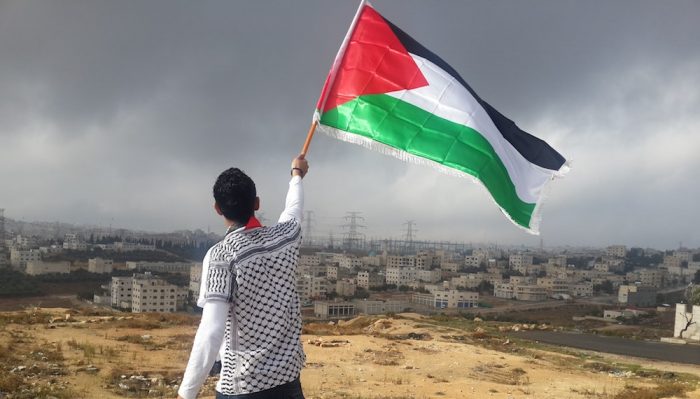 There is a wall in Palestine that cost three million dollars to build.

It surrounds the home of Omar Hajajla, who lives there with his wife and three children.

In August of 2019, I stood with a group of visitors under the hot Palestinian sun waiting for Mr. Hajajla to be let out from behind a set of metal bars. We were not sure if the Israeli military, watching from a mounted camera beside the door, would let him out.

Mr. Hajajla is a prisoner in his own home, but the only crime he has committed is that of existing on the land that his family has owned for centuries. As many Palestinians told me over the course of my visit, when it comes to the Israeli occupation of their land, Palestinian existence is resistance.

As we waited for the gate to open, I wondered if people back home in America would be shocked to see how their tax dollars were being used. At the time of this writing, thanks to COVID-19, our tax spending is coming into sharp focus. The president has signed a two trillion dollar-plus economic stimulus package, and there is talk of a need for more.

As we question our ability to pay for our own health care, education, and living expenses, it might be a good time to reassess the three billion dollars in direct foreign assistance that goes to Israel each year. This translates to American taxpayers giving Israel over 10.5 million dollars each day.

The pandemic has also made us keenly aware of just how it feels to have our movements restricted. No longer able to meet with our friends; socialize at neighborhood restaurants; or attend school, sports, and other events, we essentially feel like prisoners in our own homes. While we are social distancing for valid reasons, some Americans are expressing resentment, even anger, at the loss of civil liberties.

The day I visited Mr. Hajajla, I had just come from the village of Al Walaja, which sits a few kilometers from the Hajajla homestead. His property used to be connected to the village, but today there is a wall separating it, and he cannot go there without permission.

The village homes are falling apart, but the Israeli government does not allow residents to repair them. When the roofs crumble and leak, home owners must use temporary corrugated zinc to keep the rain out. Officials forbid the use of concrete, because concrete is too permanent. Like existence, permanence is also a threat.

As families grow, they cannot build to accommodate new members, even as they look out their windows and see Israeli settlers all around. There are 650 residents in this Palestinian village, surrounded by 120,000 settlers in colonies that are growing by the day. Israeli sand-washed high-rise homes and apartments are built purposefully on the highest points, to loom over the villages, showy with their ongoing construction and vibrant green spaces.

The village residents live in a tight circle that grows ever smaller. The children have no green spaces to play on, only dry, dusty pathways that connect the homes. They cannot modernize and build a new school, or even a new clinic. The Israeli government will not issue the permits—permits that villagers applied for over 10 years ago.

A mosque, which is over 500 years old, sits at the center of the community in disrepair, the tall minaret threatening to tumble over. “The Mosque will never be rebuilt; it will be 100 years before it is approved,” the president of the village council tells us. In 2005, fruit orchards were cut down and homes were demolished due to the absence of building permits to make space for the construction of a concrete wall. As the living space contracts, the injustices seem to compound.

Following the establishment of Israel in 1948, almost 70 percent of Al Walaja’s land was lost and became part of the new state. In 1967, after the six-day war, when Israel captured the West Bank, it occupied what had remained of Al Walaja. When Israel later annexed East Jerusalem, it cut the village in two as Israeli settlers built settlements on each side. These settlements are considered illegal under international law.

As our group walked around the village, the children came out to greet us with smiles and high fives. They watched as our hot, sunbaked faces peered into alleys and down dead-end streets that stopped abruptly at the highway that cut across one side of the village, a highway that they are not allowed to walk on, but we were.

Soon, a member of our party had crossed the street to the vibrant, green side of the road, which stood in stark contrast to the sandy, barren soil of the village property. I soon understood why: water costs five shekels per liter for the people of the village, but that same water is free for Israelis. In order to water their gardens and grass, the people of Al Walaja collect rainwater in barrels from their sagging roofs.

This used to be a thriving farming community, the village connected to the fertile land which surrounds it, the same land that Mr. Hajala refuses to leave. His house lies inside the area where the settlers live, and they are afraid of him because he is a Palestinian. They want him to move away and leave his home so they can tear it down and build new homes.

One gets the sinking feeling that it would all be so easy if the villagers, and Mr. Hajajla and his family, just went away, if they just agreed to disappear. But human matters are not so easy, and situations like this are not so cut-and-dried.

The fact of the matter is that these homes belong to families who want to continue to live on their ancestral lands. In an effort to secure “maximum land with minimum people,” the Israeli government uses American tax dollars to implement tactics designed to force Palestinians out, to make life so unbearable that they leave.

As Americans sit on lockdown in our own homes and contemplate what the future holds for our communities, our villages, our nation, and even the world, perhaps we can begin to hold space to understand the difficulties the Palestinians confront each day.

Perhaps we can spend some time envisioning a new role for our tax dollars, one that fights injustice instead of perpetuating it, one that does not envision a person’s mere existence as a roadblock to peace. 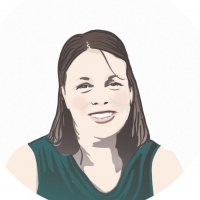 How I Became Pro-Palestine & Why It Matters. The Dogs who do not Bark in Palestine.
See relevant Elephant Video