Falling in Love with Frida Kahlo. 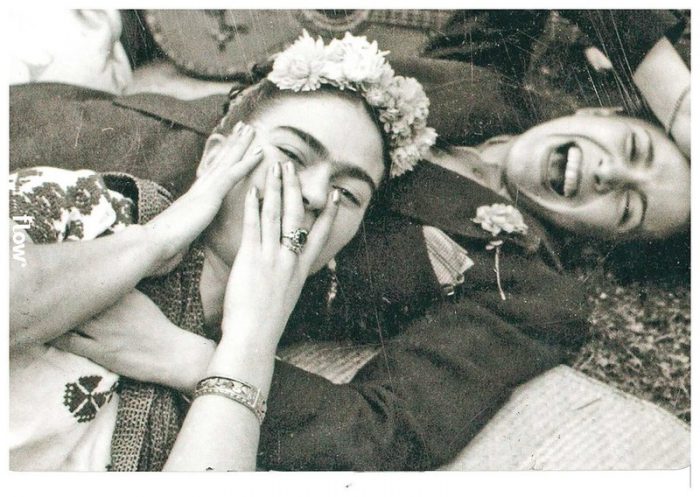 The year was 1982 and I was visiting Vilunya, who was interviewing me for Our Bodies, Ourselves, a health manual produced by The Boston Women’s Health Collective.

Vilunya’s house was like a museum, full of things mostly from South America. I learned that her professor husband was a Mexico specialist. She led me into a room that was her boutique. My eyes did not know where to look. There was stuff everywhere, tastefully arranged, and every item more beautiful than the last. My eyes stopped at a framed picture of a woman.

“Who is she?” I asked without taking my eyes off the framed photograph?

“She was a Mexican painter,” said Vilunya.

I bought the poster along with an Afghan dress. That was the beginning of my love affair with Frida.

There was no Google those days so I couldn’t find out much about her. I checked out some of the bookshops in Washington, D.C. where I lived, but didn’t find much. A few years later, in California, I found a poster at the San Francisco Museum of Modern Art. Both these prints are framed in my home. This was a little before Frida became a global phenomenon.

In the 1990s, I had more luck with Frida. I found a store in New York City that sold Mexican artifacts. Half the store was all Frida memorabilia. I was in Frida heaven. I bought several boxes, buttons, and a box of cards in a gorgeous box. I also found a book written by her niece, Guadalupe Rivera (Diego’s daughter), called Frida’s Fiestas.

Guadalupe Rivera, in her Epilogue to the book, writes, “Frida’s world was always a ritual. Because of the demands of her egocentric personality, she played both icon and devotee. Her clothes created the Frida Kahlo style, nobody had similar jewelry—what my father gave her was always unique. Only Frida and the women of Oaxaca wore their hair in that style.”

Last August, I was in Goa, India visiting my friend Ragini, and she had two books on Frida prominently displayed on her large multipurpose dining table that we gathered around. I started looking at them, and Ragini shared that she and her husband couldn’t get into the Kahlo exhibition in New York several months ago. So she came back and ordered these books on Frida. “It’s the second-best option,” we joked.

Over the next few days, I did a charcoal drawing of Frida’s huipils from one of these books and then another. I had bought several huipils in Mexico with my friend Lisa in 1981. I didn’t know about Frida at that time.

“I paint my own reality. The only thing I know is that I paint because I need to, and I paint whatever passes through my head without any other consideration.” ~ Frida Kahlo

I often ask myself what is it about Frida that is so compelling?

Of the many things about her, it’s her passion that I connect most with. She was talented no doubt but had a certain richness and creativity that was astonishing. Despite the numerous setbacks to her health, she lived life large. She loved fiercely. She wrote, painted, traveled, and was much loved and admired.

She cooked, loved plants and flowers, and had an earthy aura. She had her own style and had a deep connection to her roots. She was not a beauty in the conventional sense, but her features, her body, and the way she carried herself were amazing. She was irresistible. She had a certain magnetism.

Frida would have been 113 years on July 6 this year. When she died at the age of 47, she was in great pain. Her leg below the knee had been amputated and the many surgeries during her lifetime had left her uncomfortable and unhappy.

Her marriage to Diego was wonderous and difficult at the same time. He liked women and continued to see them, including Frida’s sister Cristina. They divorced for a while but then remarried. Diego died three years after Frida. In his words, “I had no idea I was going to miss her so much.”

Frida’s work and life are raw and real. She doesn’t hide her pain, emotional, or physical. She was a free spirit. She loved and lived boldly. I love having her books, art prints, and artifacts around me. She inspires me, lifts me up, and makes me want to live my life large and bold too.

Thank you, Frida, for being you. 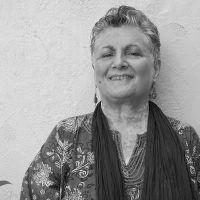 Anita Anand is a writer, painter, and multi-media specialist. She enjoys growing things, cooking, and just being. … Read full bio

10 Lessons to Learn from Frida Kahlo. Intimate Facts about Frida Kahlo that will Give you Goosebumps. 20 Frida Kahlo Quotes to Touch the Core of Your Being.
See relevant Elephant Video