Hips don’t Lie: What our Tight Hips are trying to Tell Us. 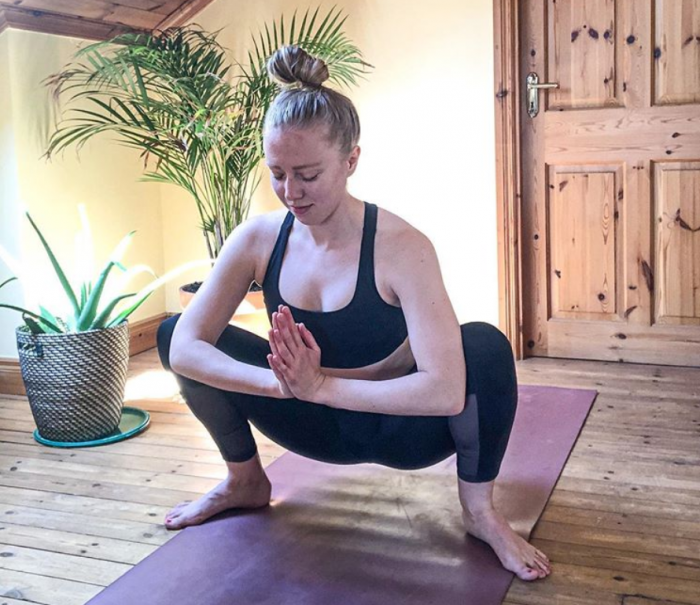 Try this next: The Problem with Stretching Tight Hips & 6 things to Do Instead.

You might have heard yoga teachers saying that hips are “a junk drawer of emotions.”

In yoga, it is believed that there is a strong link between hips and emotions. As a yoga teacher, counselor, and psychotherapy student, I fully agree with this belief.

Before I delve deeper into that metaphysical connection, I’d like to share a few thoughts on the physicality of it.

For many of us living in western society, sitting down for an excessive number of hours is unavoidable. Desk jobs require us to sit for over eight hours a day. If you add to it the time spent during a commute, or while eating, watching TV, or reading, we end up spending between 80 to 90 percent of our time in seated positions.

Due to all this sitting, our hip flexors (and often our hamstrings) become shorter and tighter, leading to lower back pain and decreased balance and stability later in life. No wonder so many people turn to yoga, physiotherapy, or Pilates because of the physical pain and discomfort in their bodies.

However, tight hips are much more than a result of excessive sitting. In fact, I noticed many regular gym-goers and athletes who experience tightness in this area despite their active lifestyles. Some people are even believed to have a tendency to tight hips for no physical reason at all.

The Muscle Of The Soul

As yoga therapist Danielle Olsonstates once said, hip flexors are “the muscle of the soul.” This is because tension and stress, whether it’s mental or emotional, can cause the hip muscles to contract.

Living in a constant state of stress or tension that causes contraction in the hips can therefore lead to tightness and pain.

In this sense, our hips not only respond but also hold on to emotions and stress. They “remember” our own reactions to stressful events, even if we forget them on a mental level. This understanding of the connection between the hips and emotions is consistent with the way tantric yoga views it.

From a tantric perspective, the pelvic area (that includes hips and internal organs) is the location of our second chakra, Svadhisthana, which is closely associated with emotions. The sacral chakra represents our emotional, true self. Through external conditioning that we internalize throughout our life, we acquire unhelpful, self-critical beliefs that can cause blockages on the level of pelvis and hips. This can manifest on a physical level as a tightness, discomfort, pain, or even illness.

In her book, Your Body Is Telling You To Love Yourself, Lise Bourbeau suggested that those emotional, mental, and energetic blockages can be manifested on a physical level as specific illnesses that are there to reflect our false beliefs and our true needs.

According to her theory, tightness, soreness, or pain in the hips is linked to the fear of failure.

In our childhood or teenage years, or at some point in the past, we could have been made to believe that whatever it is that we want or desire in life is not going to work out for us. We simply won’t be able to “pull it off.” This underlying belief is what’s causing the hip pain.

Self-doubt resulting from this kind of conditioning is one reason why we might experience issues in the pelvic region.

Releasing The Past From The Hips

Sometimes, the emotions and memories that are stuck in our hips might not be available to us on a cognitive level. We simply might not be able to fully comprehend the metaphysical reasons behind certain aches and pains in this region. In such cases, all we experience is pain, discomfort, or tightness that we associate with sitting too much.

The good news is that the bottom-up approach to releasing this energy stuck in the hips is effective on all levels: physical, emotional, and energetic. Practicing yoga, especially hip opening poses, brings relief to the muscles and releases emotional tension.

Since this region is so emotionally charged, holding certain yoga poses for an extended period of time might evoke flashes of emotions such as irritation, agitation, and anger. If that happens, know that it is a part of the process.

By feeling it, we release it. Staying with these emotions is the only way through.

Tight hips tell us a story about how we really are and what we really need in our lives. Allowing them to speak by tuning into our bodies can be an uncomfortable but healing process. 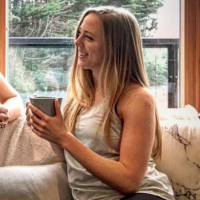 Joanna Langier is a yoga teacher, psychotherapy student, writer, creator, and meditation kinda girl. She recently let go of her fears and left her safe job in a corporate worl… Read full bio

You Deserve a Giver. You Deserve to Heal. Emotional Flexibility is the New Yoga. The Problem with Stretching Tight Hips & 6 things to Do Instead.
See relevant Elephant Video