Not Everything Happens for a Reason—Creating Meaning amidst Loss & Grief. 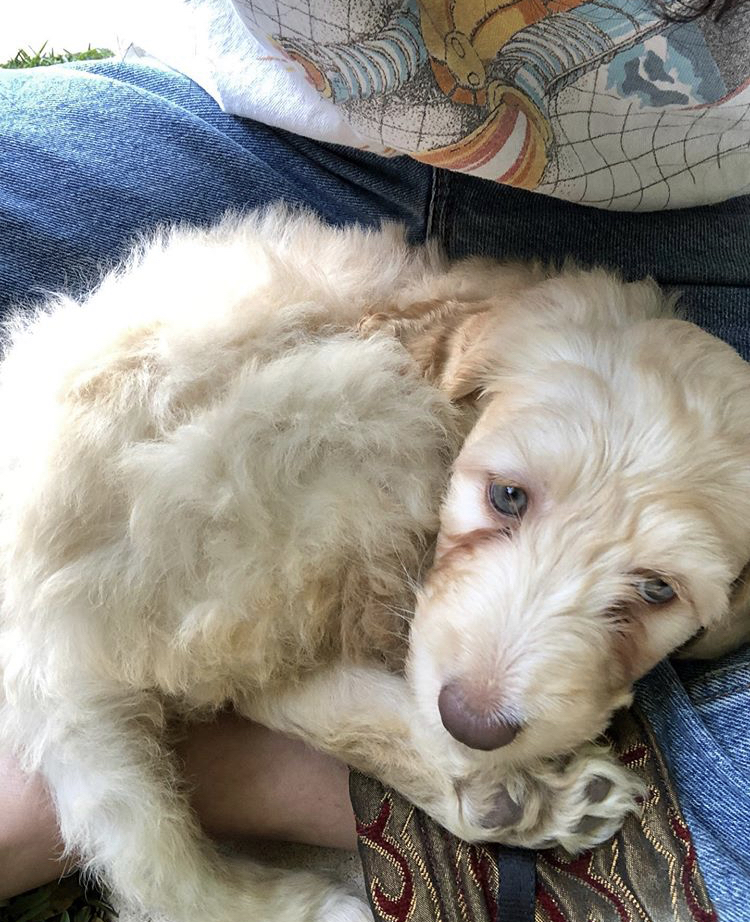 When my sister-in-law would make fresh abgoosht, the traditional soup made of chicken and turmeric for her dog every third day, I have to admit that I thought she was a little crazy.

One by one, my friends caved. All around me, people were carrying around pups in their arms lest their little paws not hit the floor.

All I could do was shake my head and wonder in amazement.

And when my kids pleaded with their own little puppy eyes, I would shake my head too.

“There are two things that will never enter this house,” I would say, “soda and dogs.”

Don’t get me wrong; I am not a hater. Of course, I love puppies.

I also love rainbows and lollipops and gumdrops. There was just no room in my life. There was no space to even care for a houseplant, much less a dog.

I have a practice, a business—hell, I have a third child! Add that to all of the other little things that creep up in daily life, and there is simply no more room for anything else.

That is not to say that I conceded wholeheartedly. In fact, when I gathered the family to share my change of heart, I also shared, quite sternly, that I was not going to be involved. I would do zero, nada, nothing. “I am on board,” I said, “but I will not train, walk, clean up poop or research vets for this dog.”

So much so, that I even refused to see the picture when they found their match.

When my husband suggested that I cancel my patients one Wednesday morning to pick up Sammie, all it took was a slight raise of my brow and he understood.

“Ah, no dear, why don’t you cancel your patients and pick up Sammie?” I relayed with a singular gaze.

When they returned later that morning with the puppy, my husband placed the little thing in my arms. She looked up at me with her gray-blue eyes, and I felt chills down the back of my neck.

Soulful, I thought to myself. This dog had the eyes of an old soul.

The next morning, when I woke for my run, she was awake too. She lifted her head expectantly. I really did not want to be dissuaded from my schedule, but she was so tempting, I could not help but grab her from her pen.

We spent the morning running outside before she fell asleep in my arms. The same thing happened the next morning, and the following as well. Before I knew it, I was using overly dramatic Farsi epithets.

Meemeram-vaset, “I die for you.”

It’s embarrassing how melodramatic my mother tongue can be. And yet despite myself, it felt appropriate to say.

It amazes me how quickly dehl-mebandeem, how quickly we “bind our hearts to one another.”

On the sixth day that she was in our home, I skipped down the stairs, myself expectant, to give her a hug. On this morning she lifted her head ever-so-slightly before she dropped back down on her pillow. How unusual? I thought to myself.

She had thrown up the night before. But they were small amounts, maybe a teaspoon. I had dismissed it. Maybe the kids had fed her too many treats that day?

But this I could not dismiss. This set my maternal alarm bells clamoring. I scooped her up and drove to the veterinary hospital. As I rattled off the case to the vet in doctor short-form, I was careful to note that she had already received her second parvovirus vaccine—insinuating, of course, that this could not be the dreaded parvovirus.

She must have just eaten something wrong. But as she looked at me with those soulful gray-blue eyes, I could not help but feel dread.

My worst fear was confirmed. She was infected with the virus and likely had been ill all along. Now she was really ill, but we agreed to take her home and try to nurse her back to health ourselves.

That night we placed her on her pillow as the five of us doted around her. I made her abgoosht that my seven-year-old spoon-fed her, as she was too weak to eat on her own.

The next few days came with a slew of unexpected’s—neutropenia, fever, hypotension, pneumonia. And they were also accompanied by a host of unwanted’s—sadness, worry, anger, anxiety. This is certainly not what we had in mind.

But that is what we got. It seemed no space could be big enough to contain their sadness the morning I had to share the unfortunate news. But of course, somehow, I found space for that too. As mothers, that is what we do.

I am not one to say that everything happens for a reason. I also cannot believe that a sweet little dog travelled across the country to capture our hearts only to cause us pain and suffering in her loss.

But I do think we can create meaning.

I keep thinking about space. How convinced I was that I had none. And yet, when that little puppy arrived, I made space—for presence and for play, for the hospital and for doctors, for abgoosht and for walking aimlessly around the house with uncertainty and heartache.

Perhaps I can find meaning in the lesson. Perhaps we cannot expect to just have space. Space does not just plop into our laps. We must create space—space for joy, for connection, for meaning, and of course, for grief and pain and loss.

Right now, I am still sitting with those eyes. 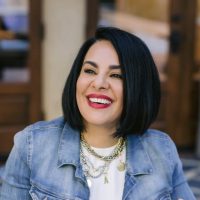 Adrienne Youdim, MD, FACP, is an internist who specializes in medical weight loss and nutrition. Her mission is to transform the weight loss narrative to one that is both empo… Read full bio

What to Do when your Pet Dies (Buddhist Tips & Mantras to Help you Grieve). Mindfulness & Death: 3 Helpful Practices to Do when Losing a Pet. The Gift of Grieving our Furry Companions.
See relevant Elephant Video