The Art of Letting Go of Anger, Worry, & Resistance (& How to Cultivate Acceptance Instead).

“I just trimmed those yesterday,” has been my go-to call of frustration concerning our landscaping nearly every day the last couple of months.

I have been prone to lamenting the vast amount of yard work that has to be done weekly, if not daily, since we moved to this house three and a half years ago.

And for someone who doesn’t really know much about plants, it’s been a lot for me to take on, especially in spring and summer when everything goes crazy.

So, since I really don’t know what I’m doing, my practice has been to respectfully ask each plant for its understanding and forgiveness as I snip here and snip there.

And since I haven’t mortally wounded anything yet, I guess the natural world is still willing to work with me.

One redeeming fact is that I do have a good eye, so I can at least make things look nice. That, however, hasn’t helped change my mood.

I have been on the path of self-awareness for decades.

In my teens, I read authors like Shakti Gawain and Leo Buscaglia. (That’s gotta take you back!) In my 30s, I was introduced to the world of subtle energy via Reiki, and later became a Reiki Master. For 13 years, I’ve been part of an esoteric philosophy group that studies the works of Alice A. Bailey and beyond.

I became certified as an Eden Energy Medicine Practitioner and had my own part-time practice, taught energy classes, and led study groups.

What, you might ask, does this background have to do with plants? Well, for one thing, you’d think that I would have figured out by now that it is utterly futile to hold nature against itself.

A couple of weeks ago, right as I came up the driveway and saw excess sprouting, instead of reacting in frustration, I finally realized how silly I have been and how much energy I have wasted in allowing myself to become so upset.

I had a flash that showed me that the plant was only being a plant and nothing more, and that this just happens to be the season when it’s doing its thing faster than in other seasons. I also realized at that moment that I was only focusing on what I was upset about and was sadly missing out on the beauty in front of me.

The mind likes to hold grudges and to make things wrong. It feels superior when there’s something for it to judge, even if that something is not rational—like blaming a plant for being a plant.

The mind separates, orders, divides, labels; it is always on the alert to keep us safe from what it considers to be dangerous. And it’s become so obsessive about danger that it can toss almost any mere annoyance, like my frustration, onto that list.

When the mind sends the message of danger through the body, the nervous system goes into fight-or-flight, whether there is a true threat or not. This means that we are in these scenarios a lot, which is unhealthy on all levels.

Back to my flash. That insight helped me see the energy for what it truly was instead of my mind making it out to be an enemy.

Now when I notice that it’s time to snip again, whether it’s been 12 hours or less, I say something like, “Holy cow! You are super good at doing you!” And I smile!

Acceptance is so much easier on our energy than resistance.

When we fret about something, worry, or hold onto anger, it is like putting that same energy back into whatever is bothering us. Worry, they say, is like praying for what you don’t want.

But with the practice of a new perspective, we can train our minds to operate more peacefully.

As we expand our energy awareness, there’s more of it to get to know. We are never done. We teeter and wobble and find our balance as we move forward, but the path is never a straight line. We can find ourselves circling back to a former lesson that still needs a level of healing that only a “new” awareness may bring.

Look for triggers. Take a deep belly breath in through the nose and out through the mouth as soon as you feel caught by something. This simple act slows your usual response, expands your energy versus contracts it, and because more oxygen is flowing to your brain, it allows for better decision-making.

All of this comes in just a couple of seconds with one big breath, and it offers the opportunity for growth. Start here with this small, but important step. See where it leads.

The object is to become more aware of your reactions and how you can affect them instead of them affecting you. So, when something comes up…notice, take a breath, and then choose a different response.

It takes patience and practice, especially when the past reaction has become a habit, but a new habit can just as easily be born.

I had to help myself get beyond the game that my mind had been playing over and over.

The sprouts are still sprouting, and there is still a ton of maintenance that I need to do. But as I take a breath and appreciate nature’s nature, I work with acceptance instead of resistance, and that is a wonderful change. 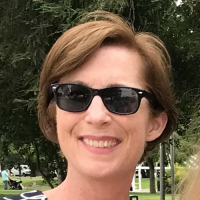 The Fourth Kind of Love. 8 Ways to Quit Being So Petty & Judgmental. 20 Ways to Connect to the Present Moment.
See relevant Elephant Video