When a Rabbi walks into a Yoga Class on the Sabbath: A Story of a Jewish Yogini. 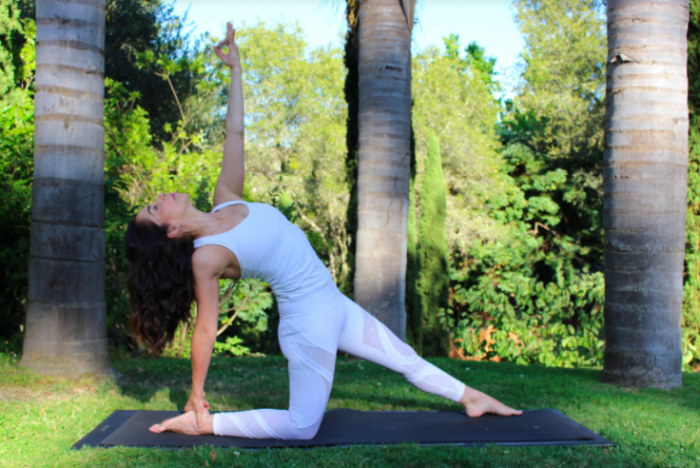 I am an unintentional Jewish yogini.

At the onset of my yogic exploration, which began in the midst of my rabbinical seminary studies, my desire to practice came from a pretty pragmatic place.

I was quite analytical and intentional about expectations. I was not in search of an alternative spiritual path—in fact, I was determined not to let yoga “interfere” with my dedication to Jewish practices and my extensive kehillah (sacred Jewish community). I was craving a deep, physical workout that was non-aerobic and non-competitive. I wanted to change my body—not my brain.

I never expected to walk into class and learn about humility, compassion, and gratitude. I never thought that I could be brought to tears by deep hip openers—not because they were physically painful, but because they allowed me to release deep emotional baggage—pieces of my childhood that I had hidden away deep in the layers of my body. I certainly did not expect to build a kula—a yogic community—centered on so many of the same values that had brought me so deeply into Judaism many years ago. I never intended for this practice to dig so deeply into my heart.

For a while, I succeeded in keeping these two communities far apart from each other. I definitively separated the two practices, rejecting small pieces of yoga that seemed potentially antithetical to Jewish practice. For instance, I created a holy and sacred bubble around Shabbat (refraining from yoga practice). I sat quietly while the rest of the students chanted in Sanskrit (mostly because I had no idea what I was saying and didn’t want to inadvertently pray to other gods). I didn’t bow to the teacher at the end of the class (the room was dark and I sat in the back in the corner and prayed that no one noticed).

While some of my rejections of the rituals were based on the principle of ma’aret ayin (concerned with the perception and reaction of my Jewish community if I were to engage in such practices), in truth, most of my decisions came from a place of trying to make an intentional separation in order to maintain personal integrity.

I remember the day when I realized that artificial split between my yoga practice and my Jewish identity was a construct that I had self-imposed, and one that eventually I could eventually dismiss.

One rare Shabbat morning when I was not scheduled to lead services at the synagogue, I found myself craving time on the mat. I spent a few moments trying to remember why I thought it was so important to not practice on Shabbat, and I couldn’t remember any of my so-called deeply analytical reasons. Suddenly, and without hesitation, I found myself on the way to the yoga studio to attend what had been rumored to be the hardest, deepest, richest, most intense class of the week. I figured that few people would pay attention to the fact that it happened to be Saturday morning and that I was in class.

The moment I walked into the studio, I felt as if every eye in the room had turned to stare at me. And suddenly, I realized that a full sanctuary’s worth of my congregants was seated on mats around the room engaged in pre-class chatter. The chatter quickly ceased as their stares intensified. I wanted to disappear—but I was determined to stay.

So, I did what any rabbi would do in this mildly uncomfortable situation. I smiled, mustered every ounce of sweetness from my heart, and said, “Shabbat shalom!” in a cheery tone. In turn, they broke their silence, welcomed me, quietly mumbled an almost inaudible Shabbat shalom, and made a space for me to unroll my mat. It felt a bit surreal, and I was already imagining the letters that the synagogue board would receive on Sunday morning. Then, blissfully, class commenced. Each one of us became immersed in our own personal practice, surrounded by the presence of the others. In fact, strangely, it felt like being in a synagogue—except it was so much…better.

I allowed myself to get lost in the movement and the breath and stayed on my mat—literally and figuratively. It was a profoundly intensive class, filled with deep physical practice, intentional breathwork, yogic wisdom, and communal chanting.

At the conclusion of class, I tried to gracefully escape from the room, but I was quickly surrounded by a mass of congregants (far more than those I had noticed at the beginning of class). Rather than coming to admonish me, they had questions—many questions—and not ones that could be easily answered. To my surprise, the inquiries were less about me and my presence at the studio, and more about the intersect between Jewish thought and yogic wisdom, as well as the inherent disconnect between the two.

Apparently, I was not the first Jew to grapple with these issues. My congregants drilled me with questions concerning bowing, chanting, Buddha, and a myriad of issues that I hadn’t even considered yet.

When the instructor gently asked us if we could take our conversation out of the studio as the next students were about to begin their class (akin to the typical transition between the “early” bar/bat mitzvah service to the later one in the synagogue…) we ended up at the nearest coffee shop and spent two hours delving into a brutally authentic conversation about why we all found ourselves in a yoga studio on Shabbat morning.

What did yoga offer us that the synagogue could not? I didn’t have the answers. In fact, I had many more questions than they did about the intersect of these practices, and how each one informs the other. It was a profoundly spiritual moment in my exploration.

After two decades of maintaining a dedicated yoga practice and exploring the intersect between Jewish wisdom and yogic philosophy, I have come closer to answers—although I remain on the path of inquiry. In the beginning, I was myopically focused on learning the poses—especially the advanced ones—the same way I learned proper form to perform other physical practices (dance, weightlifting, and more). Quietly, I ignored all of the instructor’s breathing cues. Surely that was just secondary to the execution of the poses, no?

The day I learned that the yoga practice was all about the breath, and the poses were created to distract the brain and deepen the breathwork was the day that my practice exploded.

And the day that I realized that the breath was all about The Creator of All moving in and out of my body, my relationship with God changed forever. I understood in a way I had never been able to comprehend before that moment that living in a place of Tiferet—the ultimate harmony of body, spirit, soul, and Divine Presence—is virtually impossible. Yet if we understand how to tap into that place of inner peace through the breath, if we are able to let go of our fears and worries and just allow gevurah (strength) and chessed (compassion) to take over, we can find Tiferet whenever we are in need.

While my physical practice has experienced an ebb and flow, the cumulative effects of the practice have deeply influenced my relationship with humanity and with God. In this new time of sheltering and social isolation, I feel privileged to continue to deepen my practice from the safety of home, discovering calmness in a time of chaos, and finding that each experience on the mat brings me into deeper personal exploration.

Both of these spiritual paths have led me down beautiful, unique, holy places in order to experience the Holy One of Blessing, and I am eternally grateful to be on the journey. 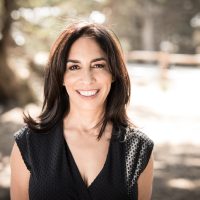