I spent 35 years Thinking Astrology was Hogwash—Here’s Why I Don’t Anymore. 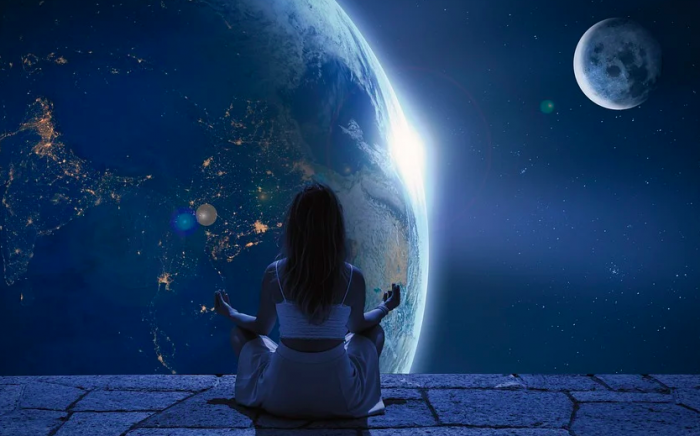 I spent the first 35 years of my life thinking astrology was hogwash.

Now I am a practicing astrologer, and deeply believe that astrology provides each of us with a blueprint for a more conscious and authentic life.

How did this radical shift happen?

It’s complicated, but it started somewhere simple—discovering my moon sign. Before then, my understanding of astrology was rudimentary and limited to the “sun sign” horoscopes you read in the back of magazines. Born in mid-August, my sun sign is Leo, and the delineations of Leo never resonated with me. I am not attention-seeking; in fact, I much prefer working behind the scenes. I’m not prone to drama and oversharing. In fact, although these qualities may have been slightly more applicable in my teenage years, for most of my adult life I have struggled to divulge personal information, even to close friends and family.

Now that I have a more nuanced view of astrology, I understand there is a lot more to Leo, and some of the characteristics do ring true. Initially, however, the jarring mismatch between the Leonine traits and how I perceived myself put me off pursuing astrology any further.

One day, a friend explained that the sun sign, while important, is just one piece of your cosmic story—a story told primarily through your birth, or natal, chart. You also need to identify, at minimum, your moon sign, the signs of the eight planets (from Mercury to the now “dwarf planet” Pluto), and your rising sign, or Ascendant, which is the sign that was on the horizon at the exact moment you were born. Taken together, the signs of these celestial bodies or points, along with the house of the zodiac in which they are located and the relationships, or aspects, between them, provide the minimum information to start interpreting your birth chart.

Once I found out my moon sign was in Virgo (a sign almost opposite, in many respects, to Leo), it was like everything clicked into place. Here was my perfectionism, my attention to detail, my interest in natural therapies. Here was my comfort level with being ‘one of the team’ rather than a trailblazing leader.

In retrospect, it all makes sense. I was born at night, which means I have what in traditional astrology is referred to as a “night chart.” One of the facets of a night chart is a likelihood of feeling more strongly connected to one’s moon sign than one’s sun sign. But I didn’t know that at first. All I knew was that I felt seen by astrology, and it made me want to investigate further.

As I started deep diving into my birth chart, something unexpected happened. The more I learned about various placements, the more I started to accept facets of my personality that I had previously disliked because I understood them in a new light. Traits I had always viewed as character flaws started to lose their negative connotation and became instead a neutral part of my intrinsic makeup, like having blue eyes and brown hair.

The fact that I am super competitive? I have Mars (the planet of action) in Scorpio (steely determination) on the cusp of my seventh house, which relates to partnerships. The fact that I have struggled with anxiety, particularly health anxiety, for as long as I could remember? I have Mercury (mental energy) in Virgo (obsessive tendencies) in the sixth house (relating to health), conjunct (joined with) the Moon, which describes emotional response. I wasn’t a failure because I experienced these things while someone else didn’t. I was working within the container that was assigned to me at birth, doing the best I could with the tools I had.

Learning more about my placements also helped me reframe them in a more positive light.

For instance, in traditional astrology, both Mars in Scorpio and Mercury in Virgo are in their domicile, or home sign, where they are able to most comfortably express their energies. When I deeply reflected on this, I recognized that the competitive spirit that made me a less-than-ideal board game participant also helped me to excel at team sports, which have, over the years, given me countless hours of camaraderie, fun, and stress relief. And my strong analytical ability and verbal acuity has helped me countless times in educational and career settings, even if it can get taken too far when I get stuck in an anxiety loop and spend hours spiraling through online medical journals. A fundamental principle of astrology is that each placement contains both light and shadow.

When forearmed with this knowledge, I found I was more capable of celebrating the positive while recognizing, and showing grace to, the shadow when it did appear.

Perhaps most importantly, I also found the empathy I began to show myself was more easily extended to other people. Through studying charts, it became apparent how diverse we all are and really brought home, in a tangible sense, how the triumphs and challenges you navigate through in your life may be completely different from those I face in mine.

For example, my Mercury in Virgo with its detail-oriented organizational capability is completely different from my husband’s Mercury in Sagittarius, which is more likely to focus on the big picture and not worry about the steps required to get there. Realizing this made me accept, after 10 years of marriage, that I’m usually going to be the one doing our taxes and keeping track of family appointments, and he’s usually going to be the one who makes me laugh when I get too serious. That’s what works for us. At one point, I would have resented my husband for not taking care of the daily minutiae, but now I know it is not his strength, so I accept it as it is. There’s no need to wish it otherwise.

Astrology has freed me from the limiting belief that there is only one way, or a handful of ways, to succeed at life, and instead helped me to hone in on the choices and environments that suit my unique blueprint. I have found it to be an invaluable guide to an authentic life, and one I now work to share with others. 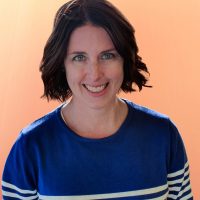 Monica Sullivan is a passionate advocate for astrology’s role in creating a purposeful life that is aligned with one’s individual strengths.  When she’s not… Read full bio