The Ugly Truth about Eating Disorders. 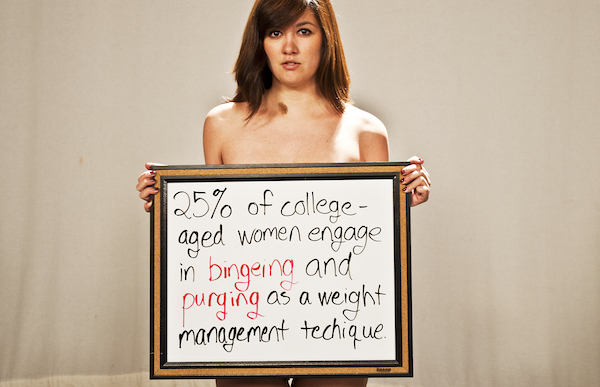 Yesterday, I listened to an episode of “Empty Inside,” Jennette McCurdy’s podcast, on eating disorder recovery.

I haven’t listened to anything recovery-related in a long time, haven’t read any books, followed any “recovery” pages on Instagram, nothing. Being in recovery has become boring. The conversations are limited, the fakeness that I see is prevalent all throughout the community, and I’m over it.

But the podcast episode was the most real, honest conversation I’ve heard in a long time. Discussed were the facets of eating disorders and recovery that no one seems to be able to talk about: symptom use, calories, weight gain, veganism—all of the things that usually would be considered “triggering” to most people. At this point in my recovery, if I get “triggered” (I actually hate that word, I prefer “activated”), it’s my own doing, and not the fault of anyone else. I believe at this point that if I were to feel activated by something, it’s a great place for exploration and growth, not anger and fear.

During my time in a treatment program, there were a ton of rules on what we could and could not talk about, whether it be food, numbers, explicit symptom use, or in trauma group, we were not allowed to discuss our specific traumas because we might upset someone else…like what?

Back then, I noticed nothing, I thought that was just how things went. Now, I notice just how overly sensitive that is to a community that is probably more sensitive than anyone. I think I would have gotten much more out of my time there if we all had been allowed to speak about some of those things, even if I got “triggered” or “triggered” someone else. It’s in those experiences that we learn our own tics, fears, and boundaries.

Those moments of extreme agitation give us the opportunity to say, “Me too” or, “That’s really bothering me, can we talk about why?”

I brought those sensitivities with me out of the treatment bubble and into the way that I write, post, and overshare about my own eating disorder recovery, and that is why I believe I found myself struggling with the community. Everyone uses the same language, shares the same things, and never discusses their real issues. We all know that eating disorders are not about the food, the body image, or the weight, but that they are a symptom of something different, and that is the thing we’ve all fixated on, and talking about that is important too.

Here’s the deal: I’ve had an eating disorder in some variation since I was eight years old. Back then, it was sneaking food and eating alone. In middle school, it turned into bingeing in social situations because I was anxious and eating “healthy” the rest of the time. High school brought along the anorexia and exercise obsessions. I woke up before school to run, ate maybe 800 calories a day, played sports, went right to dance class after, and passed out at night. I stopped going to lunch, and that was that.

College brought along the obsession with working out, running half marathons, playing club sports, 6 a.m. spin classes, and severe restriction. It also brought along a period of vomiting up anything I did eat. I remember I did poorly on a test, walked right into the bathroom in my apartment in front of my roommates and their friends, and threw my guts up without a single care about anyone seeing me. Even in my yoga community, we were engaging in diets that avoided all processed sugars and carbs, only eating “real food,” and participating in gallon-challenges where we basically flooded ourselves with water every day. I thought that was the best thing for me.

Post-college, I started working nights, and I was so afraid of gaining weight that I would only eat one meal on my shift to keep myself going, force myself to exercise after work, and sleep the rest of the day to avoid eating. At that point, I was in my yoga teacher training as well, and with all of the extra-heated vinyasa classes I had to take, even though it was yoga, it was part of my eating disorder. The anorexia and compulsive exercise were real. Everyone was complimenting me on my body and being skinny, and I loved it. I gained and lost the same 30lbs from the start of college until I went to treatment when I was 23.

My eating disorder wasn’t pretty, it wasn’t fun, and it wasn’t a way to live my life, although I needed it at the time to keep myself “safe.” I wish every day that I could look back on my life and see it without the lens of the disorder, but it’s impossible. Every photo I see, I can tell you exactly what I was doing to myself at that point in time. Every memory that I have, I can see how depressed I was, and how much I was struggling, even though I was hyper-functional and always had a smile on my face.

I would love for these to be bigger parts of the conversations around eating disorders. The over sensitization of the people struggling gives them control over other’s stories, when sometimes what we really want to do is share those ugly truths that we keep to ourselves.

This is my ugly truth. What’s yours? 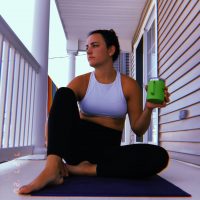 A Message for anyone in Recovery from Food & Body Image Issues. Some Days, I Crave my Eating Disorder. Why we Self-Medicate, Punish & Reward ourselves with Food—Healing Disordered Eating.
See relevant Elephant Video